Heads up: there's going to be a lot of road closures in emirate over the next five days for the Abu Dhabi Tour

Routes in the city, Al Ain and the Western Region will be impacted by the UAE’s pro cycling race, which starts February 21

Hitting the road in the next few days? Get ready for some delays while some of the world’s top cyclists pedal their way through the emirate.

The 4th edition of the Abu Dhabi Tour runs from tomorrow, February 21, to Sunday February 25. There are five days of racing, so you can expect road closures and delays on all these days.

The first stage takes place in Madinat Zayed on February 21. See the map below for the details of when the roads will be closed. This will mainly affect people traveling to Liwa from Madinat Zayed. Road closures start at 11.30am. 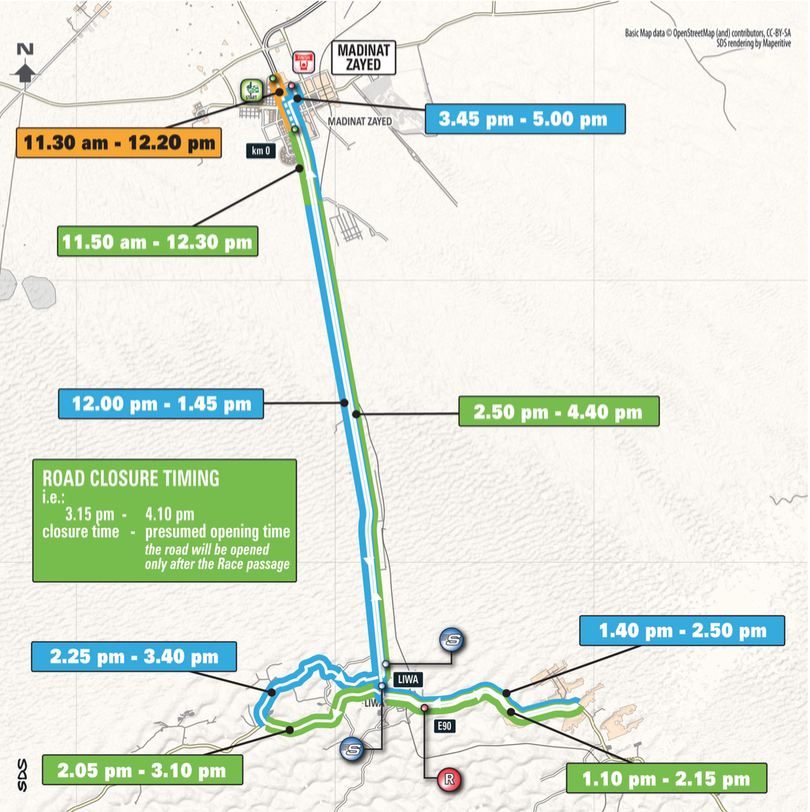 Stage 2, on February 22, starts at 11.10am on Yas Island and heads out towards Al Bahia and Khalifa Port. Again, check out the map below and plan accordingly. 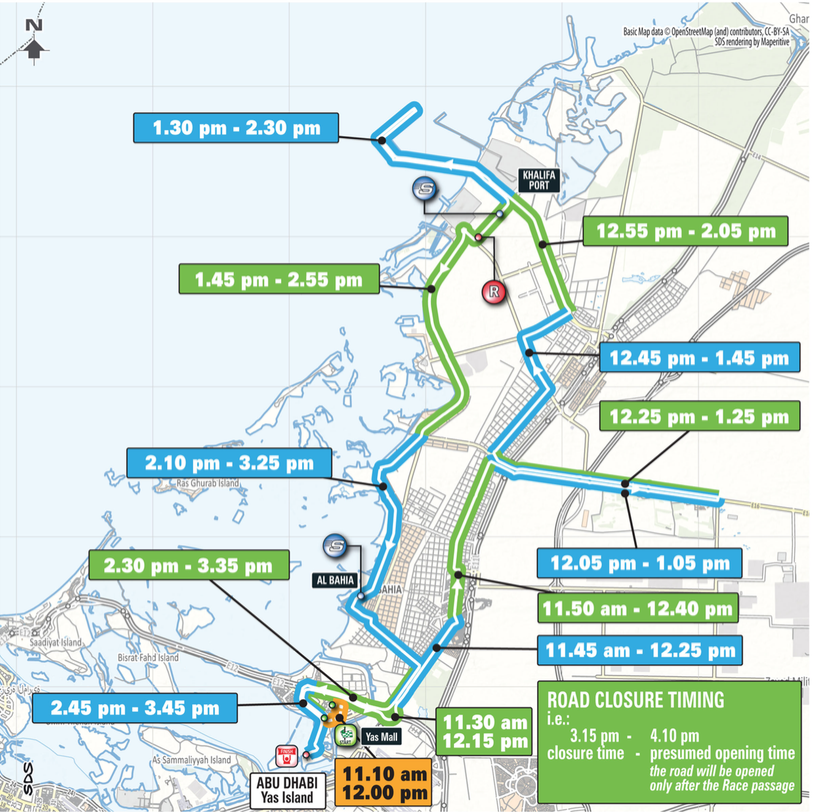 The pros do a loop of the capital for Stage 3, on February 23, starting at the Corniche at 12.45pm. They finish on the Corniche at 5pm, passing down Al Khaleej Al Arabi, and the Yas Highway en route. Baniyas will also be impacted. 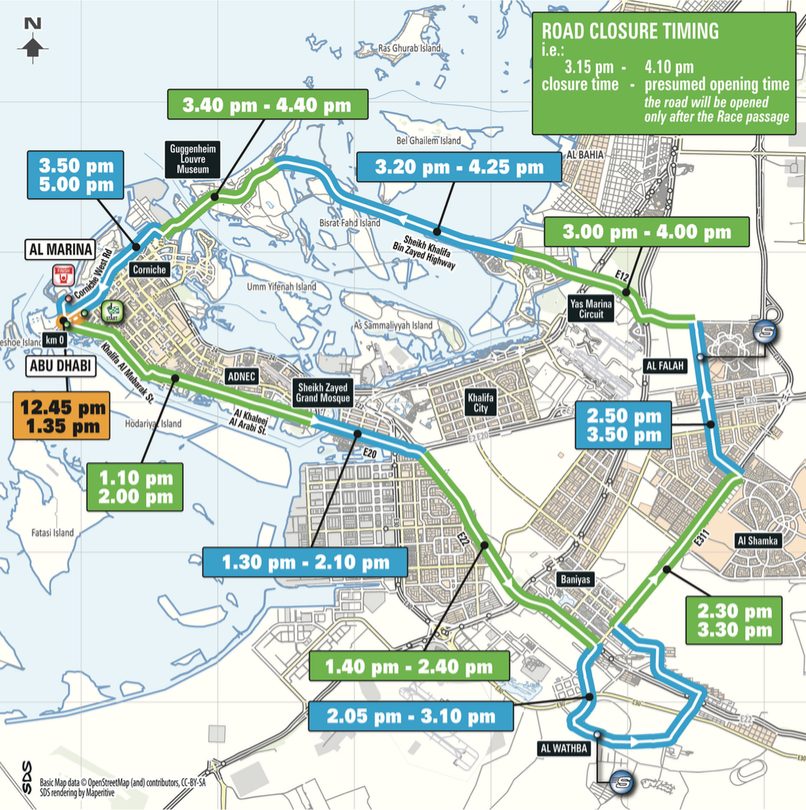 Stage 4 is 12.6km time trial on Reem and Maryah Islands. The cyclists do this event one at a time so the road closures last from 11.30am until 3.50pm. 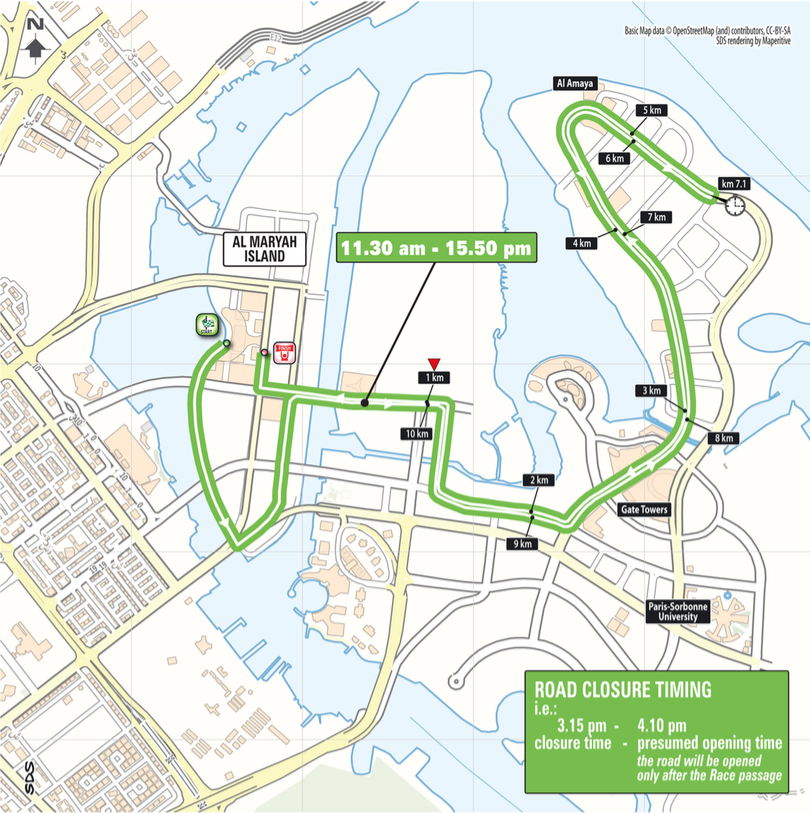 Finally, the fifth and final stage takes place in Al Ain next Sunday, ending up Jebel Hafeet. Expect road closures from 11am. 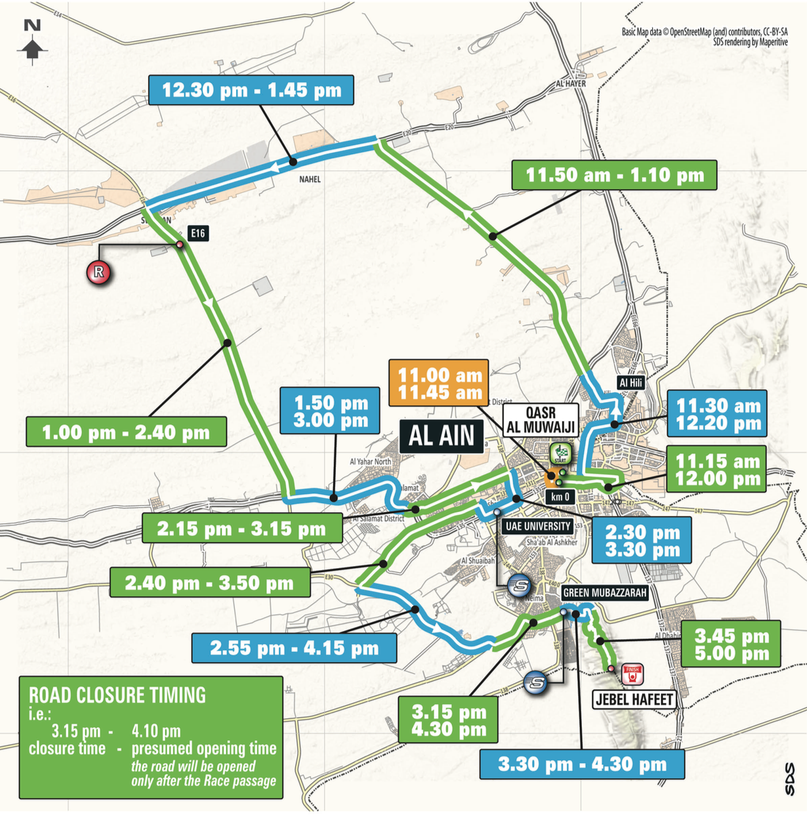 The good news is the majority of the closures are rolling, meaning sections of the route will only be closed for a few minutes to let the cyclsts through. And they ride at around 45kph, so they won’t be there for long.

Finally, check out the map below for an idea of where the pros will ride over the next five days. The race was won last year by the country’s very own team – UAE Team Emirates. 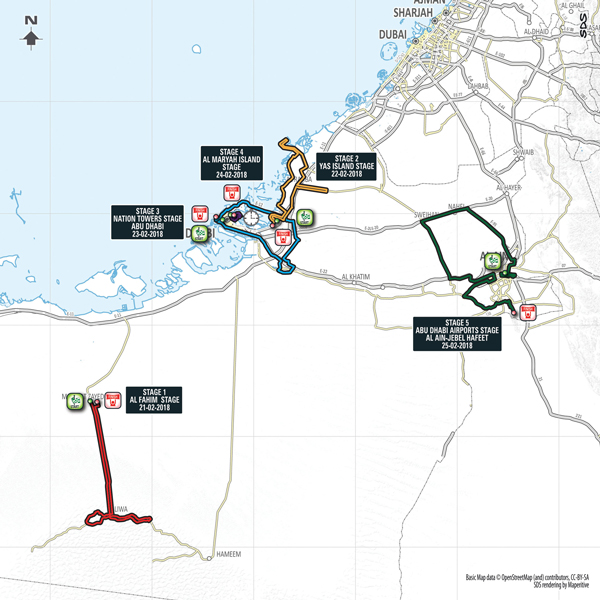 News
EDITOR’S PICKS
UAE holiday dates announced for National Day
READ MORE
Emirates Dubai 7s is back: Here's why we're excited...
READ MORE
Tennis ace Andy Murray to play at Mubadala World Tennis Championship
READ MORE
UAE 50: Where to watch National Day fireworks in Dubai
READ MORE
MOST POPULAR
Etihad up to 50 per cent sale for National Day now on
First look: Indego By Vineet reveals an eye-catching revamp
Abu Dhabi: Free parking and Darb dates for Jubilee celebrations
Abu Dhabi events updates: Green Pass not required for tourists
UAE petrol prices announced for December 2021
YOU SHOULD CHECK OUT
Our website uses cookies and other similar technologies to improve our site and your online experience. By continuing to use our website you consent to cookies being used. Read our privacy policy here.