This iconic modern dance company is coming to Dubai Opera

The Alvin Ailey American Dance Theater will take to the stage in October.

October is going to be a massive month for dance lovers in Dubai. We’ve already got Swan Lake by the Houston Ballet to look forward to, and now it’s just been announced that another incredible dance company will be making its Dubai Opera debut.

The Alvin Ailey American Dance Theater will be performing five shows in the Downtown venue from October 4 to October 6. 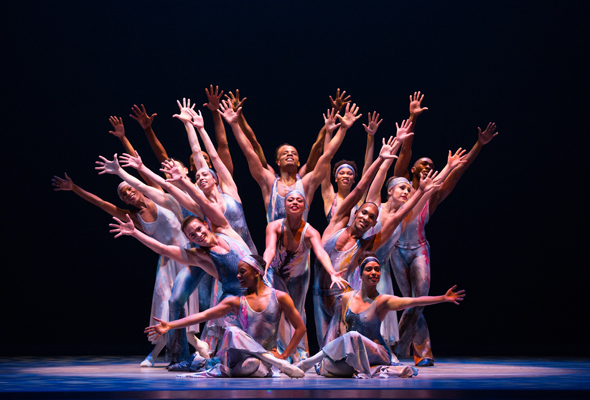 Not familiar with their work? Founded by African-American choreographer Alvin Ailey in 1958, the New York-based dance company is renowned for revolutionizing modern dance. Throughout the years, the dance company has performed to an estimated 25 million people in 71 countries.

This video shows the dancers performing in the streets of Paris:

So, what can you expect to see at their shows? The dance company will perform two diverse programmes of extraordinary ballets, including Revelations, the masterpiece Alvin Ailey created in 1960 that has been experienced by more people than any other work of modern dance.

Tickets start from Dhs250 and are on sale via the Dubai Opera website.

Culture
EDITOR’S PICKS
13 Sheikh Hamdan-approved restaurants in Dubai
READ MORE
Dubai brunches temporarily banned in new preventative measures
READ MORE
12 upcoming Dubai mega-projects we can't wait for
READ MORE
16 of the best beach bars in Dubai for sundowners
READ MORE
MOST POPULAR
Stay at the new Hilton Abu Dhabi Yas Island with park access from Dhs429
This Dubai beer garden is the perfect post-work watering hole
BOA Dubai has closed forever, here's what will replace it
2 Dubai chefs are teaming up for a cool collaboration in D3 next week
Win! Dhs500 to spend on food and beverages at Dubai Festival City Mall
YOU SHOULD CHECK OUT
Our website uses cookies and other similar technologies to improve our site and your online experience. By continuing to use our website you consent to cookies being used. Read our privacy policy here.