Tennis ace Maria Sharapova has been forced to pull out of the Dubai Duty Free Tennis Championships this February after initially accepting a wild card to join a field of top contenders on the Women’s Tennis Association (WTA) Tour.

A statement issued from the Tournament Director Salah Tahlak cites injury and illness as the reason behind the last minute withdrawal. Neither Sharapova nor Madison Keys will be at the tournament according to the new statement. “Maria said that she  is very sorry she cannot be here and hopes to come back next year. We wish her and Madison a speedy recovery,” added Tahlak. 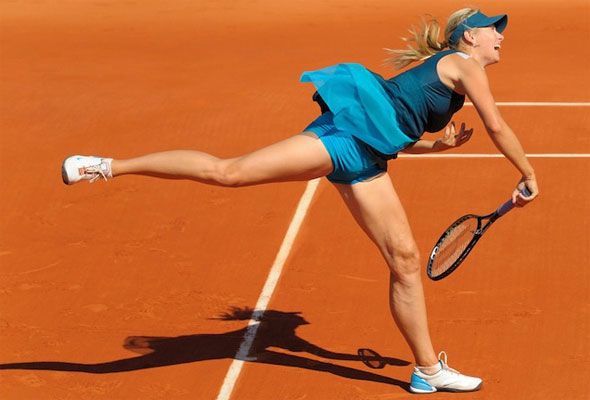 Sharapova’s last appearance in Dubai was back in 2006, when the five-time Grand Slam winner beat former champion Martina Hingis and defending champion Lindsay Davenport before falling in the final to another former Dubai champion, Justin Henin.

Grandstand ticket prices start at Dhs55 for opening rounds, and are priced up to Dhs735 for the finals.

Sport & Fitness
EDITOR’S PICKS
13 Sheikh Hamdan-approved restaurants in Dubai
READ MORE
Dubai brunches temporarily banned in new preventative measures
READ MORE
12 upcoming Dubai mega-projects we can't wait for
READ MORE
16 of the best beach bars in Dubai for sundowners
READ MORE
MOST POPULAR
You can now buy Marks & Spencer's clothes at Nakheel Mall, Palm Jumeirah
Dine with acclaimed chef Massimo Bottura in Dubai this month
Tuck into Moroccan cuisine at this gorgeous restaurant in Downtown Dubai
Who are the better drivers in the UAE, women or men? The results are in
6 fun things to do in Abu Dhabi this week: March 7 to 10
YOU SHOULD CHECK OUT
Our website uses cookies and other similar technologies to improve our site and your online experience. By continuing to use our website you consent to cookies being used. Read our privacy policy here.