The UAE’s Ministry of Energy has announced that petrol prices will decrease in March, the first decrease of the year.

Diesel prices will experience the biggest decrease, to Dhs2.43 a litre. 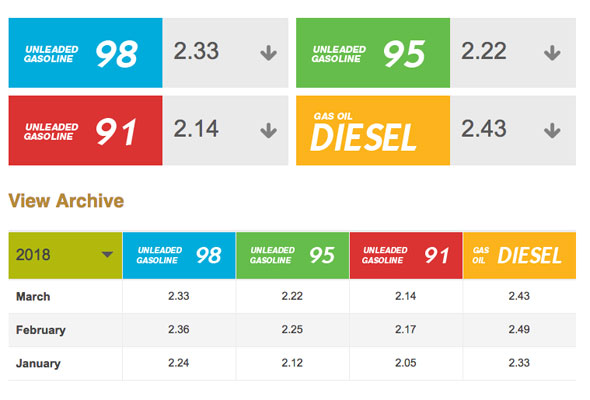 The VAT rate of five per cent for petrol, which was introduced in January, is included in the above prices.

The UAE’s Ministry of Energy first began setting fuel prices based on average global prices in August 2015. Before that, the price of petrol in the UAE was subsidised by the government, which shielded consumers from global fluctuations in the cost of petrol.