There’s already some fantastic (and versatile) acts booked for Dubai Opera this year, and now the venue has announced that three-piece swing artists The Definitive Rat Pack are to put on two shows this July.

Performing on Tuesday July 3 and Wednesday July 4, the world’s finest interpreters of Frank Sinatra, Dean Martin and Sammy Davis Jr will be hitting the Dubai Opera stage to perform some of the most popular hits from the swing decade.

The three British artists, made up of Stephen Triffitt, Mark Adams and George Daniel Long,  have been paying homage to the original Rat Pack in shows across the globe for the last ten years, performing to over 10 million people worldwide.

Expect to swing along to iconic tracks including I’ve Got You Under My Skin, Fly Me to the Moon, Sway, Ain’t That a Kick in the Head, Mack the Knife, My Way, New York, New York and many more classics. 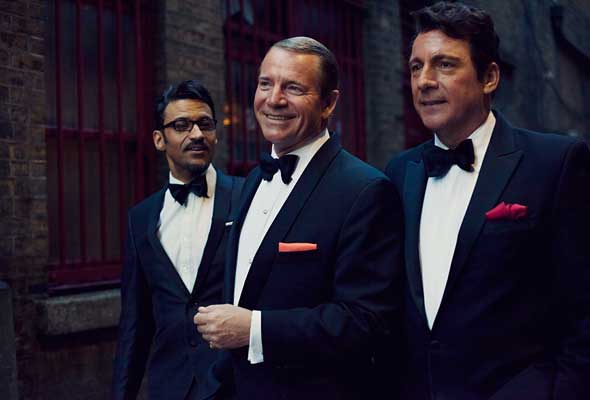 Tickets will go on sale for The Definitive Rat Pack today, with prices starting from Dhs175. There is also an Early Bird offer with 20 per cent off all seat caterogies available for purchase up until the 6th May.

The Definitive Rat Pack is the latest act to be announced for a 2018 show at Dubai Opera. It joins the likes of 90s pop band Steps, legendary ballet Swan Lake, and the award-winning musical Ghost which are already on the bill for this year at the venue.

Culture
Nightlife
Theatre
EDITOR’S PICKS
What’s On Nightlife Awards 2021: Here are the nominees...
READ MORE
It's back! What's On Lock In returns to Media One Hotel
READ MORE
Arts and culture: 5 spots we can't wait to visit at Expo 2020 Dubai
READ MORE
UAE petrol prices are set to decrease in September 2021
READ MORE
MOST POPULAR
Abu Dhabi: Wristband no longer required for most home quarantine
As of September 19, PCR test not required to enter Abu Dhabi from UAE
This new family-friendly brunch includes free cinema tickets
Pics of the week: Your best photos of the UAE
How to use Playkey.me, the region's first supercharged cloud gaming service
YOU SHOULD CHECK OUT
Our website uses cookies and other similar technologies to improve our site and your online experience. By continuing to use our website you consent to cookies being used. Read our privacy policy here.