Confirmed: The Weeknd to perform at the F1 after race concert

We reckoned from the first clue Yas Marina Circuit posted to their social channels that we knew who it was, but now it’s been confirmed that The Weeknd is set to perform on Friday November 23 at the Abu Dhabi Grand Prix after race concerts.

Over the weekend, Yas Marina Circuit displayed the visual of a constellation of stars in a circle:

And while guesses flew around that it could be Coldplay (referencing A Sky Full of Stars) or perhaps Kendrick Lamar (All The Stars), eagle eyed social media users noticed that within the constellation, the stars spelled out ‘Starboy’. Starboy was the name of The Weeknd’s third studio album, and number one hit by the same name.

This will be only the second time the R&B superstar has been to the UAE, after first performing in Dubai in 2014.

Although he began releasing music in 2010, it wasn’t until 2014 that The Weeknd achieved international fame, working with artists including Ariana Grande and Drake. He’s since had eight Billboard Top 10 hits including ‘The Hills’, ‘Earned It’ and ‘Can’t Feel My Face’ as well as the certified platinum, Starboy. 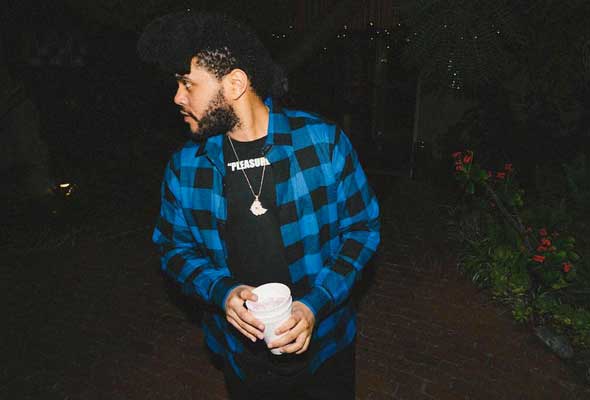 This year’s race is the 10th F1 the UAE has held, and it takes place on Sunday, November 25. Race weekend will start on Thursday, November 22, with three further Yasalam music headliners set to be announced.

Nightlife
Sport & Fitness
EDITOR’S PICKS
Ain Dubai will open with fireworks, live music and a drone show
READ MORE
Incredible Aura SkyPool to open in Palm Tower this November
READ MORE
Brit Grand Slam hero Emma Raducanu confirmed for Mubadala Tennis
READ MORE
What’s On Nightlife Awards 2021: Here are the nominees...
READ MORE
MOST POPULAR
The most up to date information for entering Abu Dhabi: Oct 2021
First look: Instagram breaking 2D cafe, Forever Rose opens in Yas Mall
Emirates warns passengers to arrive early to DXB airport this weekend
Pics of the week: Your best photos of the UAE
Take a look inside the brand new Madame Tussauds Dubai
YOU SHOULD CHECK OUT
Our website uses cookies and other similar technologies to improve our site and your online experience. By continuing to use our website you consent to cookies being used. Read our privacy policy here.