But it will be missing one very cool upcoming feature…

The Apple Watch is one of the cooler pieces of tech to emerge in the last several years. Essentially a mini computer on your wrist, it passes on important information from your phone like SMS notifications and fitness tracking stats.

Until recently, you were required to pair it with an iPhone in order to use many of its features, but last September, Apple released a version in other parts of the world that supported LTE phone networks (just like your smartphone) so that it could be used as a standalone device.

And now, finally, the Apple Watch Series 3 (GPS + Cellular) is available in the UAE via Etisalat.

Two versions of the watch will be available when it goes on sale on June 15: a larger 42mm version starting at Dhs1,784, while the smaller 38mm version starts at Dhs1,679.

Apple still requires you to have an iPhone to set up the device, but once paired, you’ll be able to use the watch to make calls, send messages, stream music and more, even if you leave your phone at home.

This is thanks to an eSIM embedded in the Apple Watch, which you will need to activate through Etisalat for a one-off fee of Dhs25. This will grant you three months of service for free, thereafter you’ll need to pay Dhs25 per month to keep it online.

Sadly, it won’t be getting this newly-announced feature anytime soon…

Apple held its annual developer conference in Cupertino earlier this week, where it announced a slew of new features that will be coming to the watchOS platform the Apple Watch runs on.

Chief among them is an app called Walkie Talkie, that, when it is released later this year, will allow Apple Watch owners to communicate directly with each other via the device – in similar fashion to the two-way radio transceiver it takes its name from. 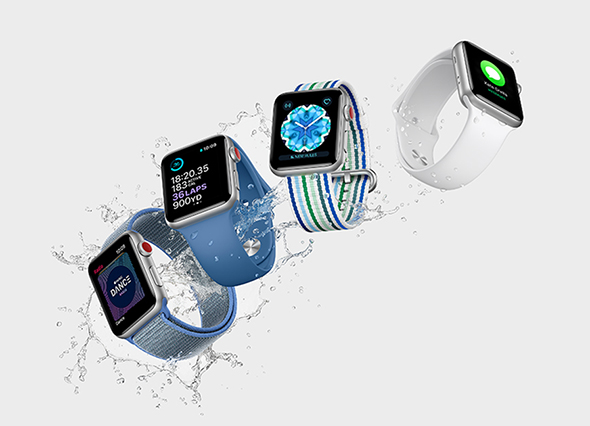 However, according to a report from Gulf News, a source inside the Cupertino company has confirmed that the Walkie Talkie app will not be available in the UAE due to the same Voice Over Internet Protocol (VoIP) laws that restrict the use of services like Skype and FaceTime in the country.

It’s not entirely clear how the app works, but judging by the fact that it won’t be available it seems that it would skirt the use of traditional telephone networks in order to make calls, similar to other VoIP services.

Presently there are only two officially sanctioned VoIP calling options in the UAE, BOTIM and C’Me, however the TRA have been in talks with Microsoft in recent months about potentially lifting the ban on Skype.

Tech
EDITOR’S PICKS
13 Sheikh Hamdan-approved restaurants in Dubai
READ MORE
Dubai brunches temporarily banned in new preventative measures
READ MORE
12 upcoming Dubai mega-projects we can't wait for
READ MORE
17 of the best beach bars in Dubai for sundowners
READ MORE
MOST POPULAR
Explore Abu Dhabi's rich history at this renovated architectural gem
Here's why you have to dine at Festival Plaza during Ramadan
UAE private sector to work reduced hours during Ramadan 2021
Wizz Air to launch Abu Dhabi to Tel Aviv flights from Dhs99
8 places to catch the Indian Premier League in Dubai
YOU SHOULD CHECK OUT
Our website uses cookies and other similar technologies to improve our site and your online experience. By continuing to use our website you consent to cookies being used. Read our privacy policy here.