It’s every child’s dream to become an astronaut. Well, maybe not every child, but a quick poll around the office revealed that it certainly was high on many a What’s On staffer’s ‘When I Grow Up’ list of dream jobs.

Of course, becoming an astronaut requires a lot of hard work, determination and smarts – which is likely why we all ended up as journalists instead. If we’d had the chance to attend a NASA space camp, however, things might have been different…

And that’s precisely the opportunity that students in the UAE will be given this summer, with the launch (get it?) of a NASA Space and Rocketry Summer camp. 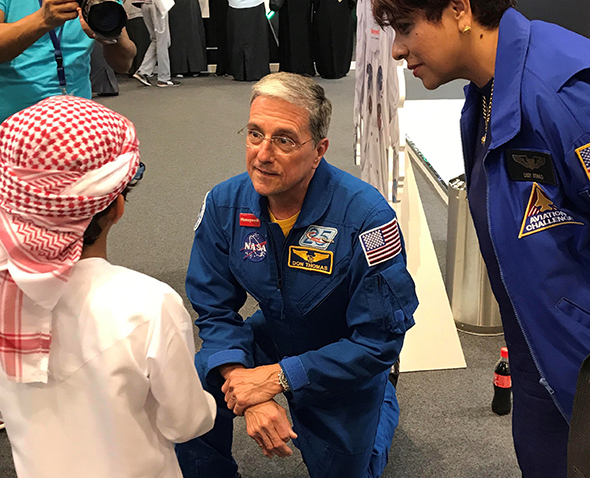 Running from Sunday, July 15 to Thursday, August 23, the camp is open to all students in the UAE between nine and 18 years of age and will be held at the Lapita Hotel Ballroom, Dubai Parks and Resorts.

Led by NASA instructors from North America and Europe, attendees will be mentored in everything from the science of rockets and rocket propulsion, to what it’s like to live and work in space – including getting the opportunity to taste the same food astronauts eat while floating above the earth.

Students will also get to learn about the missions to Mars and have the chance to design their own base on the red planet.

The camps will be held weekly from 10am to 4pm throughout the summer, with an all-inclusive registration fee of Dhs2,650.

Things to do
EDITOR’S PICKS
13 Sheikh Hamdan-approved restaurants in Dubai
READ MORE
Dubai brunches temporarily banned in new preventative measures
READ MORE
12 upcoming Dubai mega-projects we can't wait for
READ MORE
17 of the best beach bars in Dubai for sundowners
READ MORE
MOST POPULAR
Wizz Air to launch Abu Dhabi to Tel Aviv flights from Dhs99
8 places to catch the Indian Premier League in Dubai
Emirates flight tickets can now be rebooked within 36 months
What’s On The Bookshelf: 3 feel-good fictions you have to read
Review: Hickory's Friday brunch at Yas Links Golf Club
YOU SHOULD CHECK OUT
Our website uses cookies and other similar technologies to improve our site and your online experience. By continuing to use our website you consent to cookies being used. Read our privacy policy here.