Look: DIFC is getting its own Grand Mosque

The striking new mosque is set to open next year…

DIFC will soon be home to a state-of-the-art mosque, which will be able to accommodate as many as 500 worshippers.

The 14,500 square-foot mosque, which will be known as DIFC Grand Mosque, will be located in the Gate Avenue district. It’s scheduled to open in 2019.

The mosque has been described as a “modern, non-conformist facility with references to tradition”. It was designed by architecture firm RMJM.

The building design is a simple cube within a cube. But while the exterior will be minimal, the interior will be more elaborate, with an expansive main chandelier inspired by the traditional Muqarnas (an ornamental feature unique to Islamic architecture).

Here are some renders of the interior: 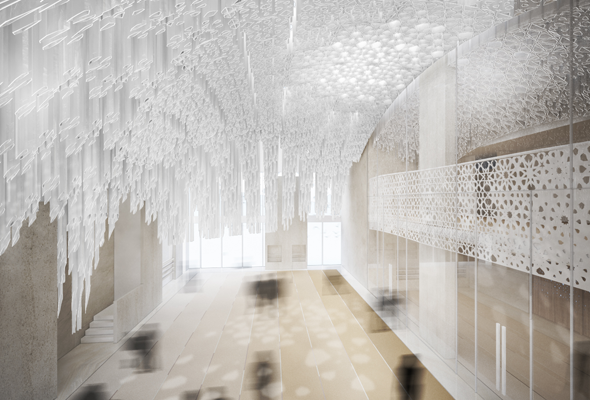 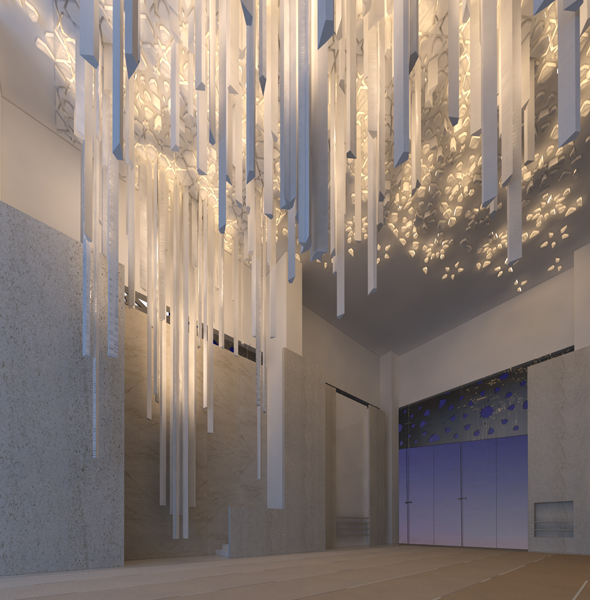 The outer cube will feature a hanging mashrabiya screen that acts as a veil to provide shade and privacy to certain areas. The screen will also lift to allow the intricate detail of the mosque’s interior to be visible to the public.

“DIFC Grand Mosque, together with the broader world-class offering of Gate Avenue, marks an important addition to the interconnected ecosystem we have at DIFC, and bring a new dimension to the attractive infrastructure we have in place.”

It looks like it’s going to be pretty spectacular – and very in keeping with DIFC’s stylish buildings. We can’t wait to check it out.

Culture
News
EDITOR’S PICKS
Ain Dubai will open with fireworks, live music and a drone show
READ MORE
Incredible Aura SkyPool to open in Palm Tower this November
READ MORE
Brit Grand Slam hero Emma Raducanu confirmed for Mubadala Tennis
READ MORE
What’s On Nightlife Awards 2021: Here are the nominees...
READ MORE
MOST POPULAR
Famed restaurant Ministry of Crab to host a Dubai pop-up from November 3 to 7
O Beach Dubai will no longer be opening on Palm Jumeirah
The most up to date information for entering Abu Dhabi: Oct 2021
First look: Instagram breaking 2D cafe, Forever Rose opens in Yas Mall
Emirates warns passengers to arrive early to DXB airport this weekend
YOU SHOULD CHECK OUT
Our website uses cookies and other similar technologies to improve our site and your online experience. By continuing to use our website you consent to cookies being used. Read our privacy policy here.