Emirati eats: where to try local flavours this Ramadan

If you fancy exploring the country’s cuisine this Holy Month, there’s loads of outlets in the capital worth checking out – here’s our pick of the best 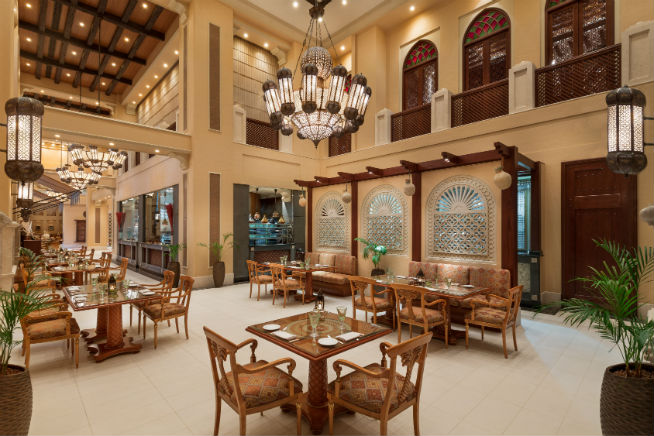 A What’s On Awards winner in the most regal of settings, not only does it feature classics such as gubab fish salouna (spinach, coriander, onion, garlic and saffron) and lamb threed (lamb layered with veg and rgag bread and served with lamb stock), but it has a huge seafood section as well. Save room for a bethita for dessert, a dish Mezlai says is the “pearl diver’s energy bar”.
Emirates Palace, Al Ras Al Akhdar, Abu Dhabi, daily 1pm to 10.30pm. Tel: (02) 6907999. Taxi: Emirates Palace. kempinski.com 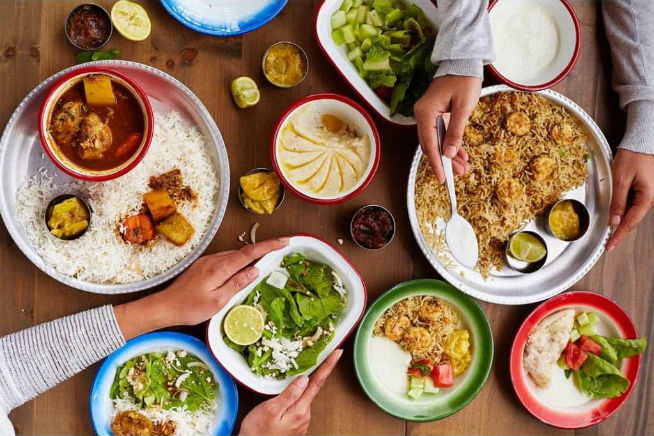 Does the name ring a bell? If it does, it’s most likely because Meylas has a food truck as well as its permanent restaurant in Al Muneera Beach Plaza. The restaurant version will transport you back to Bedouin culture, with tins of ghee lining walls alongside old kettles and hanging filament bulbs. Make sure you try the Emirati meat wrap here (camel meat with spices in rgag bread) and the traditional Bedouin stew with veg and white rice.
Al Muneera Beach Plaza, Al Raha, Abu Dhabi, daily 9am to 10.30pm. Tel: (02) 4448884. Taxi: Al Muneera Beach Plaza. meylas.com 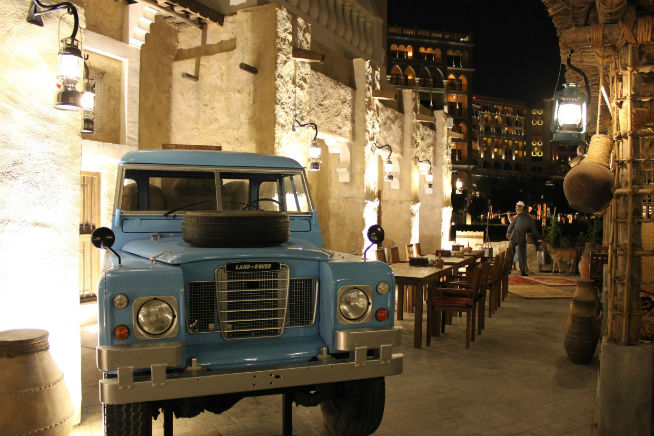 There are two branches in Abu Dhabi – one in Yas Mall and another in the Venetian Village, overlooking the water at the Maqta Creek. It’s a restaurant serving local dishes with some neat décor as well, including an old blue Land Rover outside the entrance. Fanar is a great introduction to Emirati dishes such as madroobat deyay (wheat and chicken) and hamsat ouma (sardine fish stew in tomato sauce). Mains such as momawash robyan (dried shrimp cooked with yellow rice and simmered in shrimp stock) will send you home with a very full belly.
Venetian Village, Al Markaziyah, Abu Dhabi, daily 8.30am to 10pm, midnight to 1.30am. Tel: (02) 4481144. Taxi: Venetian Village, next to Ritz-Carlton. alfanarrestaurant.com 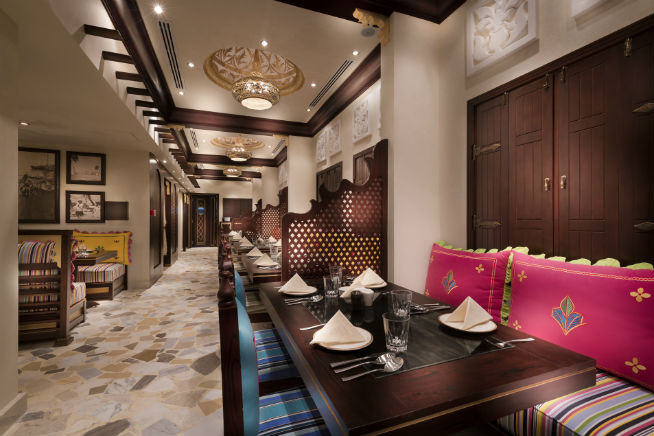 Al Mrzab’s full title is Al Mrzab Popular Restaurant, which is just as much a statement as it is a bold claim. The outlet has a reputation for serving quality, authentic Emirati dishes for more than 20 years, including machboos (a popular rice dish made with onions, tomatoes, potatoes, garlic, and chicken or seafood). The restaurant also serves Kuwaiti grub, if you really want to explore the region.
Airport Road, Al Nayhan, Abu Dhabi, Sat to Thur noon to 11pm, Fri 1.30pm to 11pm. Tel: (02) 6662333. Taxi: near Al Jazira football stadium. almrzab.com 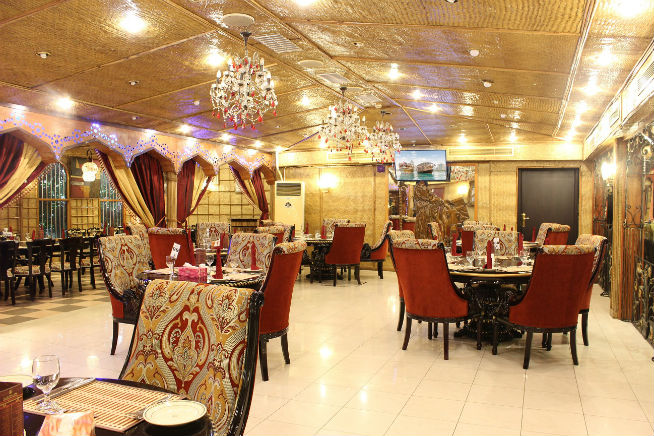 You’ll find this restaurant in Mina Port, near the Corniche, and the décor is quite a spectacle – think regal with a dash of local heritage, bold colours in every corner. Your eyes, though, will be quickly distracted by the array of freshly caught seafood on display. The menu features plenty of local dishes as well and you’ll be sitting next to Emirati families if you visit here on a weekend.
Mina Port, Abu Dhabi, daily noon to 4pm, 7pm to midnight. Tel: (02) 6732266. Taxi: Mina Port 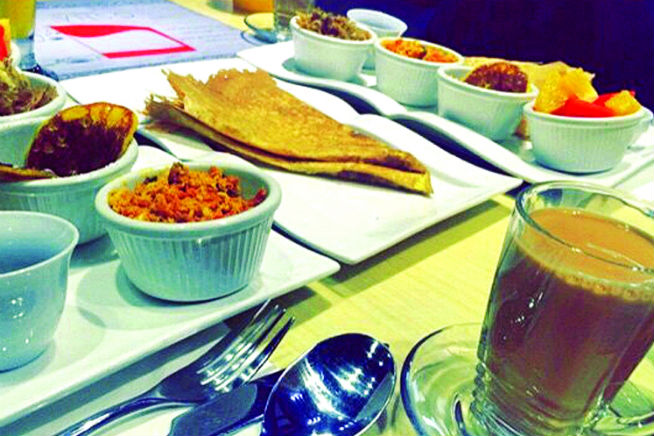 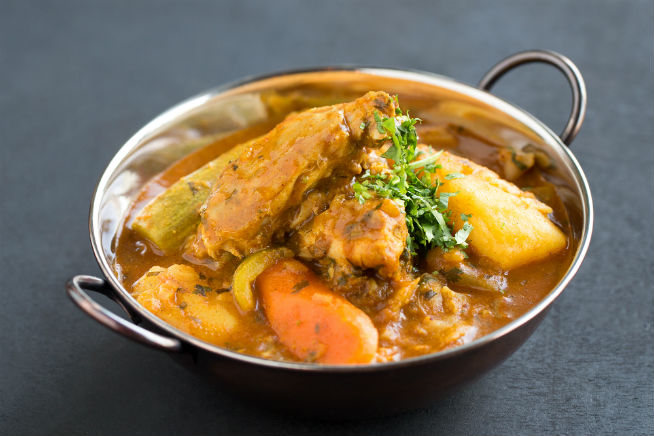 Another fusion restaurant, although the local cuisine is well and truly celebrated with dishes such as rgag (traditional bread served with egg or cream cheese) and machboos, but there’s also courses such as a Majlis burger, made with khameer bread, on offer.
Embassies District, Muroor Road, Abu Dhabi, daily 9am to midnight. Tel: (02) 6653653. Taxi: Darwish Tower, Danat, near Guardian Towers 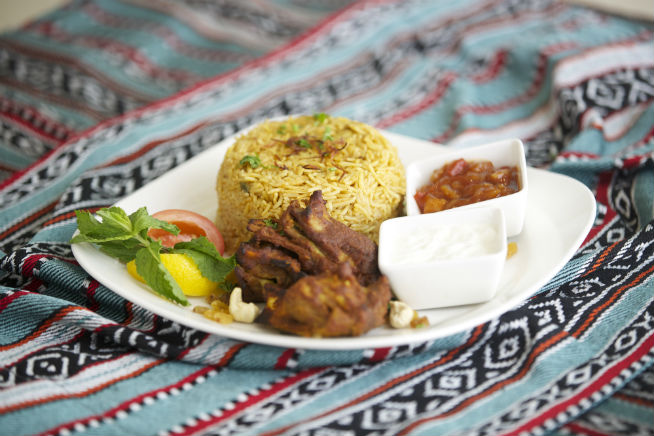 Another local eatery in the Embassies District near Airport Road, Yadoo’s means grandmother’s house in Arabic, and the décor is certainly homely. The house platter for breakfast is worth a punt, served with khameer bread and balalit (a sweet pasta dish made with vermicelli and eggs), and make sure you check out curious menu items such as chami with dates (boiled buttermilk stuffed with the fruit). International dishes such as burgers, chicken sliders and shrimp pasta also make an appearance.
Al Nasr Tower 2, Embassies District, Abu Dhabi, daily 8am to 10pm. Tel: (02) 4411311. Taxi: behind Shakespeare and Co on Muroor Street. yadooshouse.com 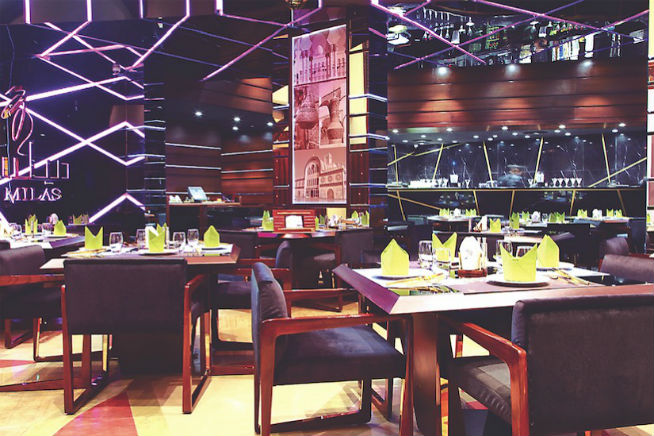 You’ll find Milas upstairs at Abu Dhabi’s souk and it’s an Emirati and Arabic fusion restaurant with a big and varied menu (you’re given an iPad to scroll through). So what’s on offer? You’ll find bread from Pakistan, pizzas and pasta, plus more traditional dishes such lahem shiwa (beef marinated in Milas homemade sauce with rice) and skandar (grilled kebab wrapped in bread with onion, yoghurt and red sauce). Their Nutella cheesecake is also worth checking out.
Souk At Qaryat Al Beri, Al Maqtaa, Abu Dhabi, Sun to Wed 9am to midnight, Thur to Sat 9am to 1am. Tel: (02) 5580425. Taxi: Souk At Qaryat Al Beri. milas.cc 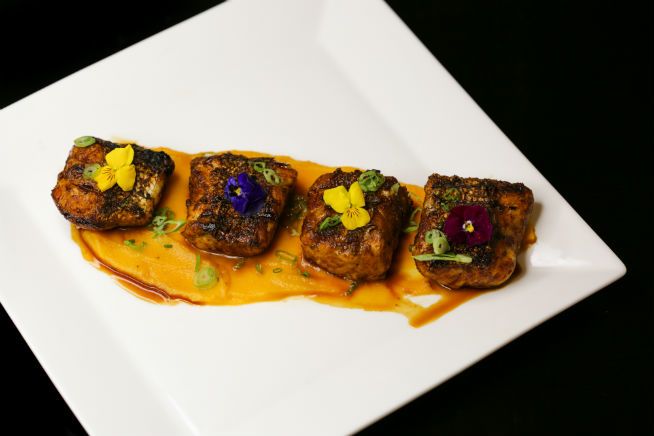 A sushi restaurant in WTC mall that adds a bit of local spices into its dishes – Emirati cuisine is spliced with Japanese classics for unique flavours. Think lamb chops yaki and their own version of chicken machboos.
World Trade Center Mall, Al Markaziyah, Abu Dhabi, Sun to Wed 10am to 10pm, Thur to Sat 10am to 11pm. Tel: (02) 6666966. Taxi: WTC Mall. facebook.com/sushiname

Eat & Drink
News
EDITOR’S PICKS
UAE holiday dates announced for Eid Al Adha
READ MORE
Another update: Emirates extends suspension of flights from India to UAE
READ MORE
Coming soon: Everything we know about Ain Dubai so far
READ MORE
Khorfakkan set to open new tourist attraction 580 metres above sea level
READ MORE
MOST POPULAR
It's Dhs350 to brunch, stay and play at the What's On Lock In this weekend
After party: 8 of Dubai's best after-brunch deals on a Friday
Jones The Grocer is bringing its cheese, grape and jazz night to Abu Dhabi
A two-day art festival is taking place in Alserkal Avenue this weekend
Transport to Greece as Opa's monthly brunch returns
Al Qana update: Abu Dhabi mega project announces four new F&B outlets
YOU SHOULD CHECK OUT
Our website uses cookies and other similar technologies to improve our site and your online experience. By continuing to use our website you consent to cookies being used. Read our privacy policy here.