Analog Room has become something of an institution in Dubai’s underground clubbing scene since its humble beginnings back in 2012. This is thanks to its no-fuss approach to nightlife and consistently bringing internationally renowned DJs and artists to the city.

When it returns from summer break on Thursday, June 21, the weekly techno-heavy night will now call the hip, ’80s-inspired Stereo Arcade nightclub in JBR its new home. And it plans to start the season off with a bang. 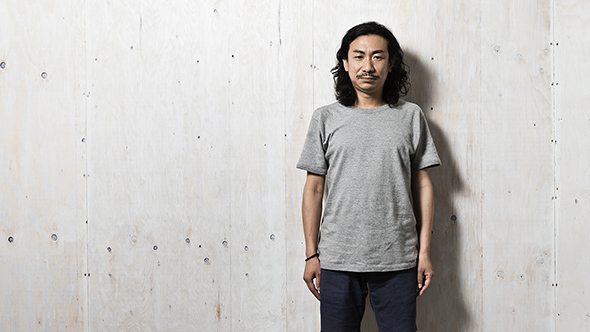 Headlining proceedings will be DJ Nobu, an avant-garde Japanese selector who the night’s promoter and co-founder, Mehdi Ansari, says “is really hot right now and [has] been rocking some of the best parties around the world.” He’s not wrong, either. Nobu will be hitting Dubai directly after a stint at the popular electronic music festival Sonar in Barcelona before heading off to spin at Berlin’s legendary Berghain nightclub.

DJ Nobu’s experimentally-inclined electronic music has been making waves since he started out in the ’90s, not only garnering him legions of fans around the world, but making him a favourite amongst other DJs as well.

Thanks to the new location, Analog Room is shaking up its format a little, too. Punters will be able to pick between the main Club Room – where Nobu will be manning the ones and twos –  and the Boom Room which will feature local DJs Nasrawi and TODD.

Entry into the Boom Room is free, while there will be a Dhs100 fee to get into the Club Room.

Ansari says that the new dual-room format is a sneak peek at what’s to come from the weekly underground night throughout 2018, “Now that we have two rooms to play with we’ve programed the season with the best that the world and our city has to offer.”

Nightlife
EDITOR’S PICKS
Ain Dubai will open with fireworks, live music and a drone show
READ MORE
Incredible Aura SkyPool to open in Palm Tower this November
READ MORE
Brit Grand Slam hero Emma Raducanu confirmed for Mubadala Tennis
READ MORE
What’s On Nightlife Awards 2021: Here are the nominees...
READ MORE
MOST POPULAR
Famed restaurant Ministry of Crab to host a Dubai pop-up from November 3 to 7
O Beach Dubai will no longer be opening on Palm Jumeirah
The most up to date information for entering Abu Dhabi: Oct 2021
First look: Instagram breaking 2D cafe, Forever Rose opens in Yas Mall
Emirates warns passengers to arrive early to DXB airport this weekend
YOU SHOULD CHECK OUT
Our website uses cookies and other similar technologies to improve our site and your online experience. By continuing to use our website you consent to cookies being used. Read our privacy policy here.