The first phases of the 7th Interchange on Sheikh Zayed Road and Al Yalayes Road improvement projects will be ready by September, according to Dubai’s Roads and Transport Authority (RTA).

The two projects involved the building of a four-lane bridge above Sheikh Zayed Road down the Jebel Ali end of town, as well as the construction of parallel roads from the Interchange that will provide improved links to Sheikh Mohammed bin Zayed Road and Emirates Road.

This map shows the affected areas: 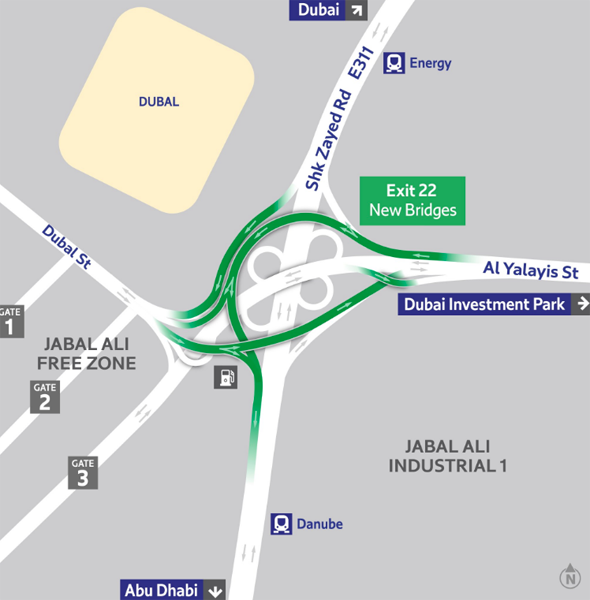 ALSO READ:
Hundreds of new eco-friendly taxis to hit the streets in Dubai
RTA announces that Dubai Metro could soon be getting faster WiFi

The projects, which cost a combined Dhs1.2 billion, are now 85 per cent complete, the RTA says.

“They will also boost the business and the movement of goods from and to Jebel Ali Port.”

Al Tayer said Al Yalayes Road would be able to handle almost 10,000 vehicles per hour per direction. The transit time between the 7th Interchange and Sheikh Mohammed bin Zayed Road would be cut down to as low as four minutes. 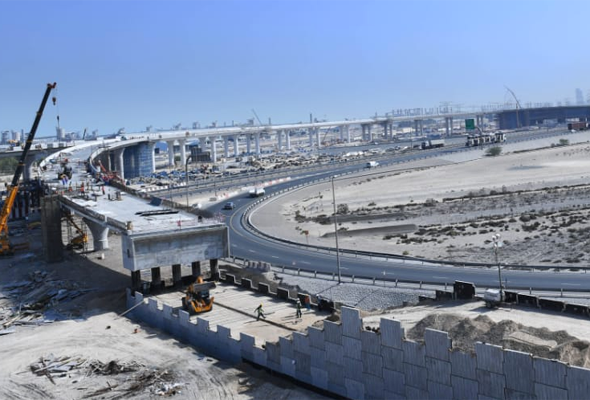 The first phase of the 7th Interchange project would improve traffic flow to and from Sheikh Zayed Road and Al Yalayes Road, in an eastward direction. This phase would be opened on September 15, Al Tayer said.

The second phase would improve traffic flow to and from Sheikh Zayed Road and Dubal Street, and would be opened in the last quarter of this year.

Meanwhile, Al Yalayes Road is being constructed over six kilometres, extending from the 7th Interchange to Sheikh Mohammed bin Zayed Road at the Al Houdh Interchange.

The RTA will also develop Al Asayel Road for five kilometres, to link with JAFZA, Jumeirah Islands, and Emirates Hills.

News
Transport
EDITOR’S PICKS
Ramadan in Dubai: 48 iftars to try
READ MORE
Where can Dubai residents travel? Check out these 14 destinations
READ MORE
Rumours, facts and reveals: New Abu Dhabi bars and restaurants
READ MORE
UAE announces reduced working hours for Ramadan 2021
READ MORE
MOST POPULAR
UAE: Strict restrictions may soon be in place for those who aren't vaccinated
Review: Rainforest camping at The Green Planet Dubai
The rules for children wearing face masks have been updated in UAE
Etihad sale: Surprise gift boxes and a chance to win 50 times your airfare
Break your fast in style at W Dubai - The Palm this Ramadan
YOU SHOULD CHECK OUT
Our website uses cookies and other similar technologies to improve our site and your online experience. By continuing to use our website you consent to cookies being used. Read our privacy policy here.