Dubai's iPod shaped building will be finished this year

No, we’re not joking. Just when you thought Dubai’s skyline couldn’t get any more wow-worthy, a Dubai tower made to look like an iPod is due to be completed this year.

The 26 storey tower, which you can find on the Dubai Canal in Business Bay, was first designed by Hong Kong-based architecture firm James Law Cybertecture over a decade ago (when iPod’s were all the range).

Construction began on the building, suitably named building, The Pad, back in 2007. However, work was delayed after the crash in 2008, but it resumed again in 2013, and will be finished by the end of this year.

Well, judging by current progress, it looks like it’s nearly there: 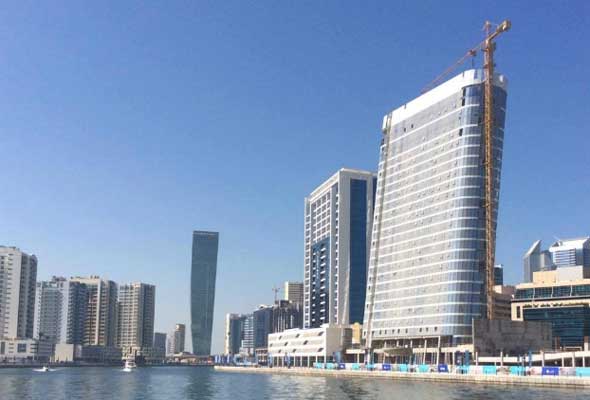 And just incase you couldn’t tell it was supposed to look like an iPod, it’s been built with an incline of 6.5 degrees. Why, you ask? Well, this way it looks like an iPod charging on it’s docking station, of course.

When complete, The Pad, will be home to 256 apartments, ranging from small studios to huge three-bedrooms duplexes overlooking the Dubai Canal.

Inside, interiors will be significantly more high-tech than the retro iPad shape. A range of technologies including biometric locks, mood lighting, voice control and mirrors that can monitor your health have all been worked into the internal architecture.

So, while you might not still be listening to music on an iPod, there’s no reason to rule out living inside an iPod.

Culture
News
EDITOR’S PICKS
Ain Dubai will open with fireworks, live music and a drone show
READ MORE
Incredible Aura SkyPool to open in Palm Tower this November
READ MORE
Brit Grand Slam hero Emma Raducanu confirmed for Mubadala Tennis
READ MORE
What’s On Nightlife Awards 2021: Here are the nominees...
READ MORE
MOST POPULAR
12 brilliant things to do in Dubai for the long weekend: Oct 21 to 23
Download the first ever Lonely Planet culinary guide to Abu Dhabi, free
The Cheeky Camel is JLT's newest neighbourhood restaurant
Virgin Megastore has got some MEGA giveaways for its 20th UAE birthday
New rules announced for private parties and weddings in UAE
YOU SHOULD CHECK OUT
Our website uses cookies and other similar technologies to improve our site and your online experience. By continuing to use our website you consent to cookies being used. Read our privacy policy here.