What's new on Netflix in the UAE this June

The Paris terror attacks, woke stand-up comedy and cake fails are our picks for a binge-worthy month of viewing…

Summer is in full swing, and that means less time spent outside and plenty of excuses to be curled up on the couch in front of the TV.

Streaming service Netflix is the ultimate go-to for a binge-worthy unwind, and we’ve cherry-picked the best movies, TV shows and documentaries to check out in June.

So heat up some popcorn, dim the lights and get stuck in to one of these…

This three-part documentary chronicles the events surrounding the horrific attacks that took place in Paris on November 13, 205. Survivors and first responders share their testimonies, as filmmakers Jules and Gédéon Naudet explore the human stories behind the terror that took place.

The Wachowskis’ super-powered exploration of culture and sexuality draws to a close with its series finale this month. While the show has had a rocky run, there’s no denying that the combination of gorgeous on-location shooting and stellar acting chops from a diverse, multicultural cast should make this a thrilling and fitting conclusion.

Ali’s Wedding looks to be a charming dramedy that follows the son of a Muslim cleric as he finds himself caught between his sense of duty to his family and following his heart. Set against the backdrop of Melbourne, Australia, this heart-warming Netflix original film should ring just as true for viewers here in the UAE.

Lucy Liu and Taye Diggs play a duo of high-powered (and highly-demanding) executives, who’s assistants (played by Zoey Deutch and Glen Powell) conspire to get them off their backs by setting them up via a series of meet-cutes. The trailer makes this look like an innocuous and fun flick, reminiscent of your typical ’90s rom-com. 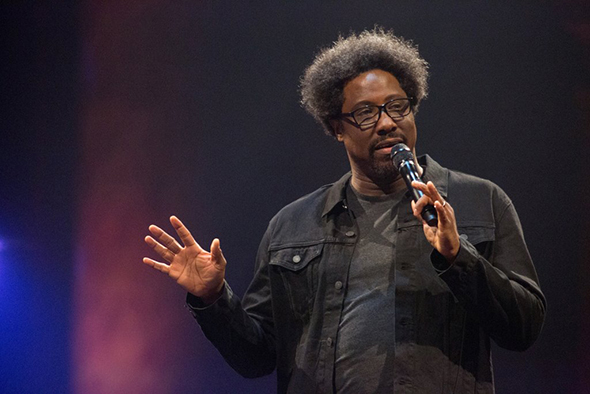 The host of CNN’s excellent United Shades of America gets his own Netflix comedy special, and it looks to be a doozy. Not just a comedian, activist W. Kamau Bell offers up his takes on parenting in the Trump era, woke childrens TV and his fear of going off the grid.

If you’ve ever watched a reality cooking show and thought to yourself “I could make that” then this is the show for you. Nailed It! pits contestants in a cook-off to see if they can recreate elaborate cakes and desserts, only to end up with, well, let’s just say less than favourable results. It’s genius stuff.

TV
EDITOR’S PICKS
UAE holiday dates announced for National Day
READ MORE
Emirates Dubai 7s is back: Here's why we're excited...
READ MORE
Tennis ace Andy Murray to play at Mubadala World Tennis Championship
READ MORE
UAE 50: Where to watch National Day fireworks in Dubai
READ MORE
MOST POPULAR
Etihad up to 50 per cent sale for National Day now on
First look: Indego By Vineet reveals an eye-catching revamp
Abu Dhabi: Free parking and Darb dates for Jubilee celebrations
Abu Dhabi events updates: Green Pass not required for tourists
UAE petrol prices announced for December 2021
YOU SHOULD CHECK OUT
Our website uses cookies and other similar technologies to improve our site and your online experience. By continuing to use our website you consent to cookies being used. Read our privacy policy here.