Ramadan and Eid Al Fitr are almost two weeks behind us, and if you’re anything like us, you are probably already looking forward to the next public holiday – Eid Al Adha.

But as with many important dates in the Islamic calendar, the precise day that Eid Al Adha is due to fall is determined by whether or not the moon is sighted.

Gulf News reports that according the astrological calculations of an astronomer from the Sharjah Planetarium, Arafat Day (the day before Eid) is likely to fall on Tuesday, August 21.

This means that the first day of Eid Al Adha should be Wednesday, August 22 which, if all goes well, could result in a five-day weekend (fingers crossed!).

We won’t officially know until a little closer to the date, but this is as good an indication as we’re going to get for now.

What do the holidays mean?

This marks the second day of the annual pilgrimage or haj. At dawn on Arafat Day Muslim pilgrims make their way from Mecca to the hill called Mount Arafat. This is where Prophet Muhammad, peace be upon him, gave his farewell sermon in the last year of his life. 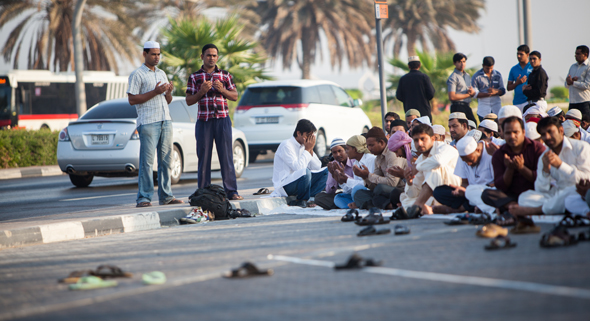 This holiday honours Ibrahim’s willingness to sacrifice his son Ismail (which is why goats are symbolically sacrificed over this period). It is separate from Eid al-Fitr, which marks the end of Ramadan.

During the holiday period families get together and exchange gifts of sweets and perfume, and women often apply mehndi/henna designs to their hands.