With opening rates starting from Dhs349 per night including breakfast…

Looking for a great-value staycation at a brand new resort? Introducing Canal Central Business Bay, a five star resort which has just opened its doors in Business Bay.

Located on Al Abraj street, each of the 280 hotel rooms comes complete with Dubai Canal or Burj Khalifa views, modern furnishings and high-speed internet. Both king and twin rooms are available, as well as a handful of one-bedroom Bay Suites. 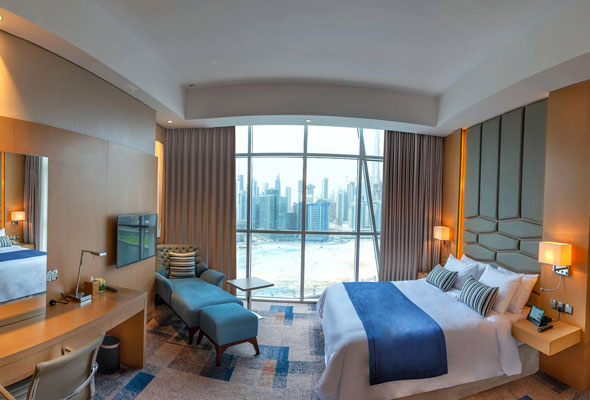 Other facilities in the hotel include a Wellness Valley Spa, fully-equipped gym and our personal highlight, a stunning rooftop infinity pool with picture-perfect Burj Khalifa views. 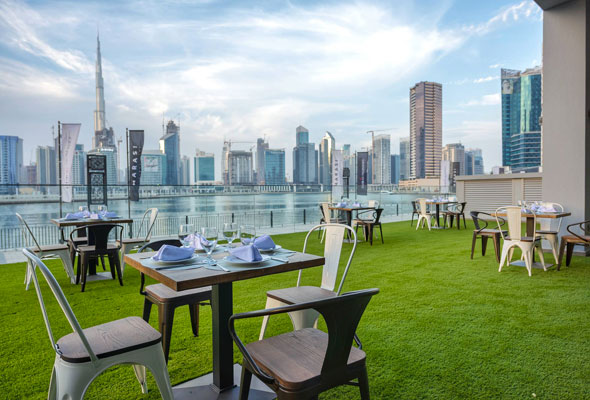 Lilly’s Social House describes that it will transport guests to New Orleans with Creole-inspired food and ‘live soulful jazz and blues every night’. The second of the two part space, Lilly’s Backyard, boasts sweeping views of the Dubai Canal and Burj Khalifa, and is set in a garden-like space outside. 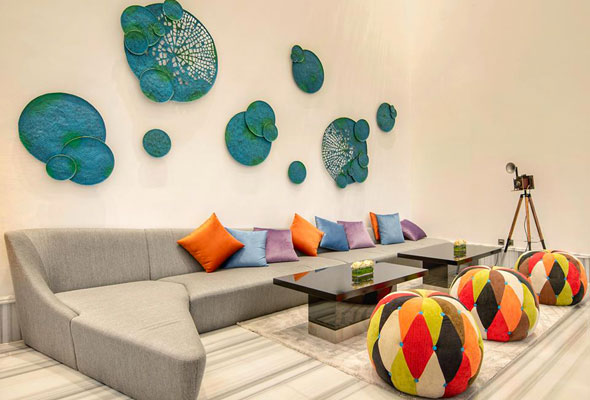 If you fancy checking in to check it out for yourself, the hotel is offering a very reasonable opening rate of Dhs349 for a one-night stay including breakfast.

Canal Central is one of two recently opened hotels by the Central Hotels group, who are also behind the recent Royal Central hotel, which has just opened on The Palm Jumeirah.

Staycations
EDITOR’S PICKS
Ramadan in Dubai: 40 iftars to try
READ MORE
Where can Dubai residents travel? Check out these 14 destinations
READ MORE
Rumours, facts and reveals: New Abu Dhabi bars and restaurants
READ MORE
UAE announces reduced working hours for Ramadan 2021
READ MORE
MOST POPULAR
Sheraton Mall of the Emirates has a lot to offer this Ramadan
Looking for a cosy long stay residence in Dubai? Check this out...
Have you spotted the new Talabat Patrol team on Abu Dhabi roads?
Iftar home delivery for one? Here are some options...
Stunning Australian restaurant Hunter & Barrel is now open
YOU SHOULD CHECK OUT
Our website uses cookies and other similar technologies to improve our site and your online experience. By continuing to use our website you consent to cookies being used. Read our privacy policy here.