We were sad to learn that one of our favourite party brunches Candypants was no longer in operation at Andreaas in Dubai Marina, but the event organisers behind the legendary party brunch have confirmed to What’s On that they’ll be bringing a brand new Friday party brunch to FIVE Palm Jumeirah.

Launching this Friday July 27, the Dim Sum Disco will take over the upscale Asian restaurant Maiden Shanghai, which occupies an expansive three floors of indoor and outdoor brunching space at FIVE. 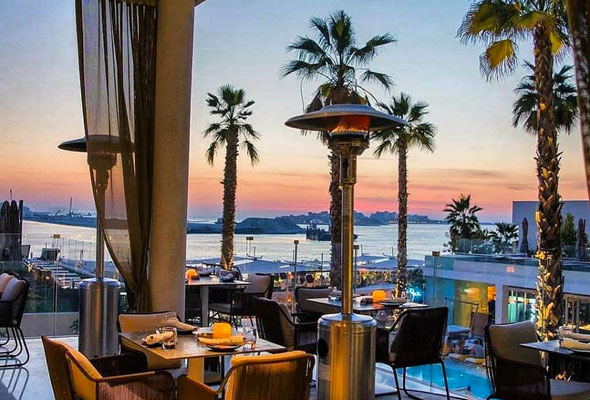 So what can we expect? Described as a ‘high end, high energy dining experience’, you’ll find a sleek a la carte offering of modern Asian dishes designed to share. It’ll be paired with an array of beverages which includes cocktails and bubbles, and an up-tempo soundtrack of vocal house and commercial tracks spun by popular Dubai DJ Adam Graca. After brunch, a ‘Drunch Disco’ will offer three drinks for Dhs100 from 4pm to 6pm.

Over summer, only the first floor of inside dining will be open, while we can look forward to a further two floors of al fresco brunching and a brunch-after party on the terrace from October, and we’re confident it will become the go-to spot for after brunch. 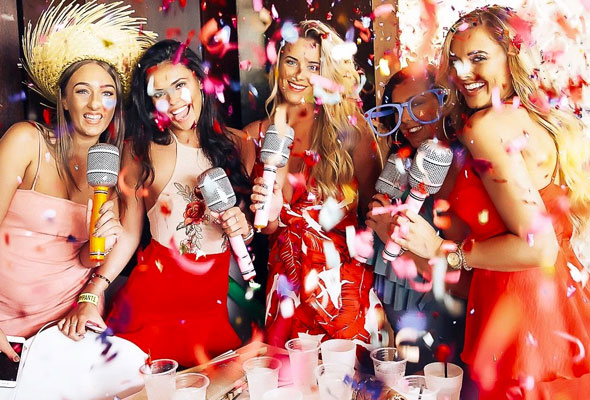 Candypants first burst onto the scene four years ago, bringing a never before seen inflatable-filled, sing-along pun-tastic party brunch to the city that’s become the go-to formula for successful party brunches across Dubai.

But fear not, fans of the all-singing, all-dancing, party popping party brunch – the Candypants people have promised us that there will be plenty of party surprises in store.  “I couldn’t be more excited to launch Dim Sum Disco, our completely new boutique party brunch concept” says Candypants Dubai general manager Nick Purvis. “It will offer a more high end, intimate experience, serving up some of the best contemporary Chinese cuisine alongside our famous party atmosphere”.

Plus, the brand has promised not to totally retire the famous megabrunch concept – with super-sized versions of the iconic party brunch promised several times a year at varying locations across the city. The next one is set to be Halloween, and we’re already planning our costume…

Brunch
EDITOR’S PICKS
Ramadan in Dubai: 40 iftars to try
READ MORE
Where can Dubai residents travel? Check out these 14 destinations
READ MORE
Rumours, facts and reveals: New Abu Dhabi bars and restaurants
READ MORE
UAE announces reduced working hours for Ramadan 2021
READ MORE
MOST POPULAR
Sheraton Mall of the Emirates has a lot to offer this Ramadan
Looking for a cosy long stay residence in Dubai? Check this out...
Have you spotted the new Talabat Patrol team on Abu Dhabi roads?
Iftar home delivery for one? Here are some options...
Stunning Australian restaurant Hunter & Barrel is now open
YOU SHOULD CHECK OUT
Our website uses cookies and other similar technologies to improve our site and your online experience. By continuing to use our website you consent to cookies being used. Read our privacy policy here.