Commuting between Dubai and Sharjah just got a whole lot easier

If you’re one of the thousands of people that commute between Dubai and Sharjah every day then you’ll be distinctly aware of what a slog it can be travelling between the two emirates.

It’s bad enough that (depending on what time you travel) you can get stuck in traffic for hours when driving, while making the trip via public transport is even more arduous.

Well, we have some good news. The RTA has introduced a new bus route between both emirates that could severely cut down on travel time.

Departing every 30 minutes from the Rashidiya metro station, bus E311 passes via Sheikh Mohammed bin Zayed Road hitting 19 stops along the way, including the National Paints roundabout and the old Gold Souq, before ending its route at the Al Jubail station.

You can check out the full list of stops in the image below: 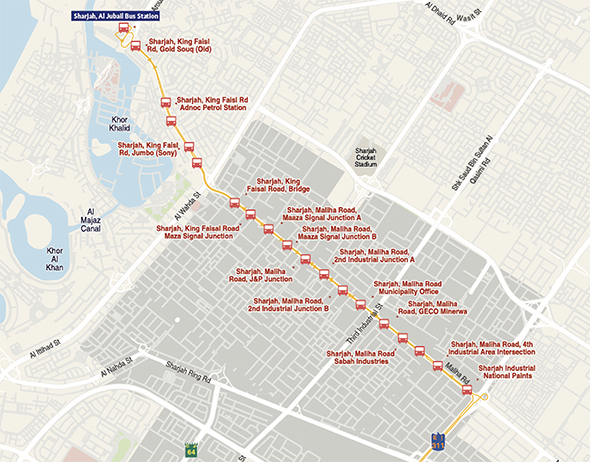 The RTA says that the route has been introduced to meet an increasing demand for a service to for residents commuting between the two emirates daily.

Transport
EDITOR’S PICKS
UAE holiday dates announced for Eid Al Adha
READ MORE
Update: Emirates again extends suspension of flights from India to UAE
READ MORE
Coming soon: Everything we know about Ain Dubai so far
READ MORE
Khorfakkan set to open new tourist attraction 580 metres above sea level
READ MORE
MOST POPULAR
Sign your kids up for a five-day theatre camp at The Junction this summer
Pics of the week: Your best photos of the UAE
New films to watch in cinemas this week: July 22 to 28
Caesars Palace Dubai transforms into a summer playground this Eid
10 things to do in Dubai that are free (or cost next to nothing)
YOU SHOULD CHECK OUT
Our website uses cookies and other similar technologies to improve our site and your online experience. By continuing to use our website you consent to cookies being used. Read our privacy policy here.