Residents as well as hotel guests will be able to check it out.

Dubai does two things extremely well: Hotels and cinemas. So it was only a matter of time before the two joined forces and created a beautiful hotel-cinema baby.

Reel Cinemas has announced that the city’s first hotel-cinema within the funky Rove Downtown in Downtown Dubai is now officially open for business.

The 46-seat theatre has a “distinct inner-city vibe”, catering to hotel guests and residents, and will screen blockbusters as well as alternative content like football matches and regional cinema. 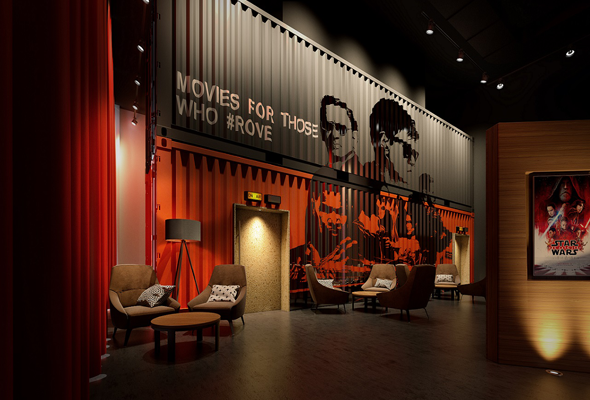 Tickets prices include a soft drink and popcorn that comes in a selection of curious flavours, including Sweet & Salty, Wasabi, Cappuccino as well as Strawberry & Cream. The cinema is also fully licensed which means you can enjoy a cheeky cocktail while watching Mama Mia: Here We Go Again.

And that’s not the only hotel-cinema concept coming to the city – Dubai is also set to get a cinema-themed hotel, Aloft Dubai City Centre Deira.

Slated to open in the coming weeks, the hotel will feature 25 rooms specially designed to cater to true film aficionados.

Each of the themed rooms will be kitted out with an array of films, TV screens, projectors and enhanced sound systems for an authentic cinema experience. 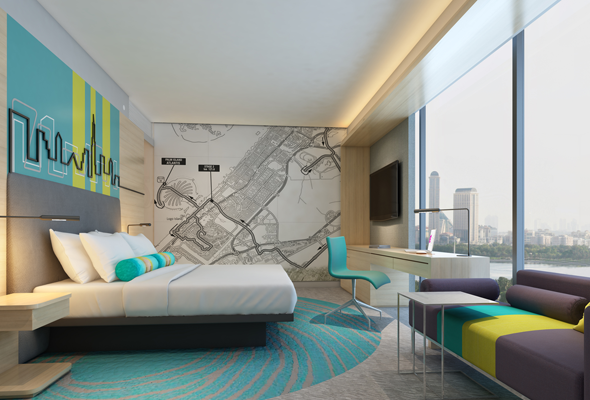 There will also be an Outdoor Vox Cinema where guests can gather to watch the latest releases in a more traditional setting.

With summer fast approaching in Dubai, cinemas are practically our second home – so we can’t wait to check out these new options…

Staycations
EDITOR’S PICKS
Ramadan in Dubai: 40 iftars to try
READ MORE
Where can Dubai residents travel? Check out these 14 destinations
READ MORE
Rumours, facts and reveals: New Abu Dhabi bars and restaurants
READ MORE
UAE announces reduced working hours for Ramadan 2021
READ MORE
MOST POPULAR
20 places to enjoy culture and history in Abu Dhabi
3 mega-venues opening in Dubai that you need on your radar
6 fun things to do in Abu Dhabi this week: April 18 to 21
Book an unforgettable escape to Mӧvenpick Resort Kuredhivaru Maldives
Review: Is Lucky Fish worth its salt at West Beach?
YOU SHOULD CHECK OUT
Our website uses cookies and other similar technologies to improve our site and your online experience. By continuing to use our website you consent to cookies being used. Read our privacy policy here.