Finally a fix for your home Wi-Fi woes…

Patchy Wi-Fi is a curse that plagues many a household in Dubai. Whether it’s the fault of thick concrete walls or the junky routers handed out by Etisalat and Du when you sign up, we suspect that there’s at least one dead spot in your villa or apartment where you just can’t get any signal.

Enter Linksys’ Velop routers. This mesh system is designed to blanket your abode in zippy Wi-Fi by placing several ‘nodes’ about the place that seamlessly hand-off connection without nary a hint of drop out of bad connectivity.

Is it as magic as it sounds? Pretty much. We spent a few weeks with the Linksys Velop Dual-Band to see how much easier it made watching YouTube in the furthest points of a one-bedroom duplex apartment…

We love that it’s a cinch to set up 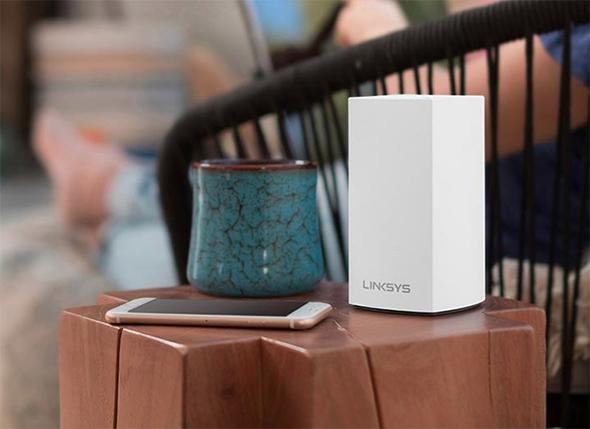 Linksys have made getting started super simple. It will vary slightly depending on whether you have Etisalat or Du internet (we tried it with the latter) but essentially all you need to do is unplug your current router from the wall and replace it with a Velop node (they even include a spare ethernet cable in the box).

You then follow the steps on the Velop app which you can download to your smartphone (on either iOS or Android), choose your network name and password and the app does the rest. Once the first ‘base’ node is set up you will be asked it you want to add any additional nodes throughout your home. This is just as simple as picking a spot, turning it on and following the steps on the app again.

We tested the three-node system (Dhs1,199) but there are one- and two-node packs available for those with smaller homes. For anyone with a massive villa that needs extra coverage, the system is fully expandable as well.

And it gets signal to the farthest reaches or our apartment 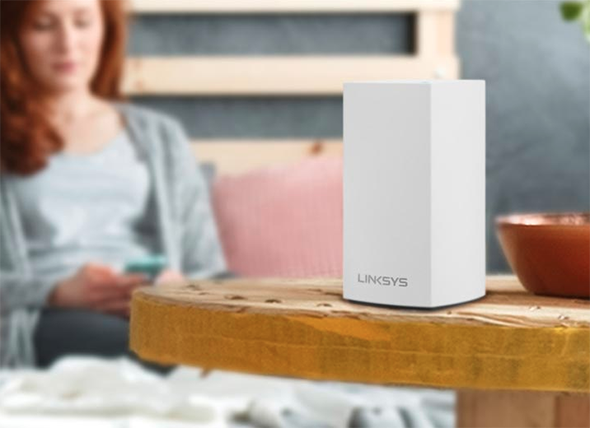 Out test apartment for the Linksys Velop was a one-bedroom duplex in JLT. Slightly unconventional by Dubai standards, but a decent gauge considering it acts like small villa with a lot of concrete between floors, plus the added bother of too many Wi-Fi signals from all the neighbours.

The Velop performed fantastically, and thanks to the three nodes (which in all honesty is probably overkill for an apartment of this size) any dead zones in the apartment were completely banished. Whereas previously you’d have to hope and pray for the best if you wanted to watch a YouTube clip in the upstairs bathroom (don’t judge us!), the Linksys Velop mesh system didn’t even break a sweat.

It even performed admirably when there was a large group of people present (i.e. a small-ish cocktail party) all of whom connected to the network with their smartphones while music and video streaming was going on in the background. 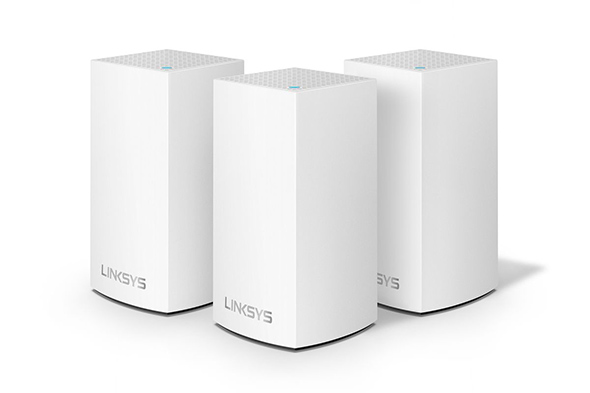 The only downside is that this particular Velop system – the Dual-Band option – isn’t as fast as competing ones, or even Linksys’ own more expensive Velop Tri-Band setup.

Allow us to get techy for a second to explain: the Velop Dual-Band transmits Wi-Fi signal on 2.4GHz and 5GHz networks, while a tri-band system has a third hidden network that lets the nodes communicate directly with the base node without jamming up the other frequencies.

This means that the dual-band Velop is technically slower if you’re connected to any node that isn’t the base node because it needs to keep some bandwidth free for them all to speak to each other.

A compromise that you’ll have to take into consideration, and one that is reflected in the cheaper price of the dual-band Velop system. Linksys will even let you combine the two should you want a mix of dual- and tri-band for the budget conscious.

In our testing we didn’t notice that much of a discernable difference (and signal strength by far trumped speed for us) but if you like to play online games, for instance, you may want to consider the zippier tri-band setup.

Do you struggle with getting a good Wi-Fi connection at home? Then a mesh router setup is probably the answer to all your woes. While a three-pack of the Linksys Velop Dual-Band might be a bit overkill for most Dubai apartments, the two-pack option at Dhs899 hits a sweet spot within the range of many top-tier standalone routers.

Sure, it’s technically not quite as fast as other (and Linksys’ own) tri-band systems, but if (like us) you’re more concerned about getting whole-house coverage rather than gaming server ping times then we can wholeheartedly recommend you pick up one of these and leave the days of crappy Wi-Fi signal far behind you.

Tech
EDITOR’S PICKS
UAE holiday dates announced for Eid Al Adha
READ MORE
Emirates extends suspension of flights from India to UAE again
READ MORE
Coming soon: Everything we know about Ain Dubai so far
READ MORE
Khorfakkan set to open new tourist attraction 580 metres above sea level
READ MORE
MOST POPULAR
It's Dhs350 to brunch, stay and play at the What's On Lock In this weekend
UAE weather: Temps of over 50ºC recorded in the shade yesterday
Get a free Expo 2020 day pass when you fly with Emirates
A popular fairy-tale is gracing the stage at The Theatre at Mall of the Emirates in August
UAE petrol prices will increase again in August 2021
Exclusive interview: John Cena on his role as a 'douchey Captain America'
YOU SHOULD CHECK OUT
Our website uses cookies and other similar technologies to improve our site and your online experience. By continuing to use our website you consent to cookies being used. Read our privacy policy here.