Explore the cuisines of the teams taking part in football’s biggest tournament in Russia, right here in Dubai

With the 2018 FIFA World Cup now into the final round of 16, things are truly starting to heat up. One of the best things about the tournament is the mishmash of cultures from around globe taking part. It’s a great excuse to learn about countries you might otherwise not know a lot about, from everything to their customs to anthems and, yes, even their cuisine.

The best part? Dubai is such a vibrant, multicultural city that you don’t have to travel too far from your doorstep to sample some of the delicious dishes that the participating nations have to offer. Like we even need an excuse… 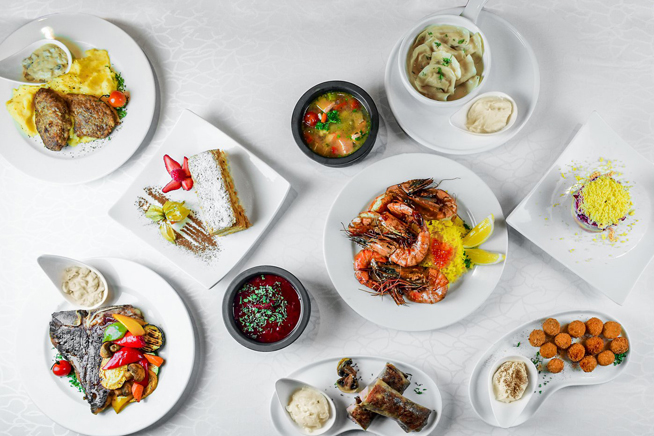 There’s an extensive buffet of Russian specialities and you can take in a traditional dance show at this spot that is popular with fans from the tournament’s host nation. 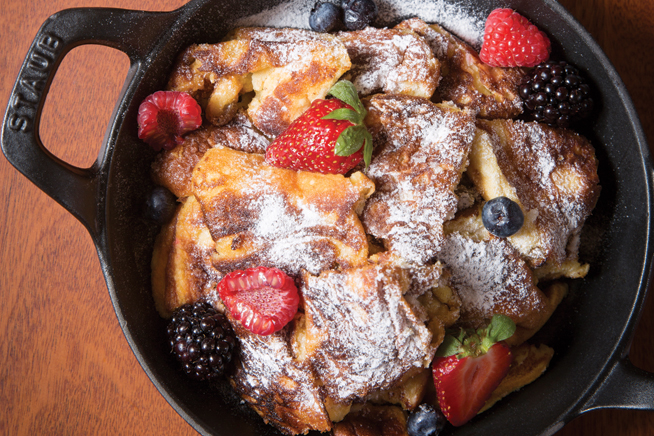 A tournament favourite (despite that loss to Mexico) and the winners of the last World Cup in 2014, and German food is pretty decent as well. Grilled meats and cold steins rule the day at this rustic red-brick German haunt that is well known for its daily happy hour. 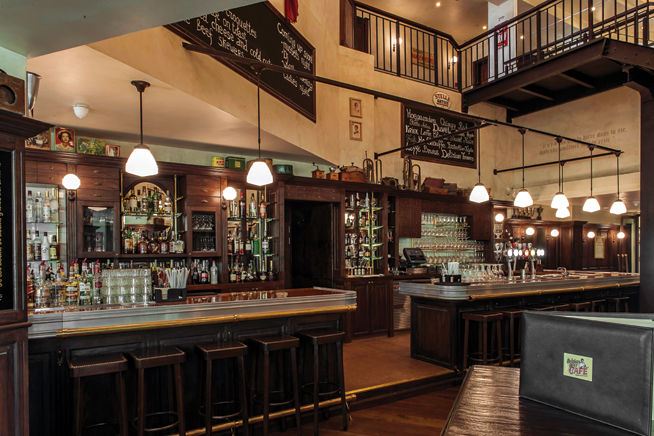 Belgium are one of the World Cup’s under-rated teams, but the cuisine has a good reputation in the UAE – you’ll find traditional Flemish stew and plenty of beers to choose from here, but the classic moules frites is the essential dish on the menu. 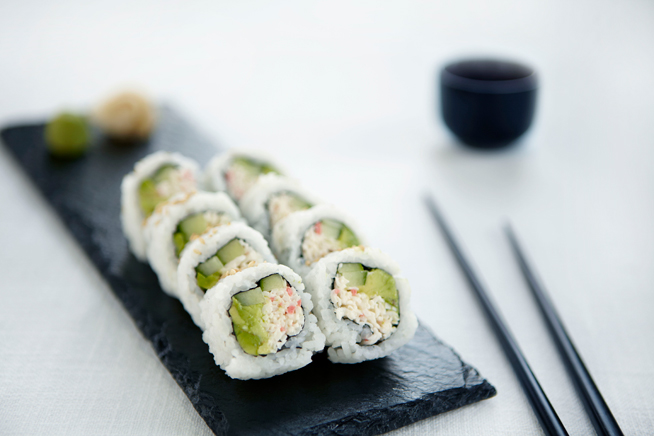 With a new coach in Akia Nishino and a thin squad, Japan aren’t expected to go very far at this World Cup – if they do make it to the second round, you can celebrate by grabbing a seat overlooking the turtle lagoon at this sleek and chic spot, serving a popular version of the classic shrimp tempura. 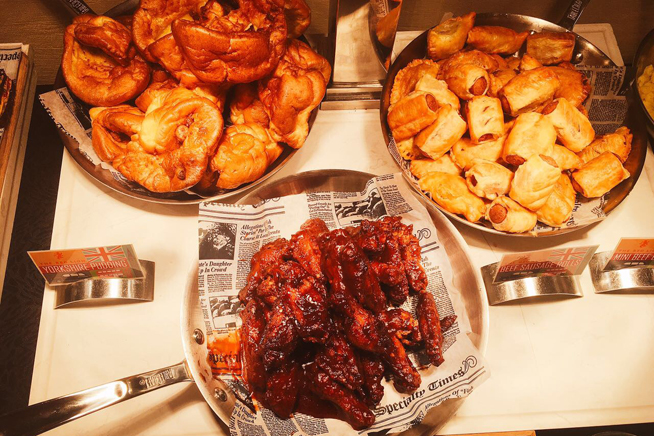 It doesn’t get much more English than this traditionally-styled pub, and you can drown your penalty shoot-out woes and demand that manager Gareth Southgate is sacked with a variety of pints and its artery-clogging English breakfast. 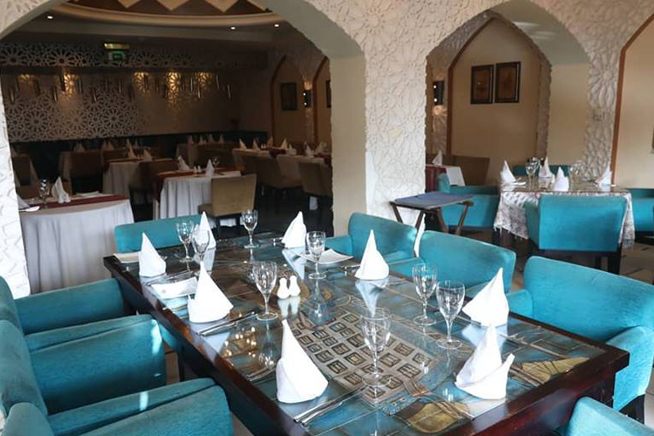 Opt for a traditional Persian stew, merging tender lamb with piquant dried limes, at this popular Middle Eastern joint while cheering on the team and its superstar winger Alireza Jahanbakhsh (the top scorer in the Dutch league last season). 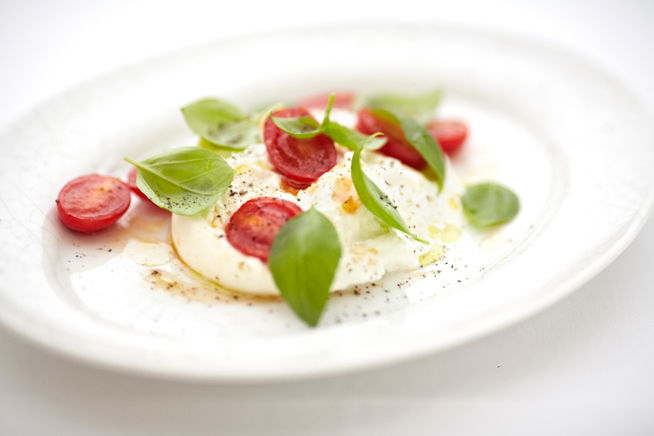 France aren’t expected to win it all in Russia (although many are predicting their young team will romp to victory in 2022), but you’ll find many people who think French cuisine is the best. And is the fine-dining at La Petite Maison the city’s best French restaurant? Tuck into the infamous buratta and superb lamb chops then decide for yourself. 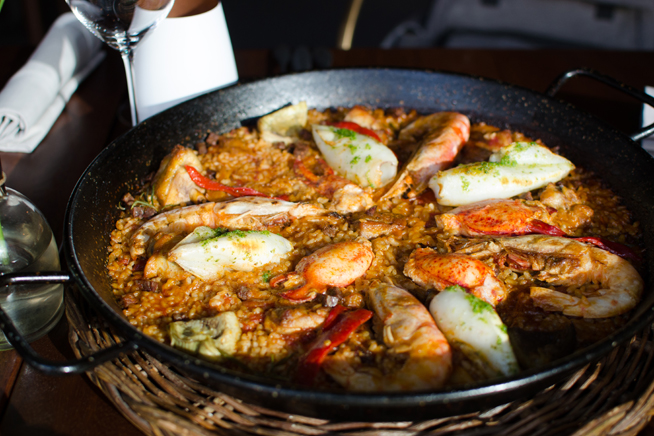 Spain’s team is full of big players from top teams such as Real Madrid and Barcelona, and this spot in Dubai also comes from a top star – chef Ken Oringer. It’s a stylish spot serving modern tapas, grilled seafood and a truly authentic paella. 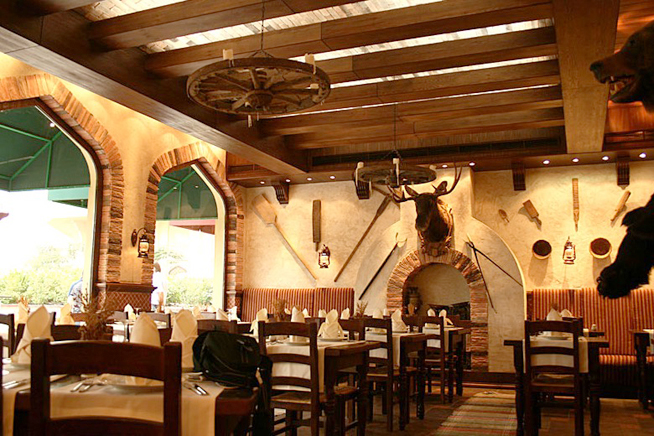 This is the place to go if you want to try meat-stuffed pierogi dumplings and potato pancakes. While there, you can impress the staff with your knowledge of the national team – the Poles aren’t one of the favourites to win it all in Russia, but they went into the tournament ranked 8th in the world, thanks to the hard work of their manager and former player Adam Nawalka. Just like the cuisine, expect a few surprises from this team. 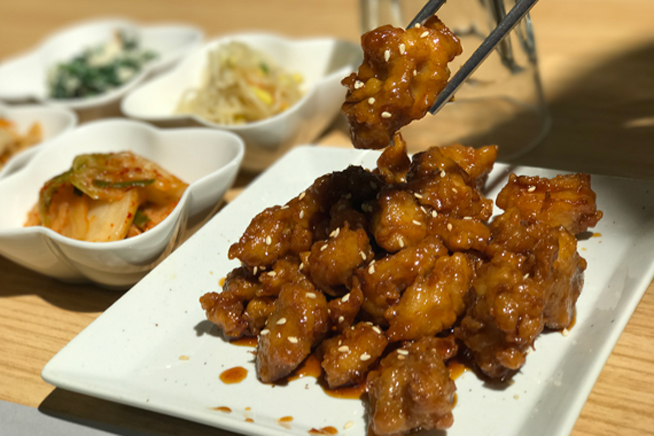 Fans who want to cheer on the likes of Tottenham Hotspur star Son Heung-Min will want to head to Hyu – the spicy popcorn chicken and stellar bibimbap at this family run spot will ruin fast food forever. 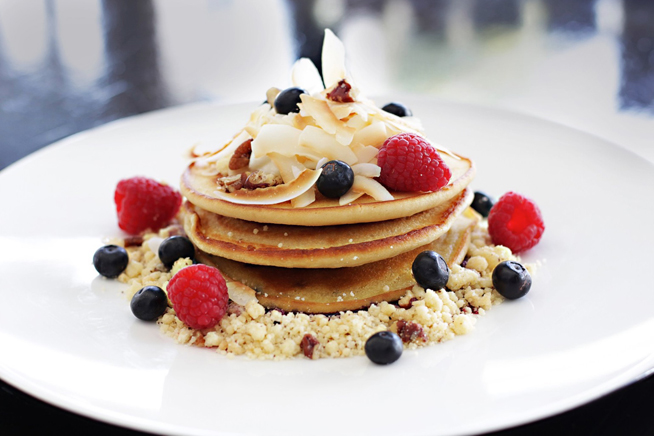 You’ll likely queue for weekend breakfast, but the coconut pancakes and avo toast are well worth it. While there, you can discuss just how bad the team’s new home kit is. Just what is going on with those sleeves? 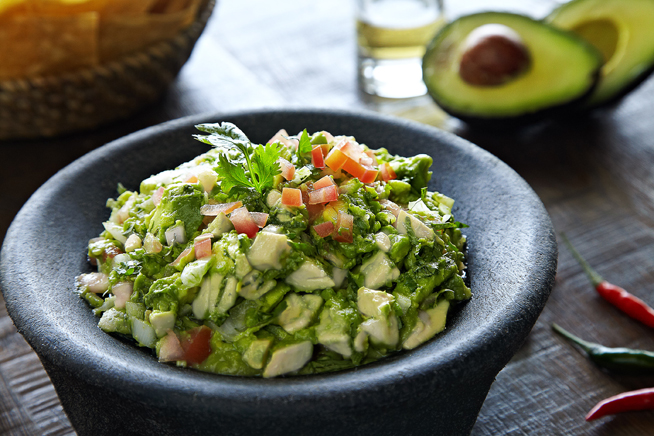 Get your friends together to share some inventive guacamole dishes, fajitas and chimichangas while you discuss this weird fact about the team’s manager – Colombian Juan Carlos Osorio. He went to university in Liverpool in the UK and lived in an apartment near the Liverpool team’s training ground so he could secretly watch them train. 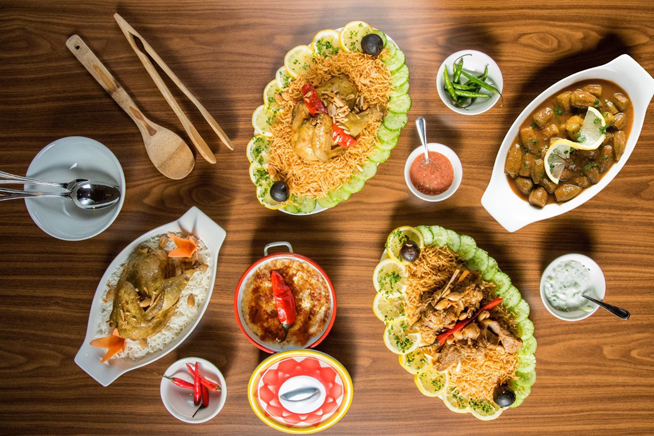 Named after the Saudi Arabian reception area to welcome guests, this spot promises an authentically homely experience where you can try traditional dishes such as breakfast dish hemssa lamb liver and mains such as megalgel (lamb or chicken cubes with onion, paprika and black pepper). 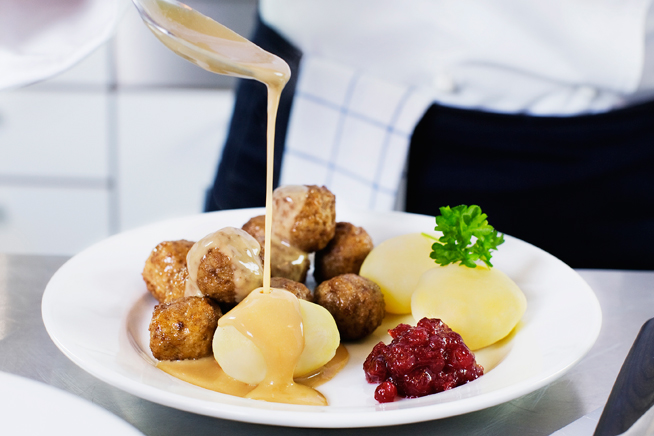 The 2018 Swedish team is regarded as solid if unspectacular by many pundits now that Zlatan Ibrahimovic has retired – a bit like Scandi store’s legendary meatballs and Dhs1 ice creams. 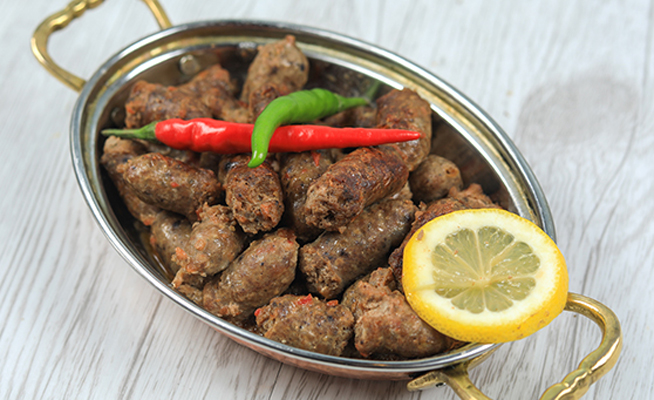 A hit with the city’s Egyptian diaspora, the koshari here is regarded among the most authentic outside Cairo by many. 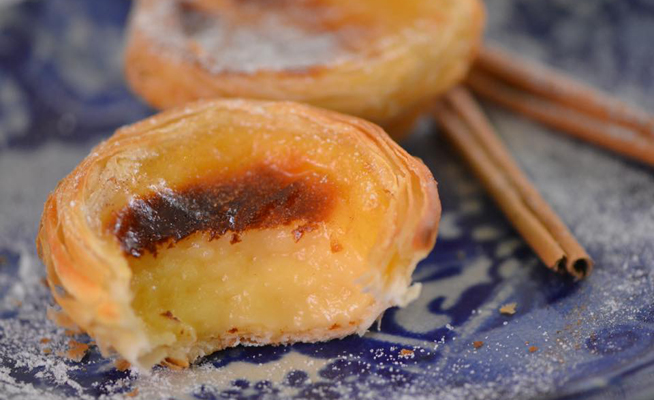 Avoid the clichéd places like Nando’s and head for a taste of Portugal so authentic we think even superstar Ronaldo would approve. Alma is known for its traditional egg tarts and breakfast dishes such as coconut bread with cheese and smoked roast beef. 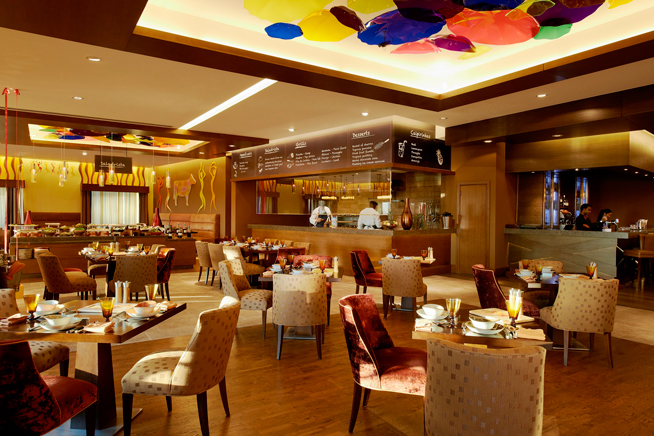 You might want to skip lunch before a visit to this churrascaria – huge piles of meat, carved tableside, will keep arriving until you admit defeat. Less likely to admit defeat are one of the pre-tournament favourites, with superstars such as Paris Saint-Germain striker Neymar in their line-up. 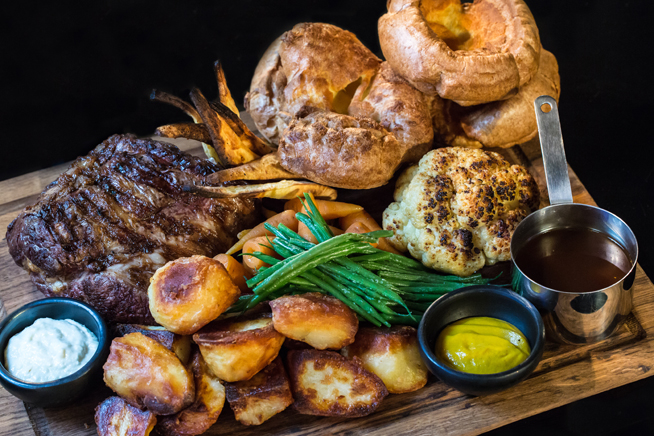 One of the teams expected to win it all in Russia, there’s much pressure on superstar striker Lionel Messi, regarded by many as the world’s best. You can debate that and more at one of Dubai’s best steakhouses, that just happens to be Argentinian as well. Head here for stellar steaks and a super-chic crowd. 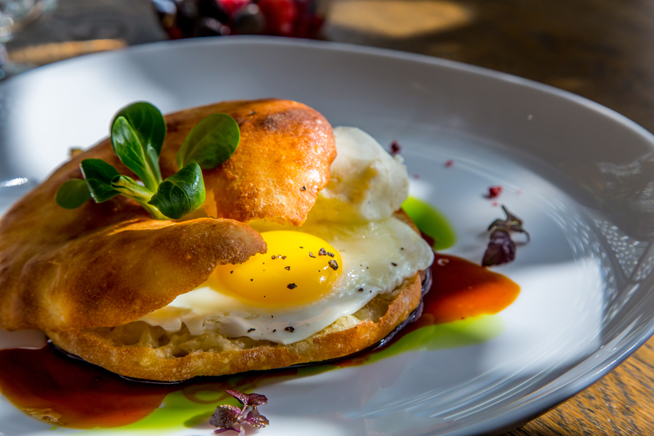 There’s a common misconception that Balkan cuisine is all meat and potatoes, but 21 Grams proves that’s not the case. You’ll find tons of fresh bread and hearty stews at this outlet that also serves Bosnian and Macedonian grub. 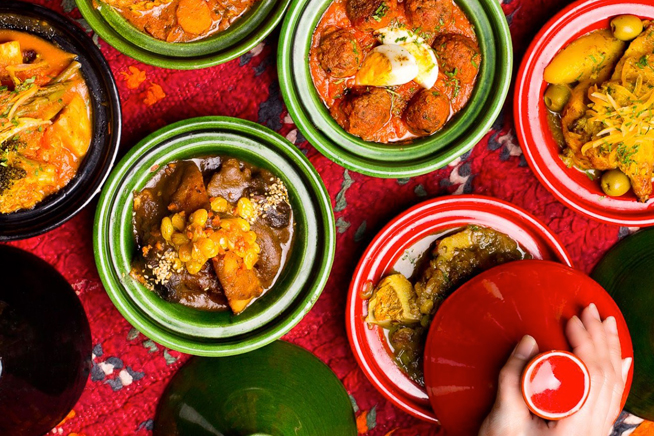 Expect a contemporary update on Morocco’s traditional tagines and pastries at this stylish beachfront diner. 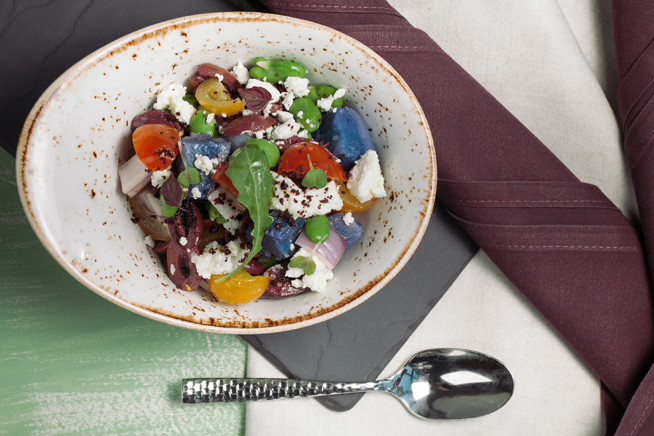 Serves a variety of Peruvian dishes including ceviches tiraditos and mains such as sea bass with lobster bulgur wheat and criolla salsa. Make sure you try their brunch deal – it’s a chance to discuss how the team’s captain Andre Carillo got his nickname The Snake.

Eagle-eyed readers will know there’s 32 teams at the World Cup, but only 21 on our list. That’s because these countries are not represented in the emirate’s culinary scene: Colombia, Costa Rica, Croatia, Denmark, Iceland, Nigeria, Panama, Senegal, Switzerland, Tunisia, Uruguay. So if you’ve got a few dirhams spare and want to start a restaurant, there’s a few niches available.

Restaurants
EDITOR’S PICKS
UAE holiday dates announced for Eid Al Adha
READ MORE
Another update: Emirates extends suspension of flights from India to UAE
READ MORE
Coming soon: Everything we know about Ain Dubai so far
READ MORE
Khorfakkan set to open new tourist attraction 580 metres above sea level
READ MORE
MOST POPULAR
It's Dhs350 to brunch, stay and play at the What's On Lock In this weekend
Barasti revamps its summer tent with stellar daily drinks deals
Enjoy dinner and a show 68 floors high in Dubai
New films to watch in cinemas this week: July 29 to August 4
16 Abu Dhabi pool pass deals that are so hot, they're cool
9 amazing things to do in Abu Dhabi this weekend: July 29 to 31
YOU SHOULD CHECK OUT
Our website uses cookies and other similar technologies to improve our site and your online experience. By continuing to use our website you consent to cookies being used. Read our privacy policy here.