Can this new Japanese spot draw diners to Fashion Avenue?

Fans of Japanese cuisine will know this is the second serving of Katsuya By Starck. The design-led hotspot was formerly housed in the main part of Dubai Mall, before taking up residency at Jumeirah Al Naseem last year.

Now, this brainchild of sushi chef Katsuya Uechi and Parisian interior designer Philippe Starck is back at Dubai Mall, in the Fashion Avenue extension. But will this new location be enough of a lure for diners? 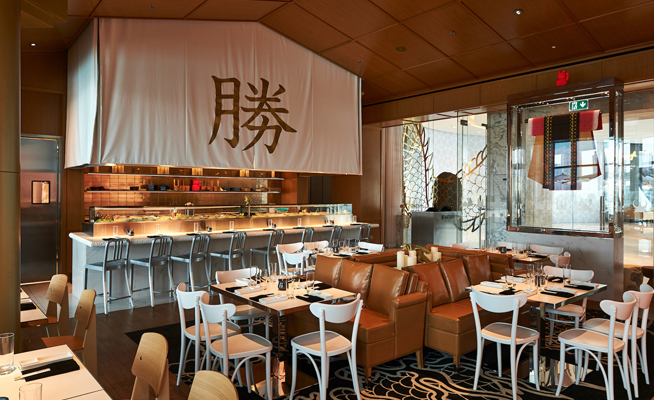 For the moment, it doesn’t seem to be. What’s On found it quiet during a midweek evening, and it took help from two security guards to find it (it’s in an easy-to-miss corner at the far end of the second floor). Once found, though, you’re greeted by two beaming hostesses and the décor is welcoming – the interior is a mix of cushy brown leathers and casual white wooden chairs that provide a contrast to the vibrant, colourful artworks on display. 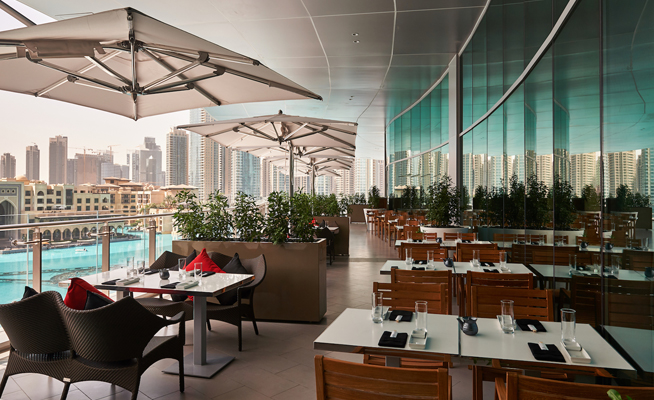 There’s also an al fresco area that is a stunning spot, overlooking the Dubai Fountain with a prime view of the just-reopened Address Downtown thrown in for good measure.

The menu is extensive and inventive and dishes are served “family sharing style”. This seems to be an ever-increasingly used buzzword in Dubai, and we’re still unsure of how it differs to a standard sharing style. 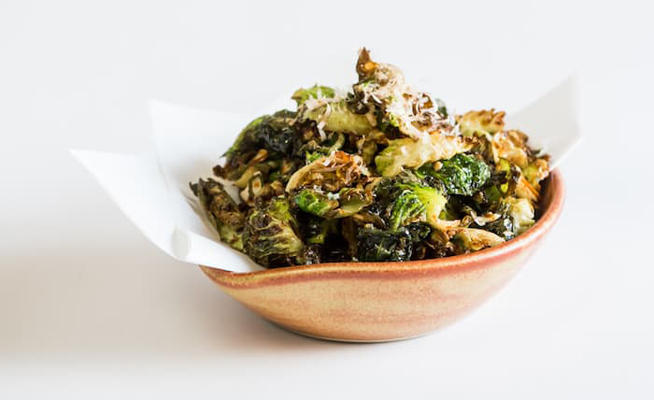 Brussel sprouts have a rep for being the dish most people avoid at Christmas dinner, but it’s surprisingly one of the best at Katsuya By Starck. Deep fried and scattered with crunchy almonds, every shred was devoured with lashings of a punchy balsamic soy sauce (Dhs49). A chicken salad (Dhs79) was less impressive – it was a combination of crispy vegetables, rice noodles and wonton crisps, but there wasn’t enough chicken for our liking, and the plum vinaigrette was rather lacking in flavour. A Hollywood roll (Dhs75), consisting of shrimp tempura, avocado and cucumber roll that was topped with spicy albacore (tuna), was a solid attempt but no leading lady. The star of the show though was the braised short rib (Dhs129). Flavoursome, premium chunks of meat fell apart delicately and melted in the mouth and were paired perfectly with wasabi mash potato and candied carrots – it’s an Eastern interpretation of a Western dish that really highlights the culinary creativity Katsuya has become internationally famed for.

It’s still early days for Fashion Avenue, so we’re optimistic that Katsuya By Starck will fare well once a few more shops in the extension are open.

Eat & Drink
Restaurants
EDITOR’S PICKS
Ain Dubai will open with fireworks, live music and a drone show
READ MORE
Incredible Aura SkyPool to open in Palm Tower this November
READ MORE
Brit Grand Slam hero Emma Raducanu confirmed for Mubadala Tennis
READ MORE
What’s On Nightlife Awards 2021: Here are the nominees...
READ MORE
MOST POPULAR
O Beach Dubai will no longer be opening on Palm Jumeirah
The most up to date information for entering Abu Dhabi: Oct 2021
First look: Instagram breaking 2D cafe, Forever Rose opens in Yas Mall
Emirates warns passengers to arrive early to DXB airport this weekend
Pics of the week: Your best photos of the UAE
YOU SHOULD CHECK OUT
Our website uses cookies and other similar technologies to improve our site and your online experience. By continuing to use our website you consent to cookies being used. Read our privacy policy here.