The St Regis Dubai appears to have been renamed 'Habtoor Palace'

It follows the removal of signage at The Westin, The W and The St Regis in Al Habtoor City…

When news broke that Dubai’s Al Habtoor Group had cut ties with the Marriott Group, questions were raised as to whether it’s three hotels; The Westin, The St Regis Dubai and The W would keep their monikers.

However, it looks like the Habtoor City hotels are set to change name, as the branding for all three has been removed. New branding has also already gone up at The St Regis, which has been replaced with ‘Habtoor Palace’ above the door.

As of yet, there’s no indication as to what the other two hotels will be renamed. 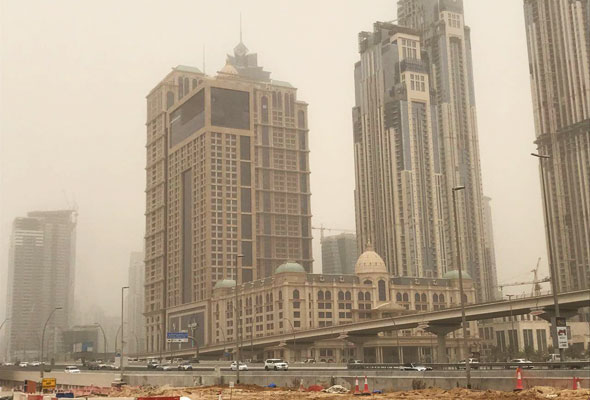 At the time of the announcement of Habtoor and Marriott cutting ties, Chairman of Al Habtoor Group, Khalaf Al Habtoor, said “We maintain a strong and friendly relationship with Marriott International. This decision marks the start of a new ear for Habtoor Hospitality as we focus more on strengthening our own brands and expanding our hotel-management portfolio”.

So what’s next for the trio of Al Habtoor City hotels?

Well, we’re expecting an announcement from the Al Habtoor Group on who will takeover operations this week.

Although unconfirmed, several sources have hinted that Hilton hotels will take over the three properties, bringing three of their brands into the properties. Hilton are yet to make a statement confirming or denying reports.

FIVE hotels, who were also rumoured to take over operations of the W, have confirmed they will not be involved. “FIVE would like to clear up any speculation in the market by confirming FIVE is not taking over any new hotel operations in Dubai” said Aloki Batra, CEO of FIVE Hospitality. “FIVE uses the Roman numeral V for its branding to represent the five elements and not the letter V. We wish the owners and operators of Al Habtoor City all of the success for the future,” he added.

We look forward to seeing what’s next for Al Habtoor City.

News
Staycations
EDITOR’S PICKS
What’s On Nightlife Awards 2021: Here are the nominees...
READ MORE
It's back! What's On Lock In returns to Media One Hotel
READ MORE
Arts and culture: 5 spots we can't wait to visit at Expo 2020 Dubai
READ MORE
UAE petrol prices are set to decrease in September 2021
READ MORE
MOST POPULAR
Pics of the week: Your best photos of the UAE
How to use Playkey.me, the region's first supercharged cloud gaming service
The Mai Dubai half marathon is back in October
Exhibitions, workshops and more to experience at Sharjah Art Foundation
New Irish pub McCafferty's opens second venue in Dubai
YOU SHOULD CHECK OUT
Our website uses cookies and other similar technologies to improve our site and your online experience. By continuing to use our website you consent to cookies being used. Read our privacy policy here.