61 students, staff and faculty from the American University of Sharjah came together to recreate the Raphael’s ‘School of Athens’

Students at the American University of Sharjah (AUS) have brought to life one Renaissance Italy’s most famous works of art, Raphael’s ‘School of Athens’.

The re-enactment was led by a team of seven architecture students at the university, bringing together 61 students, staff and faculty, each portraying one of the famous figures from history depicted in the original painting.

The original work, which currently resides in the Pope’s apartments at the Vatican, includes a who’s who of history’s greatest philosophers, poets, mathematicians, astronomers, physicians and architects including the likes Alexander the Great, Socrates and Leonardo da Vinci.

Various parts of the university’s campus were combined to create the backdrop and the final image was stitched together digitally from a series of smaller photos.

Here’s the original ‘School of Athens’ for reference 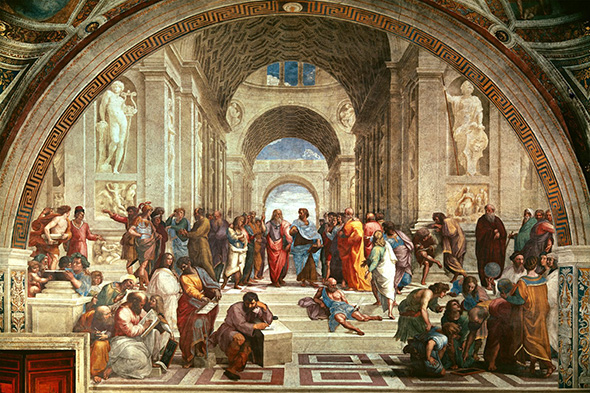 And here’s the AUS students’ re-enactment 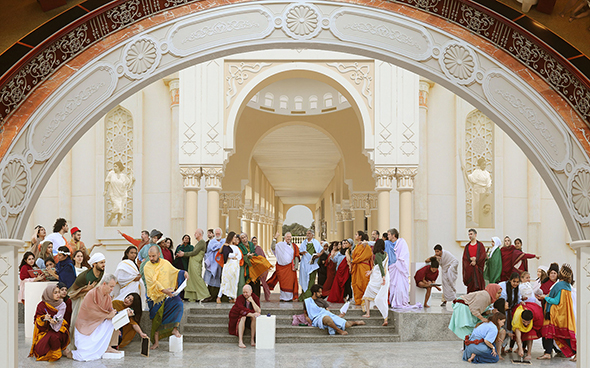 How close do you think they go it?

Art
EDITOR’S PICKS
9 royal-approved Dubai restaurants
READ MORE
12 incredible rooftop pools in Dubai to check out
READ MORE
16 of the best beach bars in Dubai for sundowners
READ MORE
Covid-19 rules in Dubai: all the updates you need to be aware of
READ MORE
MOST POPULAR
Join us for a preview of Fairmont Bab Al Bahr's Valentine's dine around
A new Amapiano brunch is coming to Annex at The Abu Dhabi Edition
Pay off your traffic fines in installments without interest
This stunning new gastropub is officially open at Soho Garden
Review: DIFC's new rooftop Japanese restaurant, Clap
40 places to celebrate Valentine's Day in Dubai
YOU SHOULD CHECK OUT
Our website uses cookies and other similar technologies to improve our site and your online experience. By continuing to use our website you consent to cookies being used. Read our privacy policy here.