Who's the next F1 artist to be announced? Here's a clue...

Another megastar is going to be announced for the Abu Dhabi GP this week, and we’ve got an exclusive clue for you…

The next artist announcement for the eagerly-anticipated Yasalm after race concerts is coming this week, but ahead of the big reveal, we’ve got an exclusive clue for you, to see if you can figure out who the artist might be.

You can find the artist, who will be the third of four megastars announced for the F1, hidden among a sea of fans heading to the after-race concert. But can you spot them? 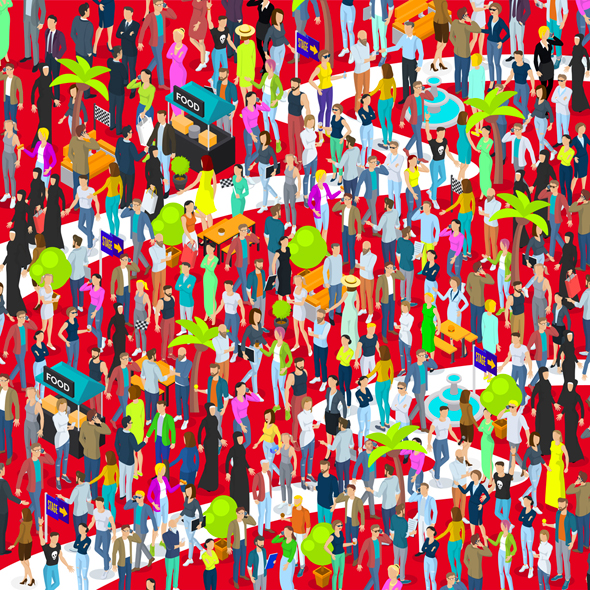 Well if not, maybe these clues dropped on the Yas Marina Twitter pages over the weekend might help you figure it out…

So, our next #ArtistAtF1 has something in common with one of the @RenaultSportF1 drivers…

Quite a few guesses so far… Here’s another clue for you, straight out of Woking:

Another one? Both have been on the scene since 2014:

Still not sure? Don’t worry as you don’t have long to wait. The next artist announcement is due tomorrow – so stay tuned.

The mystery artist will join the already announced The Weeknd, who will perform on Friday November 23, and legendary rockers Guns n Roses, who will close the show on Sunday November 25. A fourth artist is still to be announced later in the year.

Plus, if you get your tickets before July 31, you’ll be able to take advantage of a 20 per cent discount.

News
Sport & Fitness
EDITOR’S PICKS
UAE holiday dates announced for Eid Al Adha
READ MORE
Emirates extends suspension of flights from India to UAE again
READ MORE
Coming soon: Everything we know about Ain Dubai so far
READ MORE
Khorfakkan set to open new tourist attraction 580 metres above sea level
READ MORE
MOST POPULAR
A completely spoiler-free movie review of The Suicide Squad
Review: It's chilled vibes all the way at Jumeirah Islands Clubhouse
Review: Carna Dubai, a vibrant steakhouse 74-storeys high
Pics of the week: Your best photos of the UAE
New films to watch in cinemas this week: August 5 to 11
YOU SHOULD CHECK OUT
Our website uses cookies and other similar technologies to improve our site and your online experience. By continuing to use our website you consent to cookies being used. Read our privacy policy here.