You might already be planning your extended Eid break next week, but don’t forget there’s still a weekend to fill before that.

We’re kickstarting proceedings with some bargain hunting and top house music, followed by a live performance by a Filipino star, exploring a secret bar and celebrating Indian Independence Day on Friday. The weekend finishes off with winter festivals where you can actually build a snowman and live music by a top Dubai-based act.

Here are 12 things to do in Dubai this weekend.

1. Cool off with a new evening pool party 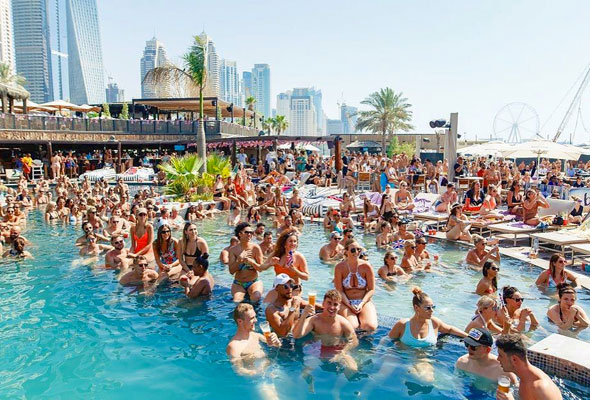 Dubai’s long-serving Barasti Beach is launching a brand new pool party to kickstart the weekend. From 8pm to 11pm, their free-entry, weekly pool party will serve up unlimited wine, beer and bubbles for just Dhs100 for ladies, while guys can take advantage of happy hour prices from 9pm to 11pm. 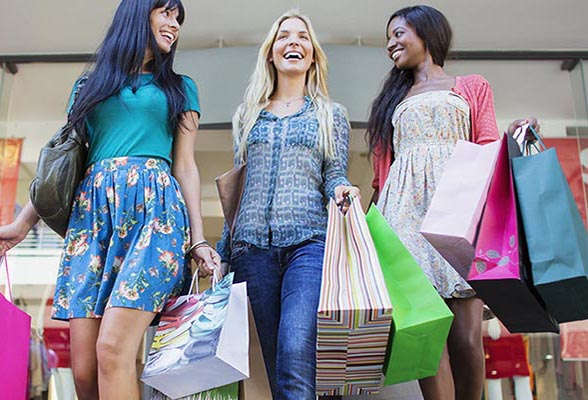 Offering up to 75 per cent off on top international brands, the Concepts Big Brand Festival returns to the Dubai World Trade Centre from Wednesday, August 15 to Sunday, August 19, just in time for the Eid Al Adha break. There’s more than 300 brands taking part, so expect to bag a bargain on luxury labels including Dior, Versace, Lacoste, Calvin Klein, Nike and Michael Kors. 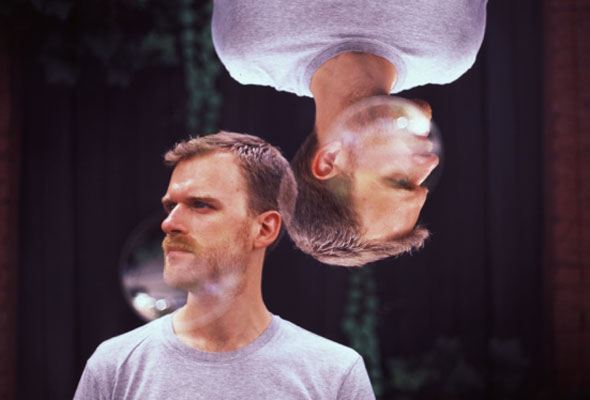 This weekend, Analog room is set to welcome progressive New York producer Gunner Haslam as its headline act. He’ll be supported by Pooja B, who makes her debut as a resident DJ at Stereo Arcade. Over in The Boom Room,  Ricardo De Meneses and MAAT go back to back. 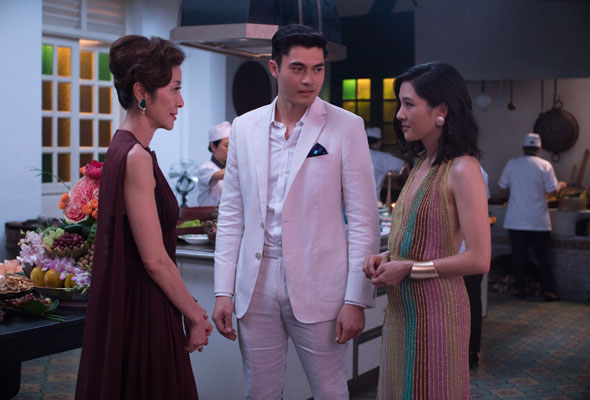 The first film in 25 years to feature an all-Asian cast, Crazy Rich Asians is out in cinemas across Dubai this weekend. The story follows New Yorker Rachel Chu (Constance Wu) as she accompanies her longtime boyfriend, Nick Young (Henry Golding), to his best friend’s wedding in Singapore. But Rachel is unprepared to learn that Nick has neglected to mention that not only is he the son of one of the country’s wealthiest families, but also one of its most sought-after bachelors.  Being on Nick’s arm puts a target on Rachel’s back, with jealous socialites and, worse, Nick’s own disapproving mother (Michelle Yeoh) taking aim. 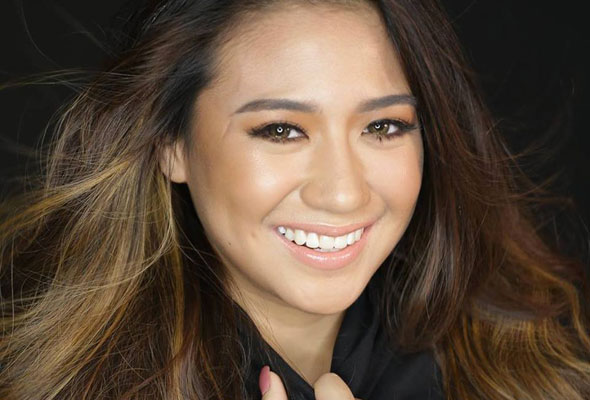 Popular Filipino singer Morissette is set to make her Dubai debut this month. makes her debut in Dubai – she’s expected to sing hits including Diamante and Throwback.

6. Party at a secret bar 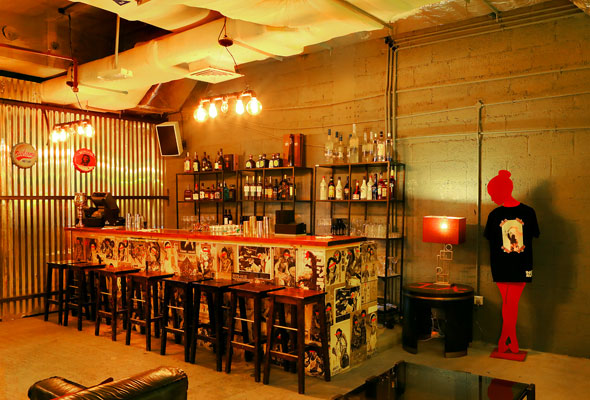 The Shoreditch Sessions is the latest offering from newly opened underground nightclub, Industrial Avenue. Starting from 5pm, guests will need to make their way beyond the secret door to ‘The Shoreditch’, Industrial Avenue’s hidden room, where the after party takes place. The speakeasy-style bar will offer four drink tokens (house spirits and wine) for Dhs100 per person. 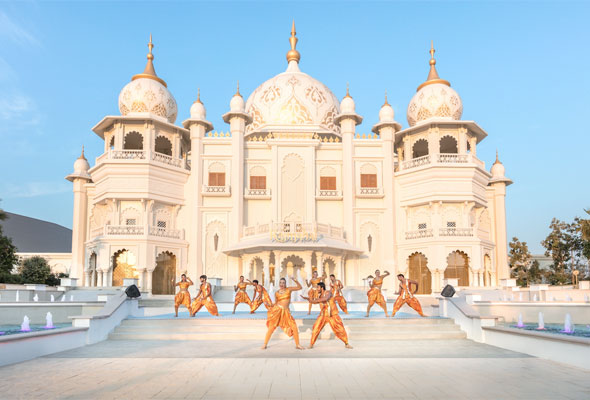 To celebrate ‘72 years of India’, Bollywood Parks Dubai will host a weekend of dance performances, patriotic music, traditional Indian food stalls and special decorations throughout the park from August 15 to 17. Doors open at 3pm until 11pm.

8. Cool off with a pool day 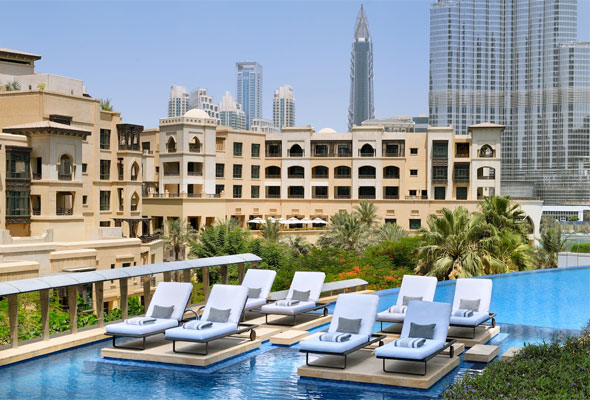 The recently reopened Address Downtown has now opened up its spa and leisure facilities, which spans across the sixth floor of the hotel. Outside you’ll find a sprawling, five-tier infinity pool complete with Burj views, and weekend access is priced at Dhs250 per person, with a Dhs150 voucher to spend on food and drink.

9. Get your culture fix with a free exhibition 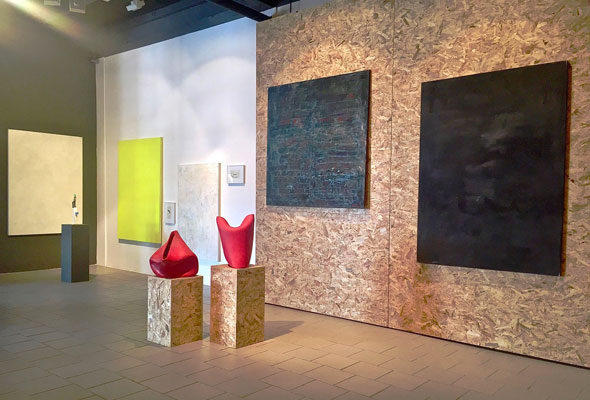 Named after the retro Hasbro toy that featured in the top 100 toys of all time by Time magazine, this exhibition explores the impact of our innate reactions to colour. The conscious and unconscious choices of the viewer are based on their responses to colour which are represented through different media in this group show. Artists include Iranian talents Mohsen Jamali Neek, Habib Farajabadi and Reza Bangiz, plus Iranian artist and curator Fereydoun Ave, who helped promote contemporary art in post-revolutionary Tehran in the 1980s and continues to champion Iranian artists around the world.

10. Captain your own boat and sail around Dubai

There’s a new Dubai-based, boat tour company allows you to captain your own boat as you sail around Dubai. Brought to you by HERO Odysea, the idea is a convoy of boats go out with a tour guide who leads from his own boat – but you’ll be driving your own boat yourself. The tour lasts for 90-minutes and takes in iconic Dubai landmarks such as the Burj Al Arab and Atlantis, The Palm. 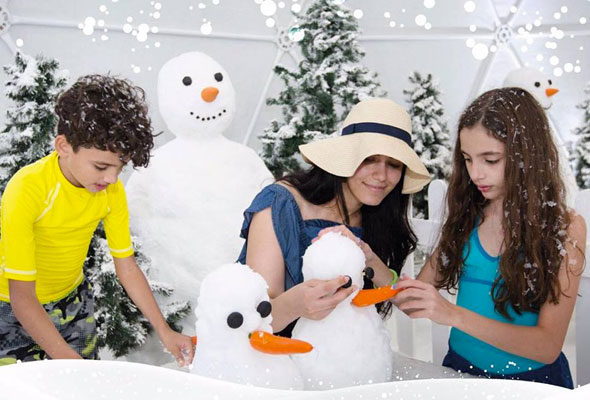 Taking place every Friday and Saturday at Dubai Ladies Club is DubaiICE, a winter-themed festival inside a pop-up, hosted within an igloo-inspired dome on the private Dubai Ladies Club beach. The festival will run from 3pm to 7pm until the end of the month, and promises a host of snow-themed activities for women and children. Entry will be priced at Dhs260 for ladies and Dhs80 for children (sorry guys – this is a women-only event).

12. Finish the weekend with some live music 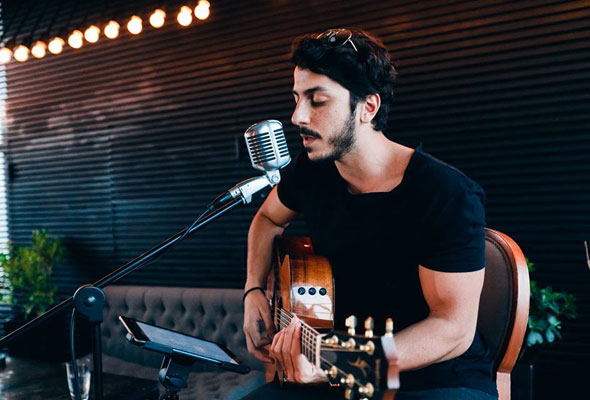 Offering up some impressive views across Business Bay and Downtown, Iris is a great place to chill out at the end of the week. On Saturday’s, one of Dubai’s top live music acts, Danny Aridi plays an acoustic set from 6pm to 9pm as the sun sets.

Things to do
EDITOR’S PICKS
Bla Bla: Dubai's huge new beach club is set to open this Thursday
READ MORE
16 of the best beach bars in Dubai for sundowners
READ MORE
Watch: A look inside Conor McGregor's Dhs20,000 per night Dubai villa
READ MORE
Where to get the Covid-19 vaccine in Dubai, Abu Dhabi and across the UAE
READ MORE
MOST POPULAR
Market on the Creek: Dubai Festival City Mall launches outdoor market
Conor McGregor shares Abu Dhabi yacht snaps ahead of UFC clash
Discover Mall of the Emirates' cool new concept store, THAT
Check out these incredible images of Dubai's 'Love Lakes'
Short+Sweet Dubai is back for its ninth year starting this weekend
YOU SHOULD CHECK OUT
Our website uses cookies and other similar technologies to improve our site and your online experience. By continuing to use our website you consent to cookies being used. Read our privacy policy here.