The award-winning Lebanese outlet opens in the UAE…

Lebanese fare is certainly nothing new in Dubai, but Babel, a fresh venture in the UAE from an award-winning restaurant chain, claims it’s offering something different – a progressive take on the cuisine that mixes Lebanese dishes with unexpected ingredients.

Situated in Jumeirah’s beachfront destination La Mer, it’s the seventh outlet in the Middle East (the group operates in Lebanon, Kuwait and Bahrain). 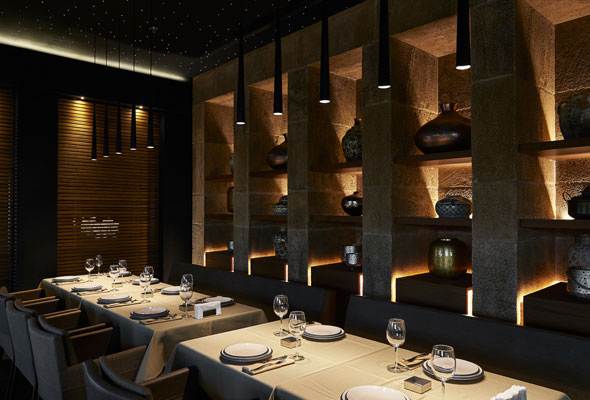 The menu is divided into mezze, fish, soup, salads and desserts, but don’t come here expecting to sample the unusual classics like tabbouleh (although these are on the menu, albeit with a twist), as Babel lives up to its ‘progressive’ promise.

By adding fish to the traditional Fattet recipe of hummus and pine nuts, the fattet shrimps (Dhs70) was given a very welcome makeover. But it was the shrimp Beiruti (Dhs55) which came accompanied with a moreish sauce made from green, red and yellow peppers, chilli paste and spicy olive oil that was demolished in mere minutes. 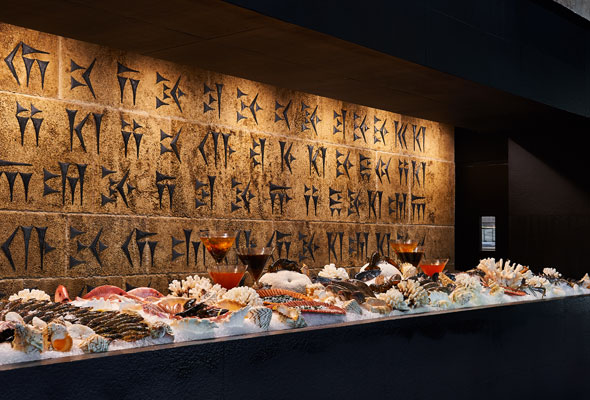 For mains, the expansive seafood bar offered an array of offerings so fresh, they still moved – so it’s probably not wise to take your vegan date here.

The lobster (Dhs275) was the real highlight though – and we’re planning to revisit for that dish alone. With a creamy sauce including onions and parmesan, it certainly was an intriguing combination that we’d never have put together, but went down a real treat. The presentation of the Halwayo fish (Dhs195) was great – although it needed a sauce. 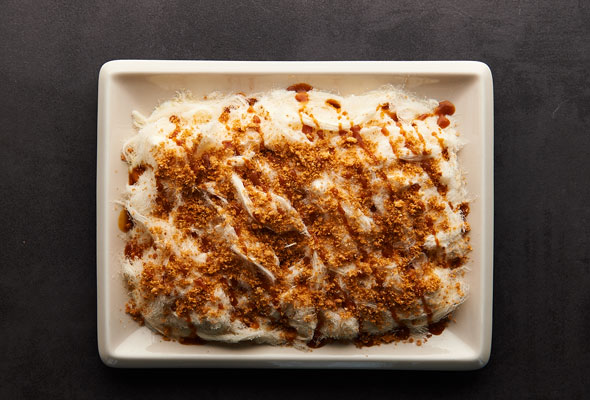 The only dish that disappointed was the chocolate ganache (Dhs45) which had a slightly bitter aftertaste but a second dessert a ghazlieh (Dhs38), was a cheesy sweet with lotus and sugar strands not unlike candyfloss.

Service was top drawer – the mostly Lebanese staff were attentive (although they did have a tendency to occasionally hover) and recommend what dishes complement each other.

Head here before word of mouth spreads, but if you leave without trying the lobster, then you haven’t come for the right reason.

Eat & Drink
Restaurants
EDITOR’S PICKS
UAE holiday dates announced for Eid Al Adha
READ MORE
Emirates extends suspension of flights from India to UAE again
READ MORE
Coming soon: Everything we know about Ain Dubai so far
READ MORE
Khorfakkan set to open new tourist attraction 580 metres above sea level
READ MORE
MOST POPULAR
A 50 Best Restaurants guide for the MENA region is debuting in 2022
UAE residents stranded in India, Pakistan and more allowed to return
Watch: Incredible video of Saturn captured from UAE mountain
Stay at this luxury Palm Jumeirah hotel for just Dhs299
Watch: Reem Mall and Snow Abu Dhabi close in on completion
YOU SHOULD CHECK OUT
Our website uses cookies and other similar technologies to improve our site and your online experience. By continuing to use our website you consent to cookies being used. Read our privacy policy here.