Radisson Hospitality AB has announced that it will be opening the Middle East’s first Radisson hotel in Damac Hills next year.

Currently under construction and due to open in Q4 2019, it will be situated amongst the new 3.9 million sqm residential community surrounded by parkland and an 18-hole championship golf course.

“Wait a second, aren’t there already Radisson hotels in Dubai?!” we hear you exclaim. And you’d be right, kinda.

Dubai is currently home to no fewer than five Radisson Blu (and two Park Inn by Radisson) hotels, which are owned and managed by the same company as this new property. The difference (at least what we could ascertain from some speedy Googling) is that a non-Blu Radisson hotel is far more common inside the United States, whereas the Radisson Blu brand tends to crop up in Europe, Africa and Asia. 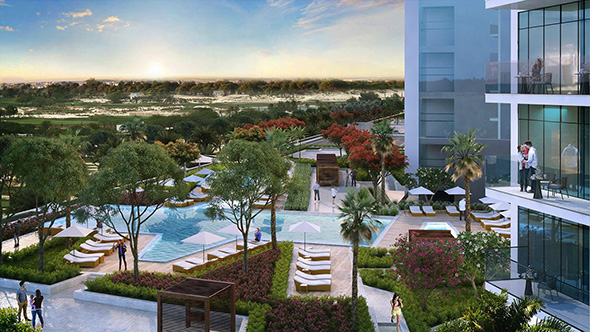 So yes, technically this will be the first Radisson of its kind in the Middle East and something of a rarity outside of the US.

Branding semantics aside, the hotel does seem like it will come with all the mod cons we’ve come to expect from the Scandinavian-inspired hospitality brand. It will feature 481 rooms, including one and two-bedroom suites, as well as two restaurants to cater to guests’ dining needs.

Leisure facilities including a gym, spa, kids club and an outdoor swimming pool will also be available, as will an extensive hotel meeting space built out over 600sqm.

Staycations
EDITOR’S PICKS
Ramadan in Dubai: 40 iftars to try
READ MORE
Where can Dubai residents travel? Check out these 14 destinations
READ MORE
Rumours, facts and reveals: New Abu Dhabi bars and restaurants
READ MORE
UAE announces reduced working hours for Ramadan 2021
READ MORE
MOST POPULAR
20 places to enjoy culture and history in Abu Dhabi
3 mega-venues opening in Dubai that you need on your radar
6 fun things to do in Abu Dhabi this week: April 18 to 21
Book an unforgettable escape to Mӧvenpick Resort Kuredhivaru Maldives
Review: Is Lucky Fish worth its salt at West Beach?
YOU SHOULD CHECK OUT
Our website uses cookies and other similar technologies to improve our site and your online experience. By continuing to use our website you consent to cookies being used. Read our privacy policy here.