When living abroad, friends become family. And one of the great things about living in a multicultural country like the UAE is that it doesn’t take long to build up a network of friends from all over the world.

Of course, it’s also a transient place where people come and go – though these days it’s easy to stay in touch, thanks to social media. But that wasn’t the case for some of the first expats who lived here, shortly after the country was founded in 1971.

ALSO READ:
Looking back: 10 amazing historical photos of the UAE
These pre-oil photos of Dubai show what life was like over 50 years ago

One former expat has shared a series of heartwarming photos of his reunion with his childhood best friend, after 32 years apart. 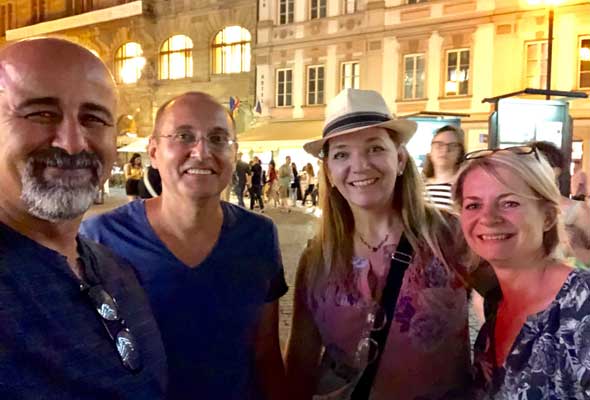 The friends and their wives met up in Prague

From 1977 to 1987, A J Allee lived in Al Ain, where his father worked as a school principal. It was here he met his friend, who was from Czechoslovakia (now Czech Republic) and whose parents had come to the UAE to work as doctors.

The pair were classmates from 4th grade to 12th grade. “He was truly my best friend, and we stood together against the hard desert environment,” A J told What’s On.

“The fact that we were without [other] family or friends made us grow stronger.” 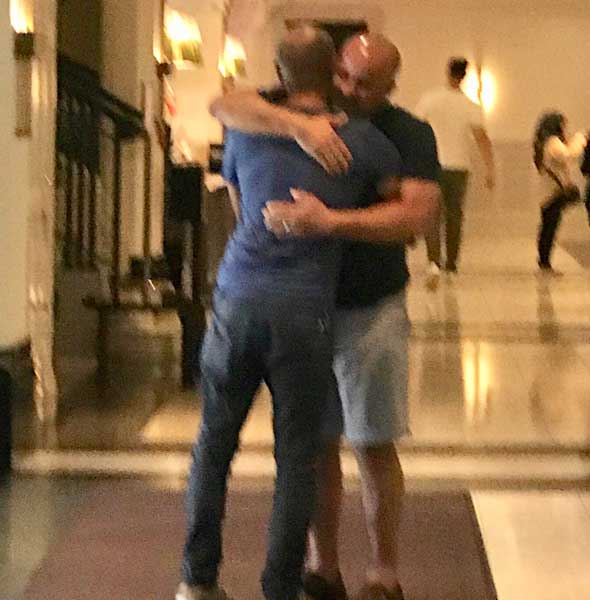 When it was time to go to college, they parted ways – A J heading to Texas, and his best friend returning to Prague. Unfortunately, they lost contact, as A J changed his name upon moving to the USA.

But A J never stopped thinking about his friend. When he and his wife started planning a trip to Europe two years ago, he started wondering if he might be able to see him again.

A J said he spent about a year trying to find him on social media, with no luck. But then he came across a cousin who was able to put him in touch. 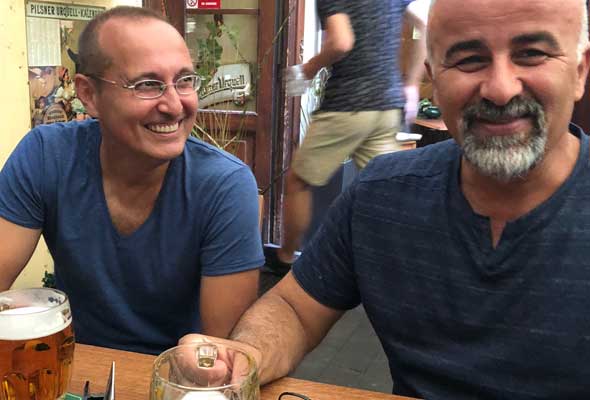 They shared memories of their time in the UAE

Last week, the two friends finally reunited in Prague, in what A J described as one of the happiest days of his life. He shared photos of their meeting to Reddit, in a post that has received more than 74,000 upvotes.

“We cried tears of joy, because he had been searching for me as well,” A J said of the reunion.

“We instantly talked about the UAE, the school, friends, the sand dunes adventures, and the many boy scout trips.”

News
EDITOR’S PICKS
Dubai hotels and restaurants to suspend entertainment until further notice
READ MORE
9 royal-approved Dubai restaurants
READ MORE
16 of the best beach bars in Dubai for sundowners
READ MORE
Where to get the Covid-19 vaccine in Dubai, Abu Dhabi and across the UAE
READ MORE
MOST POPULAR
Dubai announces new restrictions on restaurants, weddings and social events
8 of the best homegrown burger concepts in Dubai
Direct Etihad flights to Qatar from Abu Dhabi are inbound next week
Dubai Health Authority answers your questions regarding the vaccination
Expo Dubai 2020: What’s inside the Sustainability Pavilion?
YOU SHOULD CHECK OUT
Our website uses cookies and other similar technologies to improve our site and your online experience. By continuing to use our website you consent to cookies being used. Read our privacy policy here.