This upscale Mexican restaurant in DIFC has closed down

It was open for just over a year…

DIFC’s Peyote restaurant has closed down, What’s On Dubai has learned.

The upscale Mexican restaurant, which opened in Gate Village in April 2017, hailed from London’s Mayfair and served up some top high-end Mexican dishes. 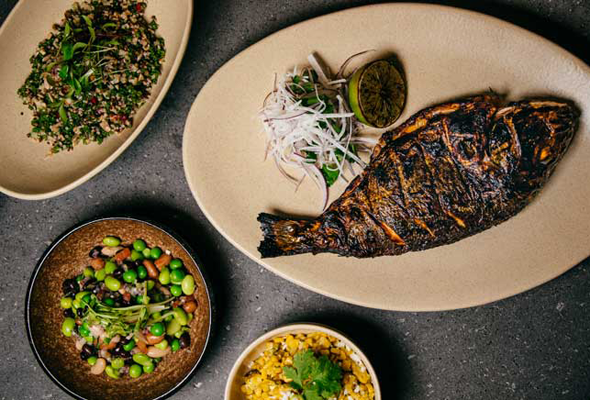 The high-end spot brought gourmet Mexican flavours to DIFC when it opened, taking over the location formerly occupied by Wheelers. The bar area started off immediately busy, and there was also a great business lunch menu and weekly Friday brunch.

Peyote is the latest in a string of closures in the DIFC and Downtown area, alongside Monaco-born nightclub Sass Cafe, US seafood restaurant Catch and speakeasy bar Little Black Door.

Back in April, Peruvian spot Mayta located in the Capital Club also said goodbye to DIFC, promising to reopen in D3 sometime this year.

At the moment, no information has been given as to what will replace Peyote.

But Mexican foodie fans, it’s not all bad news, as a new Mexican restaurant is soon to open its doors in Dubai. La Carnita is a cool street food concept which originates from Toronto, Canada, set to start welcoming guests in the coming weeks.

Located in the Intercontinental Dubai Marina, the concept promises a fusion of food and art, as well as some epic Mexican cocktails.

Eat & Drink
Restaurants
EDITOR’S PICKS
Ain Dubai will open with fireworks, live music and a drone show
READ MORE
Incredible Aura SkyPool to open in Palm Tower this November
READ MORE
Brit Grand Slam hero Emma Raducanu confirmed for Mubadala Tennis
READ MORE
What’s On Nightlife Awards 2021: Here are the nominees...
READ MORE
MOST POPULAR
The most up to date information for entering Abu Dhabi: Oct 2021
First look: Instagram breaking 2D cafe, Forever Rose opens in Yas Mall
Emirates warns passengers to arrive early to DXB airport this weekend
Pics of the week: Your best photos of the UAE
Take a look inside the brand new Madame Tussauds Dubai
YOU SHOULD CHECK OUT
Our website uses cookies and other similar technologies to improve our site and your online experience. By continuing to use our website you consent to cookies being used. Read our privacy policy here.