Three fresh restaurants to check out in Dubai this weekend

A pub garden that’s had an upscale makeover, an unlicensed BBQ and grill and Singaporean seafood arrives in Al Seef…

From wallet-friendly dinner deals perfect for pairs, to unique dining experiences you wouldn’t get anywhere else, we’re spoiled for choice when it comes to dining out in Dubai.

And if you’re looking for somewhere to head to this weekend, we’ve rounded up three spots we reckon you won’t want to miss out on. A Singaporean seafood restaurant with over sixty years experience has opened in Al Seef, and so has a new BBQ fire pit restaurant in Jumeirah, and Girder’s Garden has had a makeover, and there’s some top notch nosh on the brand new menu

Here are three new restaurants to dine at this weekend. 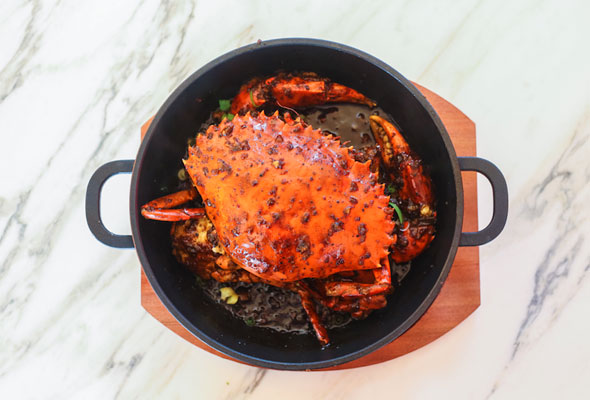 One for the meat lovers: Atmosfire 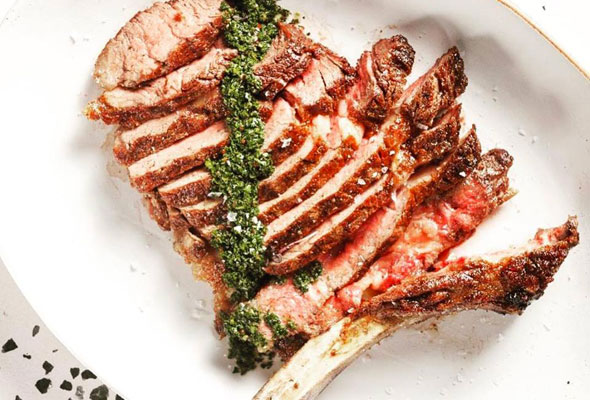 AtmosFire can be found on Jumeirah Beach Road opposite Sega World, and promises to serve up ‘a carnivore’s paradise’ for its guests. The barbecue and open fire pit grill style restaurant is centered around a floor-to-ceiling brick brazier which takes pride of place in the centre of the restaurant. On the menu, you can either go a la carte, or select ‘From The Pit’ menu, where you’ll be able to pick a starter, and selection of meat cuts for mains. It’s a menu designed to be shared, and premium cuts of meat are served in small, shareable portions alongside a collection of sauces and sides. 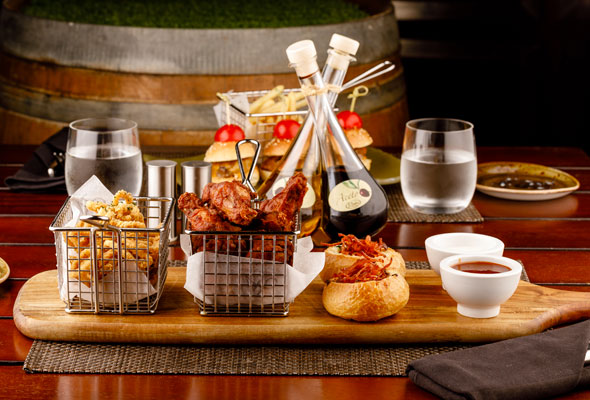 Girder’s Garden has gone undercover, so you don’t have to sweat it out while you watch the sport from their AC tent. It’s still got the super sized screen for catching the games, but plush new furnishings have replaced the old pub style fit out, making it more of a posh gastropub. There’s a new menu too, and it’s brimming with pub classics such as fish and chips and burgers, but also has more gastro dishes and sharing plates, such as a steamed mussel pot and smoked beef brisket. There’s a brand new brunch too – where guests can enjoy sharing dishes brought to the table as well as pimp their drink from an interactive drinks station.

Eat & Drink
Restaurants
EDITOR’S PICKS
UAE holiday dates announced for Eid Al Adha
READ MORE
Another update: Emirates extends suspension of flights from India to UAE
READ MORE
Coming soon: Everything we know about Ain Dubai so far
READ MORE
Khorfakkan set to open new tourist attraction 580 metres above sea level
READ MORE
MOST POPULAR
It's Dhs350 to brunch, stay and play at the What's On Lock In this weekend
Barasti revamps its summer tent with stellar daily drinks deals
Enjoy dinner and a show 68 floors high in Dubai
New films to watch in cinemas this week: July 29 to August 4
16 Abu Dhabi pool pass deals that are so hot, they're cool
9 amazing things to do in Abu Dhabi this weekend: July 29 to 31
YOU SHOULD CHECK OUT
Our website uses cookies and other similar technologies to improve our site and your online experience. By continuing to use our website you consent to cookies being used. Read our privacy policy here.