Tickets for the 2018 Asia Cup are now on sale

Cricket fans from around the world will be setting their eyes on the UAE next month, as Abu Dhabi and Dubai gear up to host the 2018 Asian Cricket Council (ACC) Asia Cup.

Kicking off on Saturday September 15, the cricket tournament will run until Friday September 28th and will see top teams descend on Dubai International Stadium in Dubai Sports City and Zayed Cricket Stadium in Abu Dhabi to compete for the esteemed title.

Fans in the UAE will be able to get their hands on tickets from as little as Dhs20 in Abu Dhabi and Dhs35 in Dubai, which are on sale now on Platinumlist. 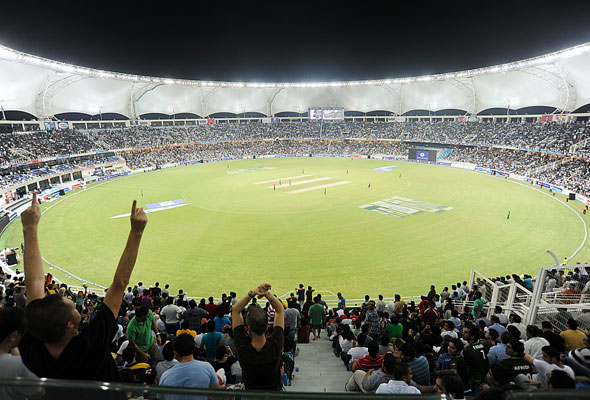 In Group A, India, the defending champions will face Pakistan and another yet to be decided qualifier, while in Group B Sri Lanka will play Bangladesh and Afghanistan.

The games will be played over a 50 over format starting from 3.30pm onwards.

The first game will see Bangladesh take on Sri Lanka at Dubai International Stadium, with Dubai hosting a further seven matches, including the big final which will take place on Friday September 28 from 1pm.

Khalid Al Zarooni, Vice Chairman of Emirates Cricket Board said, “The game of cricket is hugely popular here in the UAE, and we are sure there will be a fantastic atmosphere in the stands as well as great entertainment on the field throughout the tournament.”

Sport & Fitness
EDITOR’S PICKS
Ramadan in Dubai: 48 iftars to try
READ MORE
Where can Dubai residents travel? Check out these 14 destinations
READ MORE
Rumours, facts and reveals: New Abu Dhabi bars and restaurants
READ MORE
UAE announces reduced working hours for Ramadan 2021
READ MORE
MOST POPULAR
A stunning new mangrove forest has opened in Dubai
Dubai clarifies rules surrounding dining outdoors in Ramadan
Abu Dhabi Police warns public not to fall for beggar tricks
Splash around with these summer deals at waterparks in Dubai
New vegan menus, desserts and restaurants in Dubai to try
YOU SHOULD CHECK OUT
Our website uses cookies and other similar technologies to improve our site and your online experience. By continuing to use our website you consent to cookies being used. Read our privacy policy here.