Fancy a film this weekend? Then you should definitely check out the new VOX Cinemas which is now open in Abu Dhabi Mall.

MAX is the mega-screen experience, which is designed for the biggest blockbusters. Expect a 20-metre wide screen, plush VIP seats with side tables and lots of legroom, and the latest surround sound technology.

ALSO READ: 8 things to do in Abu Dhabi this weekend

Young film buffs will love KIDS, the cinema’s family-friendly offering. Children and their parents can watch the latest animation, action and adventure films in the colourful theatre, which also has adjoining party rooms. 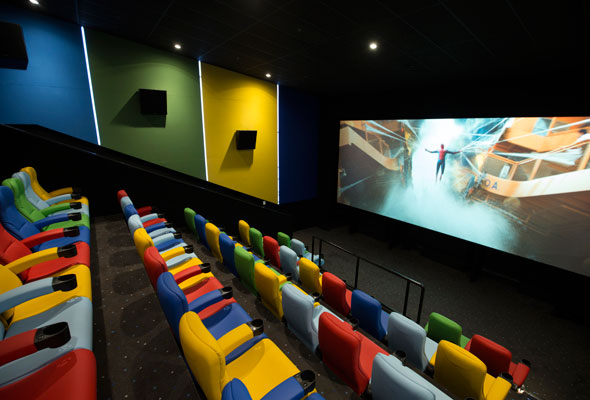 Film
EDITOR’S PICKS
UAE holiday dates announced for Eid Al Adha
READ MORE
Another update: Emirates extends suspension of flights from India to UAE
READ MORE
Coming soon: Everything we know about Ain Dubai so far
READ MORE
Khorfakkan set to open new tourist attraction 580 metres above sea level
READ MORE
MOST POPULAR
A new upscale Chinese restaurant with karaoke is opening in Dubai
Feast on the best unlimited chicken wing deals in Dubai
It's Dhs350 to brunch, stay and play at the What's On Lock In this weekend
6 great things to do in Abu Dhabi this week: July 25 to 28
6 fun things to do in Dubai this week: July 25 to 28
YOU SHOULD CHECK OUT
Our website uses cookies and other similar technologies to improve our site and your online experience. By continuing to use our website you consent to cookies being used. Read our privacy policy here.