The building was evacuated after residents felt tremors.

Abu Dhabi Municipality has started the demolition of a 13-storey tower which has been deemed unfit for occupation.

The building in the Al Zahiyah area of Abu Dhabi was evacuated after residents reported “strange vibrations”. An inspection by municipality engineers revealed cracks in the core structure of the building.

“The building has been deemed unfit for occupation, falls short of Abu Dhabi building codes and provides no safety for residents,” Abu Dhabi Municipality said in a statement.

ALSO READ: The unveiling of the world’s most expensive painting has been delayed 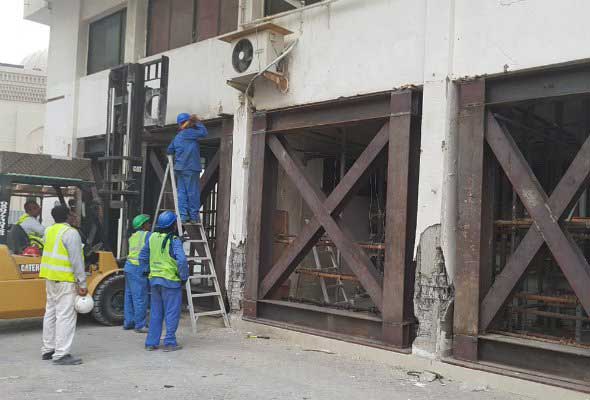 The building was immediately cordoned off and reinforced to prevent a sudden collapse. Residents were able to enter the building to retrieve their belongings, with the help of Abu Dhabi police.

Meanwhile, Abu Dhabi Municipality has called on building managers to undertake preventative maintenance of their buildings to ensure a similar incident doesn’t happen again. Owners have been given until January 2019 to comply with tough new rules under the Building Works Law.

“All owners and managers of buildings and property units are urged to give more attention to the periodic maintenance of buildings as it plays a vital role in fulfilling the security and safety needs of residents,” the municipality said.