Interview: Steve Lawler talks performing in Dubai ahead of his Soho Garden gig

The popular British DJ and producer is heading back to the city tomorrow, so we caught up with him…

Soho Garden kept its weekly nights running under the cover of an air-conditioned tent through summer, but this weekend full scale partying is back at the Meydan hotspot.

With the summer roof coming off, Soho Garden is set to welcome the first of a string of international DJs for it’s weekly ‘Thursday’s at Soho’ this Thursday September, 20. And who better to kick things off than Steve Lawler?

The popular British electronic artist and producer was last in the region to perform as part of huge Ants festival, which made its debut at Soho Beach back in March, so ahead of his return we caught up with the DJ to find out his plans for his whistle stop trip to Dubai, and what he’s up to the rest of the year… 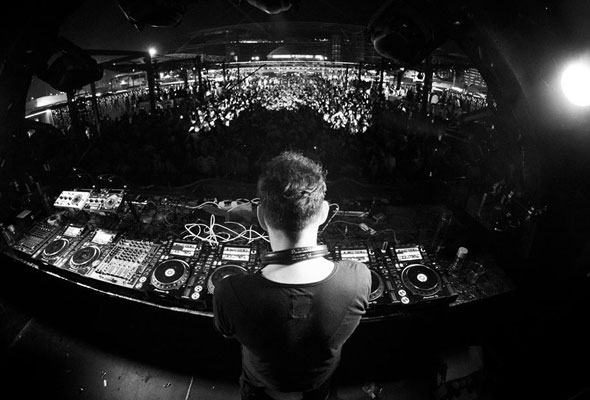 What’s On: What are you most looking forward to about coming back to Dubai?
Steve Lawler: All of it, right from the very start. [Flying] first class on Emirates, through to the party crowd of Dubai and everything in between.

WO: You were last here earlier this year for ANTS at Soho Beach, what can we expect from your set this week at Soho Garden that’s different?
SL: I think it’s a more intimate setting, so expect things to get a little more sexy, but for sure with the same energy I always deliver.

WO: If you’ve got any down time in the city, where will you be spending it?
SL: Honestly, I have no idea. I have a few friends that live in Dubai so as soon as I land I’ll be planning my stay then. I’m not one for planning!

WO: If you weren’t DJ’ing and producing, what would you be doing?
SL: I have absolutely no idea honestly I have thought about this and been asked it before several times, but there really is nothing else I love as much as music and performing.

WO: What’s happening for the rest of 2018 for you?
SL: I have a few more festivals left, the Ibiza closing parties, then it’s mainly Atlantic touring for me; South America, North America, Central America and Asia, busy busy busy, it never stops.

Nightlife
EDITOR’S PICKS
UAE holiday dates announced for Eid Al Adha
READ MORE
Emirates extends suspension of flights from India to UAE again
READ MORE
Coming soon: Everything we know about Ain Dubai so far
READ MORE
Khorfakkan set to open new tourist attraction 580 metres above sea level
READ MORE
MOST POPULAR
A completely spoiler-free movie review of The Suicide Squad
Review: It's chilled vibes all the way at Jumeirah Islands Clubhouse
Review: Carna Dubai, a vibrant steakhouse 74-storeys high
Pics of the week: Your best photos of the UAE
New films to watch in cinemas this week: August 5 to 11
YOU SHOULD CHECK OUT
Our website uses cookies and other similar technologies to improve our site and your online experience. By continuing to use our website you consent to cookies being used. Read our privacy policy here.