The long-awaited Al Maryah Central mall will open next year

The Dhs5 billion mall will be home to the first Macy’s outside of the US, as well as a huge Bloomingdales…

Abu Dhabi’s Al Maryah Central Mall will open on August 27, 2019 it has been announced.

The Dhs5 billion mall will connect to the existing The Galleria Al Maryah Island and combined will cover an expansive 2.8 million-square-feet.

Once complete, the mall will be home to 400 shops and 100 restaurants, including the first Macy’s store outside of the US, as well as a Bloomingdales which will be even bigger than it’s Dubai Mall counterpart, according to The National. 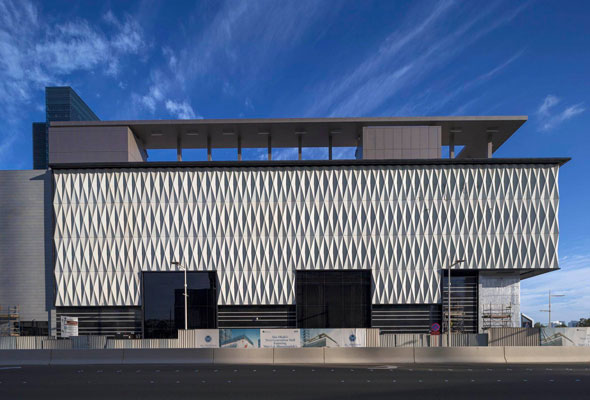 ALSO READ: Two-for-one entry at the Louvre Abu Dhabi for the rest of September

More announcements for stores inside are expected to be revealed soon. “In the coming weeks, we will announce many additional brands, which together will create an incredibly exciting retail, entertainment and dining mix for Abu Dhabi’s residents and visitors,” said Daniel Parry, managing director of Gulf Related – the company behind Al Maryah Central.

Two, 400,000 square foot towers are also part of the second phase of the development. When completed, they will be home to a hotel, serviced apartments and luxury residences.

The mall was first scheduled to open in 2016, with the last update indicating it would open last month, however it has been forced back after facing delays.

Culture
News
EDITOR’S PICKS
13 Sheikh Hamdan-approved restaurants in Dubai
READ MORE
Dubai brunches temporarily banned in new preventative measures
READ MORE
12 upcoming Dubai mega-projects we can't wait for
READ MORE
17 of the best beach bars in Dubai for sundowners
READ MORE
MOST POPULAR
Wizz Air to launch Abu Dhabi to Tel Aviv flights from Dhs99
8 places to catch the Indian Premier League in Dubai
Emirates flight tickets can now be rebooked within 36 months
What’s On The Bookshelf: 3 feel-good fictions you have to read
Review: Hickory's Friday brunch at Yas Links Golf Club
YOU SHOULD CHECK OUT
Our website uses cookies and other similar technologies to improve our site and your online experience. By continuing to use our website you consent to cookies being used. Read our privacy policy here.