Live music, free-flowing drinks and unlimited dough balls from Dhs225? Sign us up…

Jazz PizzaExpress in JLT is home to one of the city’s best value Friday brunches, but did you know it’s now also home to a top Thursday evening brunch.

Brought to you by LoveParties, (who also run popular party brunches WeBrunch at Accents and Hidden at Treehouse), The Stage Brunch runs from 8pm to 11pm. 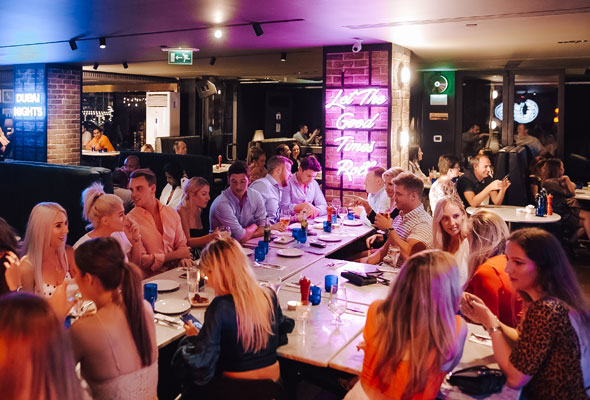 Unlike Love Parties party brunches, The Stage Brunch is a more laid-back affair. It kicks off from 8pm, (although those wishing to kick off early can take advantage of happy hour prices on drinks from 4pm to 8pm) with neat plates of sharing starters delivered to the table. The offering includes unlimited grilled mushrooms, Polpette meatballs and Pizza Express’ signature dough balls served up to an acoustic soundtrack. 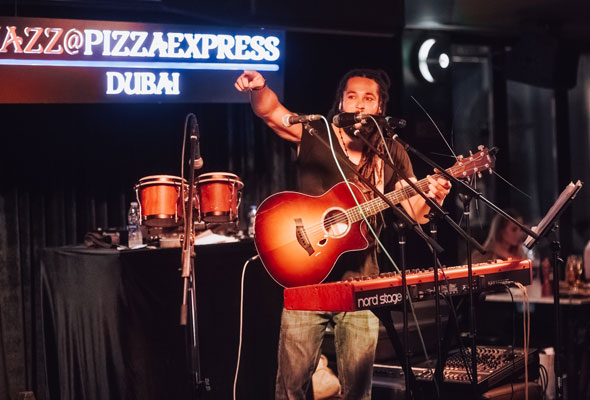 From there, guests are invited to pick a main from a choice of four pizza, two pasta and two salads, and the acoustic sets by musician Adam Baluch are switched up for livelier sing-along hits and crowd karaoke by the time they arrive.

For Dhs225 the package includes unlimited sharing starters, a five-choice a la carte main course, and free flowing beers, wines and spirits. Upgrade to the premium package for Dhs25 extra, and you’ll be treated to all those, as well as draft beer, sparkling wine and a selection of cocktails, too. 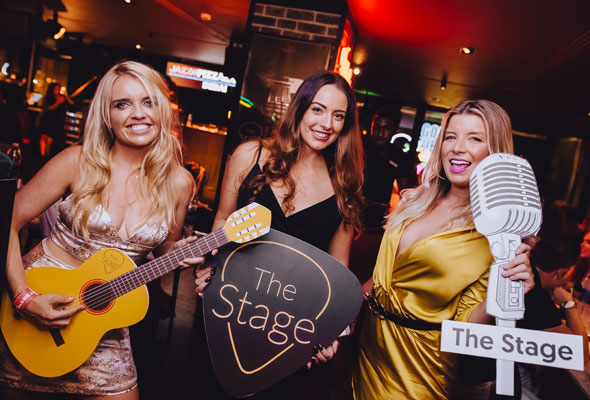 There’s no dessert included, but by the time it reaches the end of the brunch, guests are mostly on their feet anyway.

But the party doesn’t stop just because brunch does, and an after-party kicks in with popular Dubai DJ Andy Swift taking to the decks from 11pm, with a value offering of five drinks for Dhs150.

Brunch
EDITOR’S PICKS
Ramadan in Dubai: 38 iftars to try
READ MORE
Where can Dubai residents travel? Check out these 14 destinations
READ MORE
Rumours, facts and reveals: New Abu Dhabi bars and restaurants
READ MORE
UAE announces reduced working hours for Ramadan 2021
READ MORE
MOST POPULAR
How many days will we get off for Eid Al Fitr 2021?
Urban Outfitters' sister brand Anthropologie to open in The Dubai Mall
This double vacation offer includes stays in both Dubai and the Maldives
Dog of the Month: ubk launches unique social media competition
Watch: A House of Artisans has opened in Abu Dhabi
YOU SHOULD CHECK OUT
Our website uses cookies and other similar technologies to improve our site and your online experience. By continuing to use our website you consent to cookies being used. Read our privacy policy here.