American singer Omarion to perform at this Dubai ladies' night...

It’s a big weekend of mega acts and huge nights out in Dubai, and one more has just been added to the bill. American singer Omarion is set to perform at White Dubai this Saturday October 27.

The ‘Post To Be’ hitmaker will headline White’s sellout ladies’ night, URBN this Saturday, where ladies will be treated to unlimited complimentary beverages from doors opening at 11pm until 1am.

It’s not the first time Omarion has headlined at the Meydan super club; he was last in the region to perform at White back in May 2016. 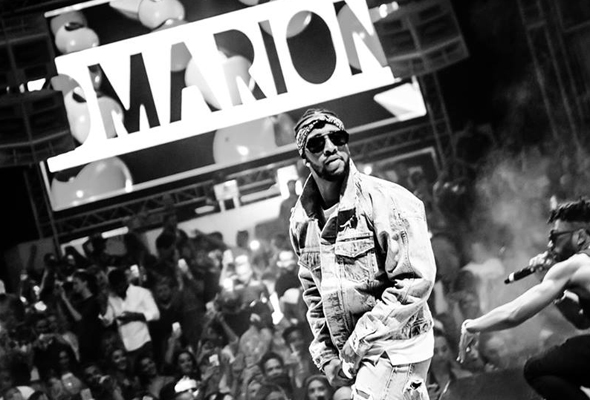 ALSO READ: All the best nights out in Dubai this week

White is also set to welcome Nigerian Grammy-nominated star WizKid this weekend, who will headline at their other ladies night, Disturbing, on Thursday October 25. Once again, ladies can enjoy unlimited free drinks until 1am.

On Friday, you’ll be able to catch the x hitmaker, who’s collaborated with stars including Drake, Tinie Tempah and Skepta at neighbouring club Drai’s, where he’ll be performing poolside at the earlier time of 9pm.

Also in town on Thursday is DJ legend David Guetta, who’s making his return to the region to perform at D3 superclub Base. Entry for the gig is Dhs300, with ladies treated to a welcome drink on arrival.

The legendary producer has worked with stars including Nicki Minaj, Sia, Justin Bieber and Usher producing seven albums and selling more than 30 million records worldwide across his 15 year career. Most recently, Guetta has collaborated with Anne-Marie on Don’t Leave Me Alone, and we can’t wait to see him spin at the super club.

Nightlife
EDITOR’S PICKS
13 Sheikh Hamdan-approved restaurants in Dubai
READ MORE
Dubai brunches temporarily banned in new preventative measures
READ MORE
12 upcoming Dubai mega-projects we can't wait for
READ MORE
17 of the best beach bars in Dubai for sundowners
READ MORE
MOST POPULAR
Wizz Air to launch Abu Dhabi to Tel Aviv flights from Dhs99
8 places to catch the Indian Premier League in Dubai
Emirates flight tickets can now be rebooked within 36 months
What’s On The Bookshelf: 3 feel-good fictions you have to read
Review: Hickory's Friday brunch at Yas Links Golf Club
YOU SHOULD CHECK OUT
Our website uses cookies and other similar technologies to improve our site and your online experience. By continuing to use our website you consent to cookies being used. Read our privacy policy here.