It’s one of Dubai’s most famous icons, but just how much star power does the Burj Al Arab actually have?

When visitors come to Dubai for the first time, most of them want to see two things: the Burj Khalifa, and “that seven-star hotel”.

Basically, this is a hotel that is so luxurious it was somehow deemed beyond the regular five-star rating system for hotels.

But how did it earn such a lofty designation? And why stop at seven? This is the city of superlatives, after all.

Well, it turns out the Burj Al Arab has never officially been certified as a “seven-star hotel”. In fact, the whole thing is a myth that got a bit out of hand. 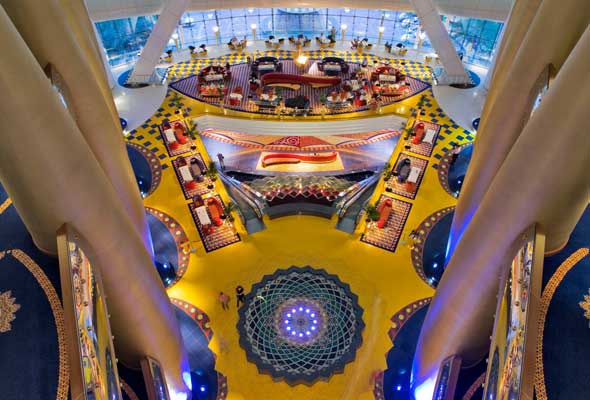 The colourful lobby of the Burj Al Arab

As the story goes, when the hotel opened back in 1999, a British travel writer who was invited to stay there was so in awe of the place that she described it in her article as a “seven-star hotel”. Over the past two decades, the glittering description has stuck.

A media spokesperson from Jumeirah Group confirmed this story, but said they no longer have a copy of the article in question. They also said they prefer not to comment on the whole “seven-star” thing.

Still, it’s a myth the hotel chain has quietly embraced. In promotional materials, Jumeirah refers to the Burj Al Arab as “the most luxurious hotel in the world”. And in this section of their website, they say it’s the “world’s only hotel which offers seven-star service”.

Naturally, it didn’t take long for other hotels to get stars in their eyes. After the Burj Al Arab, seven-star properties started popping up all over the world. The Seven Stars Galleria in Milan even hired a certification company to create a seven-star ranking so they could be the first hotel in Europe to snag the title. 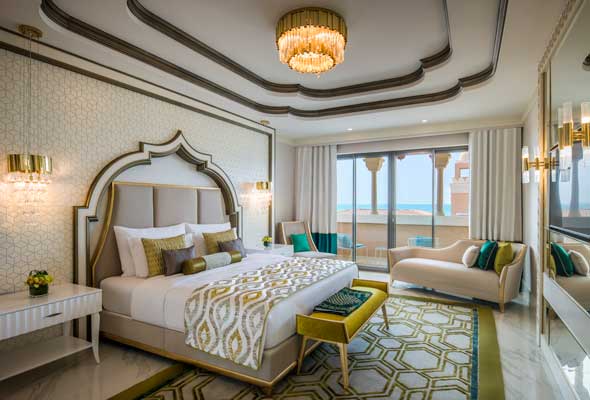 The royal suite in the Burj Al Arab

That’s the problem – there is no official international rating system for hotels. Classifications differ from country to country. So while you might be staying in a “five-star hotel” in one place, in another, that same hotel might only be worthy of three stars.

In Dubai, the Department of Tourism and Commerce Marketing is in charge. Their rating system only goes up to five stars. So by Dubai’s own standards, the Burj Al Arab is a five-star hotel.

This year, the Forbes Travel Guide – one of the world’s top rating guides for luxury hotels – also named the Burj Al Arab as a five-star hotel. It might be missing the two extra stars, but it’s still a big deal – it was one of just four hotels in the Middle East to be awarded five stars by the publisher.

Staycations
EDITOR’S PICKS
Here's the full list of UAE public holidays in 2023
READ MORE
23 incredible things to look forward to in the UAE in 2023
READ MORE
Hidden gems: 10 UAE desert pop-ups to discover this winter
READ MORE
Where to travel in 2023: 10 new flight routes from the UAE
READ MORE
MOST POPULAR
Pics of the week: Your best photos of the UAE
Dhow & Anchor has got you covered every day of the week
RTA: All the road closures you need to be aware about
Review: The Nice Guy Dubai
Masha and the Bear is coming to Abu Dhabi this April
YOU SHOULD CHECK OUT
Our website uses cookies and other similar technologies to improve our site and your online experience. By continuing to use our website you consent to cookies being used. Read our privacy policy here.