There will be a market, carnival rides, a petting zoo and outdoor cinema…

Just in time for the cooler months, Dubai’s Al Seef neighbourhood has announced a huge festival will take over the destination from now until the end of the year.

The Creekside spot will transform into an al fresco festival complete with carnival rides, live music a petting zoo and outdoor cinema.

A newly installed waterfront market will feature pop up stalls selling an array of home-grown products such as traditional handicrafts, home décor, souvenirs, accessories, and jewellery. Perfect for those looking for some unique Christmas gifts…

For families, a range of carnival rides and games have just been added to Al Seef, with soft toys ranging from small to super sized to be won. 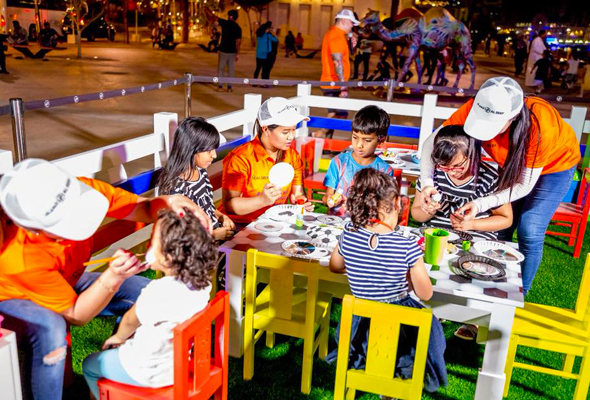 And while you wander, don’t be surprised to bump into a street musician or magician or two.

For little ones, there’s now a soft play area complete with inflatables and games at the destination, as well as Farm Petting Zoo, filled with rabbits, lambs hens and camels for children to interact with. Pony and Camel rides will also be on offer.

Then from November, Al Seef will host a complimentary kids’ movie screening under the stars every Thursday. Cushy bean bags will surround the big screen, with a popup cart on hand to serve cinema snacks such as ice-cream and popcorn. 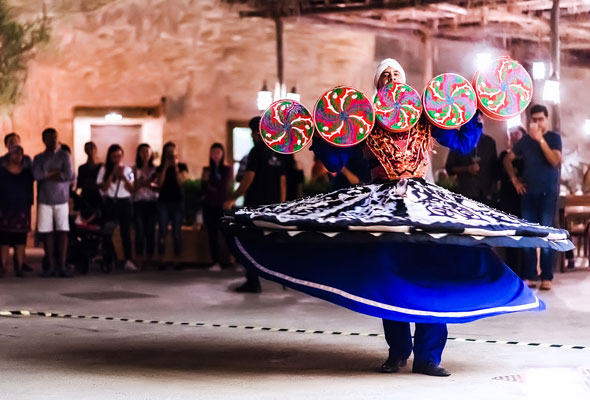 And while Thursdays are dedicated to film, Fridays will host an array of live performances from both Arab and Western music backgrounds. A new talent will take to the stage from 4pm onwards at the Al Seef Events Arena each week.

Al Seef is also promising themed mini-festivals to celebrate occasions such as UAE Flag Day and Christmas Eve, with the first penciled in for November 7, where a dazzling firework show and themed decor will celebrate the Indian festival of Lights, Diwali.

Things to do
EDITOR’S PICKS
UAE holiday dates announced for Eid Al Adha
READ MORE
Another update: Emirates extends suspension of flights from India to UAE
READ MORE
Coming soon: Everything we know about Ain Dubai so far
READ MORE
Khorfakkan set to open new tourist attraction 580 metres above sea level
READ MORE
MOST POPULAR
A fun new Saturday brunch is launching at MASTI Dubai
Review: Newton
Free chicken wings for three days at this celeb-fave Abu Dhabi restaurant
Review: Explore the Palm Jumeirah with a stay at St. Regis Dubai, The Palm
Etihad: India flights on hold until at least August 2
YOU SHOULD CHECK OUT
Our website uses cookies and other similar technologies to improve our site and your online experience. By continuing to use our website you consent to cookies being used. Read our privacy policy here.