Does this new Trade Centre restaurant make the cut?

Situated at One Central, the new office development by Dubai World Central, it comes complete with a copper colour scheme – probably described as ‘industrial-chic’ by some (not us) – and warm, inviting low-level lighting. It feels like the kind of place that would work well with a date, or with a bunch of friends too.

The kitchen is, of course, open plan (aren’t they all?), so diners can happily put the chefs at ill ease by staring at them as they work, should they feel that way inclined.

Andes plies its trade during the week as a spot for breakfast and lunch, and only opens for dinner on a Friday, with two sittings: the nine-course A-List dinner, and the eight-course Chef’s Table, both tasting menus and both requiring forward reservation. 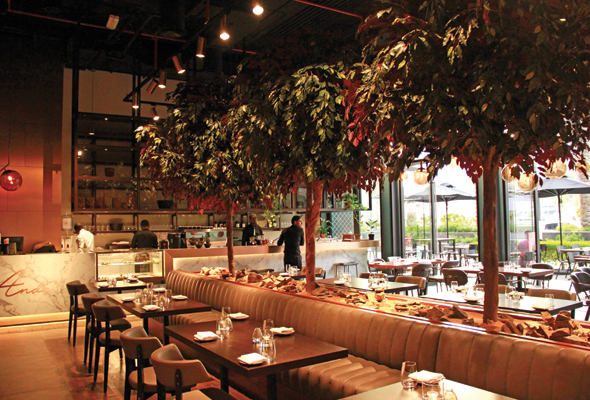 The menus – which change weekly – take inspiration from across the Andes region, with Peruvian and Mexican influences in several of the dishes.

We begin with two ‘pre-starters’: tart with avocado, onion and coriander and esquites, made with baby corn, masa, baby leek and Parmesan. Bite-sized, they were perfectly presented and packed with flavour.

Next, the quesadilla with lamb tastar was enjoyable both on its own and with the cheddar sauce. this was followed by King Oyster, shitake and comte foam with a dollop of chickpeas, again beautifully presented, and the contrasting textures complimented each other well. 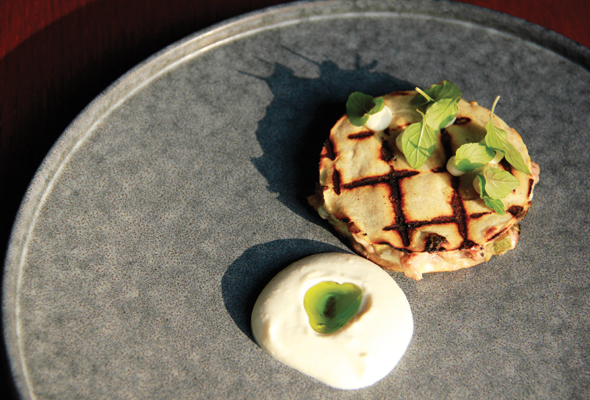 It’s worth noting that Andes doesn’t have a license, but pairing soft drinks such as kombucha and berry-infused mocktails are recommended with each course.

Next, kingfish and brussel sprouts packed in lots of flaovur when paired with a punchy mole verde sauce. The star dish of the evening came with the sixth course’ the Wagyu rib-eye with Papas con Corne, potatoes and pickles. It was succulent and would impress even the staunchest steak critics. 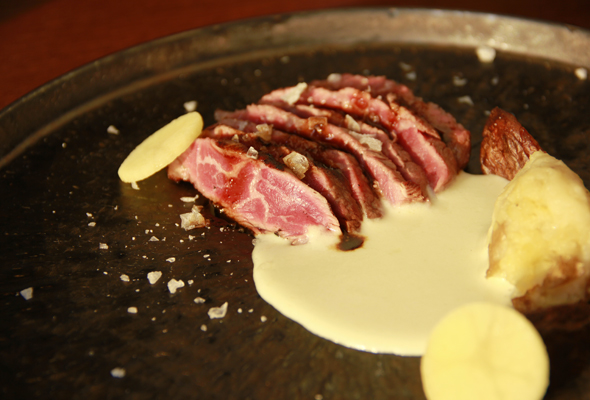 A thumb-sized serving of sorbet was followed by the final course, the palomitas popcorn ice cream, salted caramel and speculoos fudge. Refreshing and light, it left us wanting more.

It’s an impressive start for Andes, thanks to the faultless service and creative menu. Buen trabajo.

Eat & Drink
EDITOR’S PICKS
UAE holiday dates announced for Eid Al Adha
READ MORE
Update: Emirates again extends suspension of flights from India to UAE
READ MORE
Coming soon: Everything we know about Ain Dubai so far
READ MORE
Khorfakkan set to open new tourist attraction 580 metres above sea level
READ MORE
MOST POPULAR
Sign your kids up for a five-day theatre camp at The Junction this summer
Pics of the week: Your best photos of the UAE
New films to watch in cinemas this week: July 22 to 28
Caesars Palace Dubai transforms into a summer playground this Eid
10 things to do in Dubai that are free (or cost next to nothing)
YOU SHOULD CHECK OUT
Our website uses cookies and other similar technologies to improve our site and your online experience. By continuing to use our website you consent to cookies being used. Read our privacy policy here.