David Guetta performs a sellout gig, the Vengaboys celebrate a birthday and Khabib goes to the polo…

So in case you were wondering who to keep an eye out for at The Dubai Mall, we’ve put together a list of some of the famous faces spotted in Dubai and the UAE this weekend… 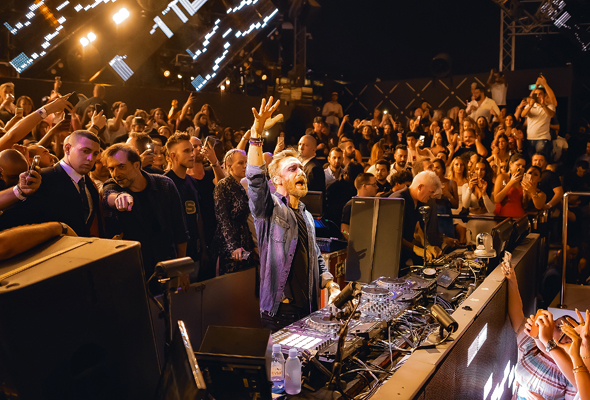 Legendary DJ David Guetta made his return to performing in Dubai for the first time since New Year’s Eve 2016 over the weekend. He headlined a packed out gig at Base Dubai, which was attended by DJ Nicky Romero, who was also in town to perform.

With @khabib_nurmagomedov at @alhabtoorpoloresortandclub humble and respected gentleman , I wish him the best on his next fight

UFC champion Khabib Nurmagomedov is in the midst of a trip to the Middle East, and made time over the weekend to hang out with businessman and keen polo player Mohammed Al Habtoor at the Al Habtoor Polo Resort & Club.

Former The Only Way is Essex cast member Samantha Faires has been enjoying a family holiday in Dubai alongside her partner and two young children. Although the reality TV star has not directly said she’s in Dubai, she posted this snap with daughter Rosie to her Instagram channels, and we’d recognise that skyline anywhere.

On the subject of reality TV stars, another reality TV couple, (this time of MTV fame) have been enjoying a working holiday in the emirate this week. Hosted by Inside Lifestyle, the lifestyle concierge company that last week brought Geordie Shore alum to the Emirate, Helen Briggs and Chet Johnson were spotted at some of Dubai’s top party spots including Zero Gravity, FIVE Palm Jumeirah and Coco Lounge.

DJ and sustainability advocate Sam Feldt was one of two stars headlining at the first sustainability driven festival in the region, which took place at Barasti over the weekend. As well as performing at the Thursday evening show, Feldt made time to snap picks at both the Burj Khalifa and Burj Al Arab.

Headlining the day after Sam Feldt at Barasti’s sunset festival was EDM DJ Nicky Romero. As well as performing at his gig, and paying a visit to David Guetta’s set at Base Dubai, Romero also headed to the Burj Khalifa, sharing this snap with his 2.8 million followers 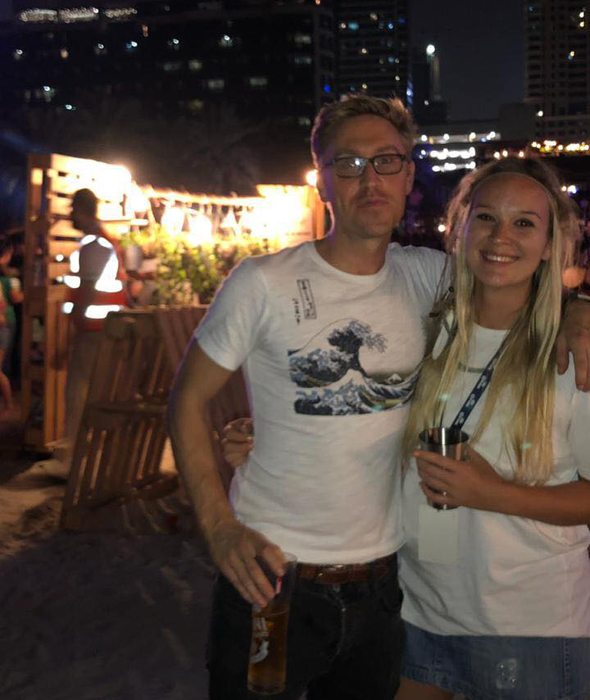 Although he’s not posted anything to his social media channels, it looks like comedian Russell Howard is enjoying a low-key holiday in Dubai. He was spotted happily posing for pictures with fans at the Sunset Festival at Barasti over the weekend.

The four-piece Eurodance act, Vengaboys, were in town last weekend for two huge gigs at Zero Gravity, but it seems like they’ve taken to Dubai as they’ve spent a week holidaying in the Emirate. They’ve been spotted up soaking up the sun across Dubai’s beaches, parting on The Palm and returning to Zero Gravity to celebrate band member D’Nice’s birthday.