The outdoor cinema is returning to Dubai Marina this month

And it’s kicking off with The Greatest Showman…

After a summer spent checking out some of Dubai’s best indoor cinema experiences, we’re excited to be heading outdoors to catch a film this winter. And we don’t have long to wait, as the Urban Outdoor Cinema has announced it’s returning to the Habtoor Grand in Dubai Marina this month.

From Saturday October 20, Urban Entertainment will be putting on three films a week at their cosy outdoor cinema on the lawn of the Habtoor Grand, running every Saturday, Sunday and Monday. 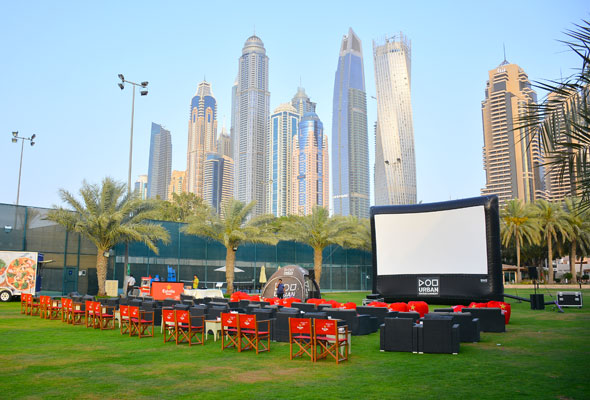 So what’s on the schedule?

Well it’s kicking off the first weekend with the smash hit musical, The Greatest Showman from 7.30pm on Saturday October 20. It will be followed by two huge classics, Top Gun on Sunday and Notting Hill on Monday.

Although the films start at 7.30pm, doors open from 6.30pm, and you’re advised to head down early to bag the best seat. 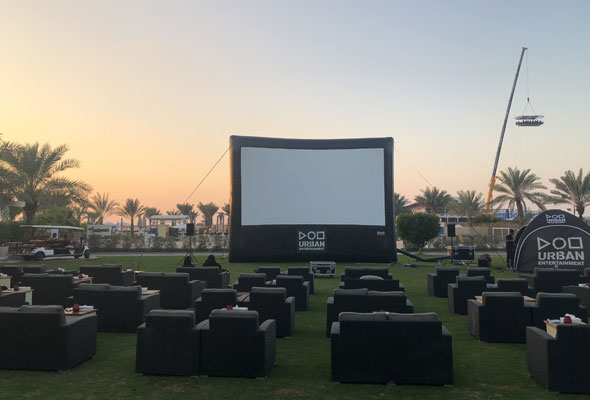 The following weekend, the outdoor cinema will show three consecutive days of Halloween specials; A Quiet Place will kick things off on Saturday October 27, Shaun of the Dead follows on Sunday, and The Lost Boys conclude the Halloween trilogy.

Throughout the final two months of the year, you can expect a full schedule of smash hit films on the bill, from Harry Potter to Pretty Woman and Romeo and Juliet.

Tickets are priced at Dhs75 for the film, but there’s also waiter service on hand where you can order a selection of all the usual cinema snacks as well as pizzas and tapas. Drinks on offer include soft drinks as well as wines and beers.

Film
Things to do
EDITOR’S PICKS
UAE holiday dates announced for Eid Al Adha
READ MORE
Emirates extends suspension of flights from India to UAE again
READ MORE
Coming soon: Everything we know about Ain Dubai so far
READ MORE
Khorfakkan set to open new tourist attraction 580 metres above sea level
READ MORE
MOST POPULAR
Meet the tiny robot jockeys riding Dubai's racing camels
It looks like Zac Efron and Jessica Alba filmed a new project in Dubai...
Jones the Grocer launches six limited-edition toasties and loaded fries
Expo 2020 Dubai will have a burrata bar, bakery school and robot baristas
Etihad launch summer business class sale fares from Dhs3,995
YOU SHOULD CHECK OUT
Our website uses cookies and other similar technologies to improve our site and your online experience. By continuing to use our website you consent to cookies being used. Read our privacy policy here.