When will Dubai Safari open again? Here's an update...

The park has undergone plenty of changes over the summer…

One of Dubai’s biggest new attractions, Dubai Safari, opened its doors in December 2017 as a home to more than 2500 animals across 250 species.

It closed for the summer season in the middle of May, and at the time promised it would offer an even bigger and better experience in October. So when is it going to reopen?

Well, it doesn’t look like we’ve got long to wait. A statement from the park’s general manager Frank Rietkerk says the new opening date will be revealed “in due course”, and also that plenty of changes have happened at Dubai Safari during its summer hiatus. 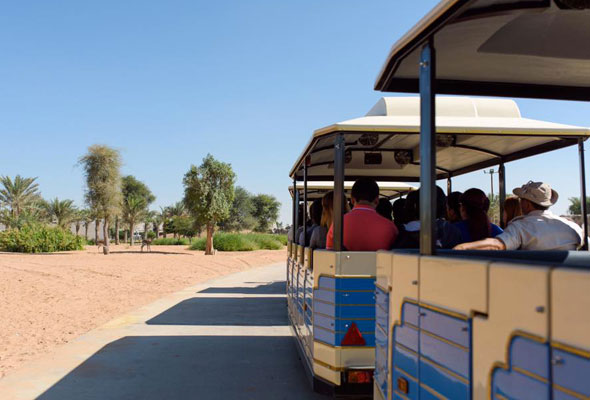 Over the summer months, the park has welcomed plenty of new animals including a group of moon bears, African elephants, chimpanzees, otters, a young Komodo dragon, and a range of new birds for the aviary (and a new bird show). The statement further reads that the “animals are in the process of adapting to their new environment and cohabitants”.

Other new elements at the park include a simplified hop-on-hop-off bus service that will take visitors to each of the four areas of the park, as well as an upgraded Adventure Village and a range of new restaurants.

Dubai Safari is one of a handful of top Dubai attractions we’re eagerly awaiting for the cooler months. Dubai Garden Glow is set to open this week, while Dubai’s Global Village will kick off its new season on October 30. A date for the opening of Dubai Miracle Garden is still to be revealed.

News
Things to do
EDITOR’S PICKS
Ain Dubai will open with fireworks, live music and a drone show
READ MORE
Incredible Aura SkyPool to open in Palm Tower this November
READ MORE
Brit Grand Slam hero Emma Raducanu confirmed for Mubadala Tennis
READ MORE
What’s On Nightlife Awards 2021: Here are the nominees...
READ MORE
MOST POPULAR
O Beach Dubai will no longer be opening on Palm Jumeirah
The most up to date information for entering Abu Dhabi: Oct 2021
First look: Instagram breaking 2D cafe, Forever Rose opens in Yas Mall
Emirates warns passengers to arrive early to DXB airport this weekend
Pics of the week: Your best photos of the UAE
YOU SHOULD CHECK OUT
Our website uses cookies and other similar technologies to improve our site and your online experience. By continuing to use our website you consent to cookies being used. Read our privacy policy here.