A new jungle-themed restaurant is opening in Pier 7

Another brand new restaurant is set to open its doors this winter in Dubai Marina, and we’re already suitably intrigued.

Called Mama Zonia, the new restaurant will open in Pier 7 and promises an ‘urban jungle escape’ as well as an exotic street food style menu coulpled with a party vibe.

First look renders of the venue show a ‘tropical-chic’ experience, so we’re expecting something pretty vibrant and over the top once the new spot opens. 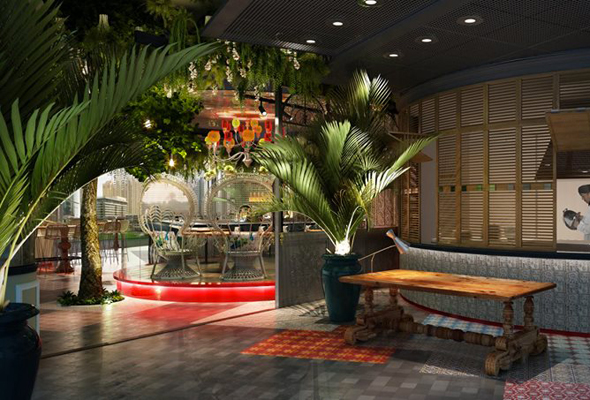 As well as an indoor space, the restaurant will also boast a stunning outdoor terrace with some seriously impressive Dubai Marina views, when it joins its fellow Pier 7 residents later this winter.

The restaurant replaces Ocacti, the Mexican restaurant in the building which closed earlier this year.

Mama Zonaia is the latest in a string of exciting new openings coming revealed for the city recently. Earlier this week, it was announced that Gordon Ramsay would be opening his second Dubai restaurant, bringing his signature Hell’s Kitchen to Caesar’s Palace.

Eat & Drink
EDITOR’S PICKS
What’s On Nightlife Awards 2021: Here are the nominees...
READ MORE
It's back! What's On Lock In returns to Media One Hotel
READ MORE
Arts and culture: 5 spots we can't wait to visit at Expo 2020 Dubai
READ MORE
UAE petrol prices are set to decrease in September 2021
READ MORE
MOST POPULAR
A pair of Pickl burger joints are opening in Abu Dhabi
The London Project to open huge new venue with three exciting concepts
Head to Dubai Opera in October for the timeless music of Frank Sinatra
Coming soon: The hottest new bars, restaurants and beach clubs
La Mezcaleria Business Bay to reopen with new weekly events
YOU SHOULD CHECK OUT
Our website uses cookies and other similar technologies to improve our site and your online experience. By continuing to use our website you consent to cookies being used. Read our privacy policy here.