Sanderson’s is about to be your go-to daytime restaurant.

Sergio Lopez is the man behind some of Dubai’s best cafes, including Tom & Serg. He’s opened Sanderson’s, his first venue in Abu Dhabi, and What’s On caught up with him to find out what it’s all about…

You parted ways with Bull & Roo (the umbrella company of Tom & Serg, Common Grounds, etc). What prompted that?
I wanted to take some time off for myself and my family. But a couple of months of inactivity were more than enough, and I decided to start my new company. We started to work on a concept that ended up being Sanderson’s. I’m also working on a personal project in my home town, which will be opening in December 2018 called Antipode Madrid. 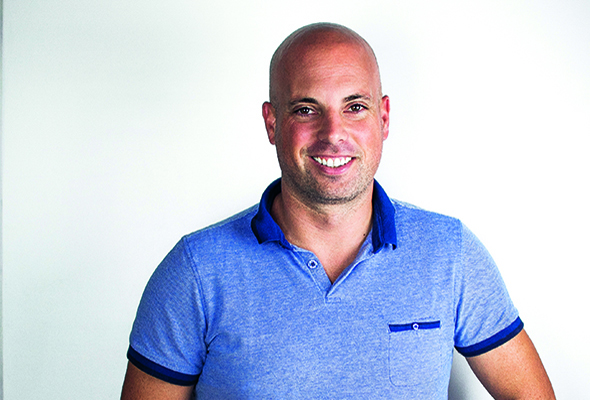 Tell us a bit about Sanderson’s
To me, everything about Sanderson’s is very special, not only because it is the first project I have opened in UAE after Bull & Roo, but also because it’s in Abu Dhabi, a city where I have been wanting to open a restaurant for a long time.

And the food?
Sanderson’s draws inspiration and brings flavours from all around the world. The menu is balanced by serving wholesome food that can be both naughty and nice. We’re aiming to have a zero-wastage kitchen and use every ingredient to create new ones. The wraps, for example, are done with the pulp from the juices.

Any particular favorite dishes?
I’m a breakfast person so I would probably choose the shakshouka pide, but the beetroot tagliatelle is one of my favourites, too. 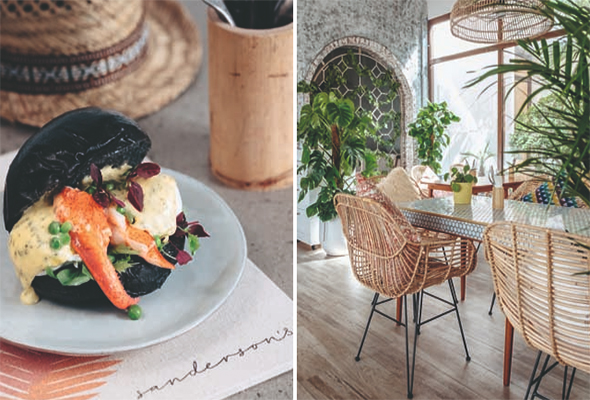 How would you describe the interiors?
The space is a bright and cosy environment, reminiscent of an LA juice bar or an Ibiza café.

What do you think of the Abu Dhabi’s food scene?
It’s a very different scene than Dubai, and it’s growing and changing very rapidly. While there are many restaurants in the capital most of them focus on the evening trade. We believe there is a potential to shine with exciting morning concepts. 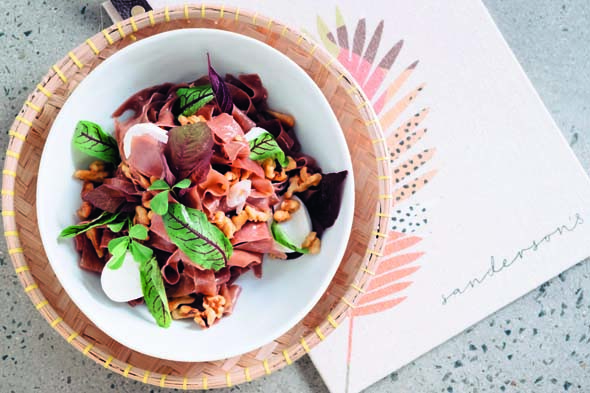 What’s the key to a successful restaurant?
I don’t believe there is a formula, but I think it’s important to know what kind of concept you are doing, and ask yourself where and why you’re doing it. Making sure the business plan and financials are in order is also key. Having said all that, there are two main elements that will make it or break it: consistency and your team. Customers always keep coming back based on consistency of the food but also because the service is excellent.

What’s next?
I’m focusing on maturing Sanderson’s and making sure it’s consistent. There are a few other projects in the pipeline, but we can’t talk about them yet. Maybe in our next interview…

Eat & Drink
EDITOR’S PICKS
13 Sheikh Hamdan-approved restaurants in Dubai
READ MORE
Dubai brunches temporarily banned in new preventative measures
READ MORE
12 upcoming Dubai mega-projects we can't wait for
READ MORE
16 of the best beach bars in Dubai for sundowners
READ MORE
MOST POPULAR
Enjoy brunch, breakfast and a stay at Westin Abu Dhabi from Dhs432
Get a free gym class at this cool new Dubai gym
Pics of the week: Your best photos of the UAE
Emirates Airlines and DHA to implement digital verification of traveller medical records
7 of the tastiest breakfast burgers, buns and baps in Dubai
YOU SHOULD CHECK OUT
Our website uses cookies and other similar technologies to improve our site and your online experience. By continuing to use our website you consent to cookies being used. Read our privacy policy here.