It’s almost a new month, and with it comes plenty of new things to do. Whether it’s the hotly anticipated arrival of a new hotel on The Palm or superclub in d3, or a free yoga festival you’ve been waiting for, February is the month to be excited about. Elsewhere there are some brilliant live acts, a food festival and a fitness challenge.

Plus, in a landmark visit, Pope Francis will come to the UAE for the first time this month.

So as we dive into a new month, make sure to get these 10 things on your February bucket list.

From February 1: Check into a brand new hotel 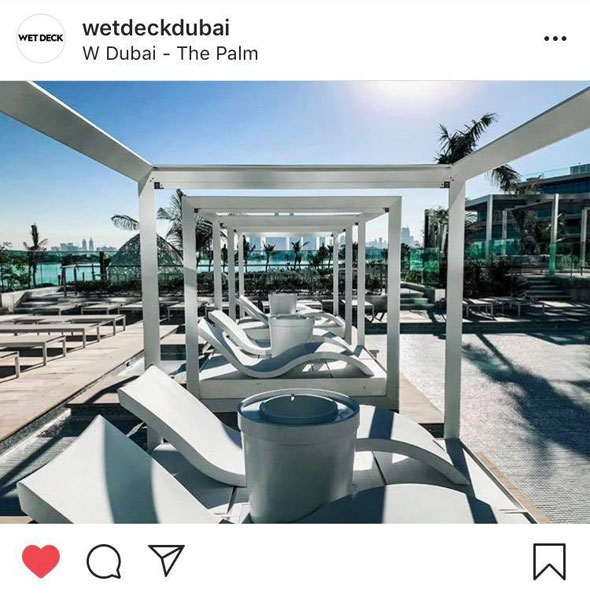 The hotly anticipated W hotel is set to open on the Palm on February 1. Guests can bask in Arabian Gulf or Dubai skyline views from the extensive terrace of one of the resort’s 350 guest rooms, including 58 suites. There will be a big leisure and spa focus here, with the region’s first AWAY Spa which combines a lively atmosphere with the ultimate pampering experience, a wet deck that sets the scene for poolside play, two celebrity chef led restaurants and a state-of-the-art gym.

February 1 and 2: Flex up at a free yoga festival

More than 15,000 yogis are expected to descend on Kite Beach on February 1 and 2 for the region’s largest yoga festival. XYoga Dubai will see two full days of more than 60 free classes for all ages and abilities, led by some big local and international names in yoga. Yoga fans can sign up for heaps of free sessions hosted by some of Dubai’s top studios including Nilaya House, Urban Yoga, Yoga House, Yoga Ashram, Dryp, Lotus Holistic Yoga Center and Voyoga. 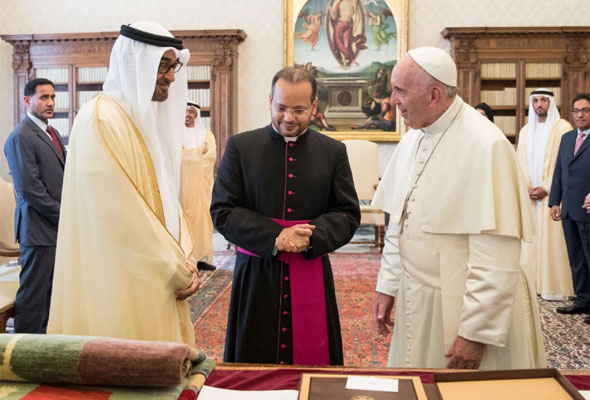 Pope Francis is set to visit the UAE this year for a landmark, three-day visit which will take place from February 3 to 5. It will be the first time a Pope has ever come to the UAE. On Tuesday February 5 at 10.30am, there will be a Holy Mass at Zayed Sports City Stadium, where 120,000 Catholics in the UAE will gather. The Papal mass is the most awaited event from the three days of the Pope’s visit to the UAE, which is home to nearly a million Catholics all eager for a chance to catch a glimpse of the bishop of Rome. Tickets have already been allocated, but you will be able to watch it on live broadcasts at churches across the UAE, or on a livestream on the official visit website, as well as on the Vatican’s YouTube channel. 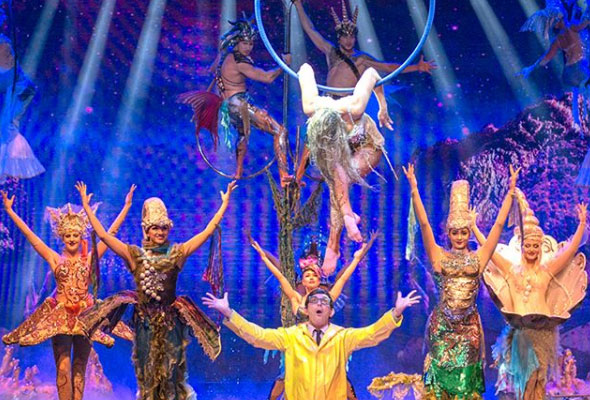 The aptly called ‘Wow’ show hails from Las Vegas, and will run for six weeks from February 11 at The Rotunda at Caesars Palace, and promises a dazzling display of family-friendly variety acts. The fast-paced show features more than 30 acrobats, aerialists, dancers and performing artists who fly, flip, fold and dance their way across the stage. It’s accompanied by impressive 3D projections and multi-media holograms. 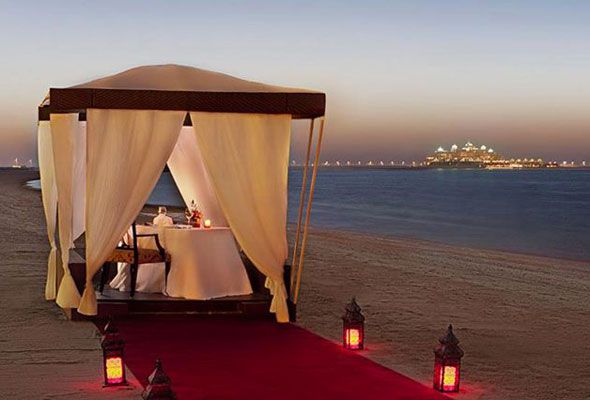 Enjoy an unforgettable dining experience under the stars at Jumeirah Zabeel Saray on the Palm Jumeirah. You can customise your menu beforehand, then on the evening you’ll be served by your won butler, with a gourmet dinner on the beach in a private gazebo.

The famous outdoor Beirut nightclub Skybar is coming to the city, and it’s expected to open this month. Called Sky 2.0 in Dubai, the exciting new space will open its doors in Dubai Design District. Although few details have been revealed, its Lebanese counterpart can house up to 2,500 guests, so we’re expecting a similar super-sized venue when Sky2.0 arrives in Dubai this February

The 2019 Emirates Airline Dubai Jazz Festival is a goodie – with some brilliant acts headed to Dubai Media City Amphitheatre this February. Irish rockers Snow Patrol will open the show, followed by a performance from Jamiroquai. Closing the show will be Alicia Keys, who will be closing the show on February 22. Keys – sometimes described as the Queen of R&B – will be returning to the UAE for the first time since her Set The World On Fire tour back in 2013.

February 21 to March 9: Get involved in some foodie action 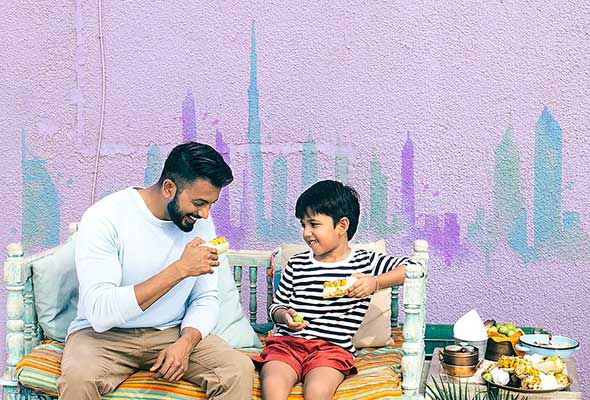 Cook food with celebrity chefs, vote for your favourite hidden gems, and eat lots and lots of food at the annual culinary extravaganza, Dubai Food Festival. Bigger and better than ever, expect pop-up restaurants on the beach, celebrity chefs, market stalls and a selection of the city’s finest restaurants will be serving gourmet three-course meals for a fraction of the usual price.

February 22: Test your strength with an obstacle course in the desert 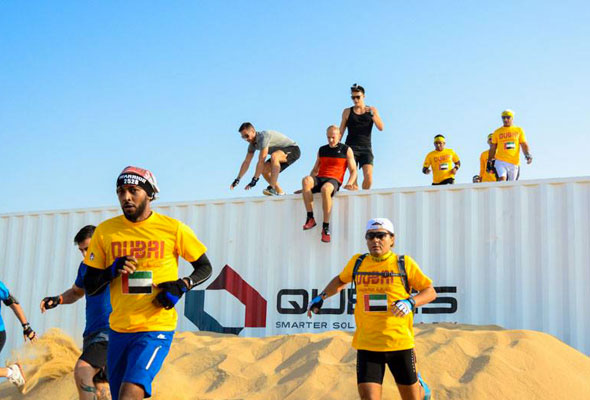 Adrenaline junkies get ready, the original Dubai obstacle course, Desert Warrior Challenge, is back but at a brand new location: Al Marmoon AKA Al Qudra Lakes. There are three courses: Ultimate Warriors will take on 20+ obstacles over 10km, Fearless Warriors will be smashing through 12+ obstacles over 5km. Children aged six and over will also get the chance to take part in a 1-2km Junior Warrior course, with eight obstacles to conquer.

February 28: See The Godfather in concert 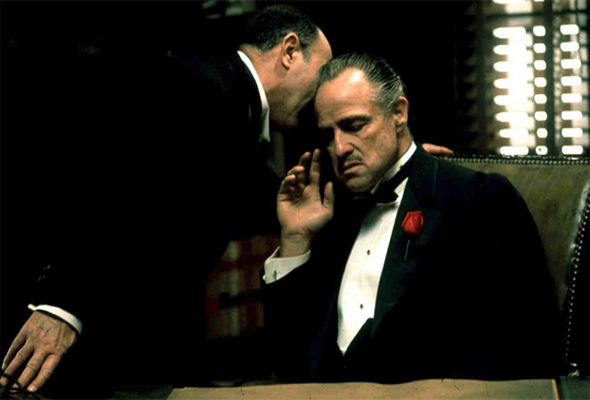 It’s fine watching films on your phone while squished on the metro but you need a massive screen to really absorb the wonder of blockbusters. Add in a live orchestral accompaniment and the majesty of the Dubai Opera and you’ve got yourself a recipe for an epic experience. This February, get ready to experience The Godfather with live orchestral accompaniment in the spectacular surroundings of Dubai Opera when The GodFather LIVE comes to town

Things to do
EDITOR’S PICKS
Here's the full list of UAE public holidays in 2023
READ MORE
23 incredible things to look forward to in the UAE in 2023
READ MORE
Hidden gems: 10 UAE desert pop-ups to discover this winter
READ MORE
Where to travel in 2023: 10 new flight routes from the UAE
READ MORE
MOST POPULAR
16 incredible mega projects coming to Abu Dhabi soon
The epic Asian Le Mans Series returns to Dubai Autodrome this month
Snapped: Celebrities spotted in the UAE this week
With its unique decor, Dubai's La Nina restaurant evokes tales of distant travels
Reservations are now open for French restaurant Fouquet's Dubai
YOU SHOULD CHECK OUT
Our website uses cookies and other similar technologies to improve our site and your online experience. By continuing to use our website you consent to cookies being used. Read our privacy policy here.