Renowned for being the first 7-star hotel in the world, the iconic Burj Al Arab now has another string to add to its bow – seven Michelin stars, with the appointment of its three new chefs.

Joining the group’s current ten celebrity restaurants are Francky Semblat, Kim Jonie-Maurin and Kasper Kurdahl. Described as culinary experts, Francky and Kim are both graduates of Joel Robuchon’s acclaimed school of excellence, whilst Kasper has worked alongside distinguished culinary chefs such as Roger Souvereyns. 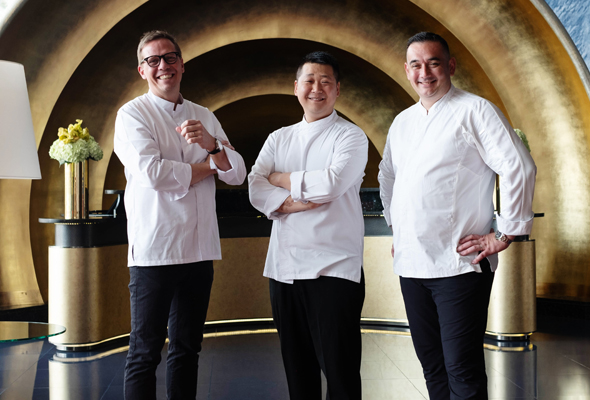 Chef Francky will be joining French restaurant, Al Muntaha, which has stunning sea views from the 27th floor. Sky View, with decadent afternoon tea and mouthwatering tapas, will welcome Chef Kim. Chef Kasper is to join the Al Mahara restaurant, famous for its floor-to ceiling aquarium and stunning seafood dishes. 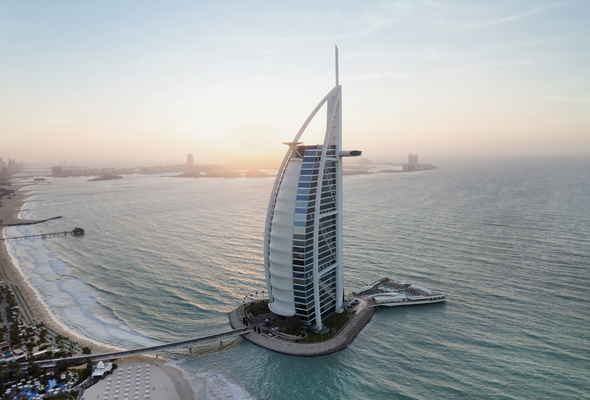 Anthony Costa, Regional Vice President of Jumeirah Group and Managing Director of Burj al Arab, who appointed the three celebrity Chefs said, “I am thrilled to be welcoming Chefs Kasper, Francky and Kim to Burj Al Arab. Their experience at some of the world’s best restaurants coupled with their diverse backgrounds and entrepreneurial adventures will pave the path to a wonderful gastronomic journey.”

The announcement of the new chefs, follows the recent appointment of Michael Ellis as Chief Culinary Officer who was the former Managing Director of the Michelin Guide.

Eat & Drink
Staycations
EDITOR’S PICKS
Exclusive Reveal: Topgolf Dubai is here and ready for action
READ MORE
65 of the best outdoor bars and terraces in Dubai
READ MORE
7 brilliant dining deals in Dubai this month
READ MORE
18 of Dubai's most Instagrammable breakfast spots
READ MORE
MOST POPULAR
The stunning Hermès Carré Club is now open in Alserkal Avenue
Pics of the week: Your best photos of the UAE
Watch: A look inside Conor McGregor's Dhs20,000 per night Dubai villa
Discover the art of yoga at Louvre Abu Dhabi
Exclusive reveal: Off the Wall is an artsy, one-of-a-kind cocktail bar in Dubai
YOU SHOULD CHECK OUT
Our website uses cookies and other similar technologies to improve our site and your online experience. By continuing to use our website you consent to cookies being used. Read our privacy policy here.