In October 2019, Downtown Dubai will launch its answer to the Hollywood Walk of Fame, Dubai Stars. The attraction will eventually host 10,000 names of public figures who have positively influenced the industries of music, film, art, architecture, sports and literature.

The first name to have been revealed and invited to the grand opening party for the first 400 stars, is designer Elie Saab. The fashion-turned-lifestyle designer has been working since the 1980s, when he was primarily a bridal-wear designer in Beirut.

He has had global success, after becoming the first Lebanese designer to dress an Oscar winner in 2002, he went onto dress a number of well-known celebrities in the US, including Nicole Kidman, Beyoncé, Angelina Jolie and Sandra Bullock. 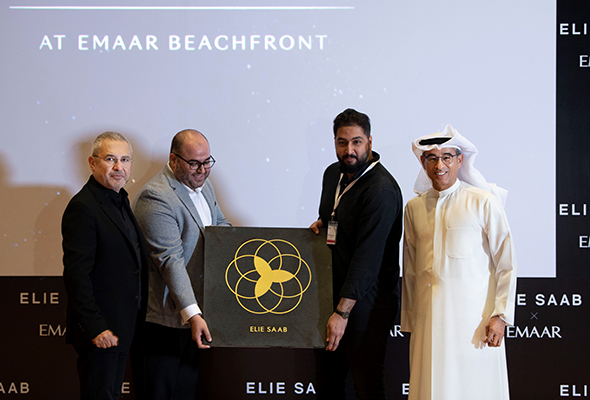 Moving on from the fashion world, Saab has recently signed a deal with Emaar to design the interiors of the developer’s latest residential project ‘Emaar Beachfront’. The gated island destination aims to offer an exclusive island lifestyle overlooking the sea and the Palm with a private beach, private marina, and several sport and resort-style facilities. It will be accessed from Sheikh Zayed Road, Dubai Marina and The Palm.

Chairman of Emaar, Mohamed Alabbar said: “Elie Saab is the pride of the Arab world, and a fascinating international success story. Every aspect of these glamourous residences is personally designed by Elie Saab, who brings his rare genius and aesthetics to create a new architectural and lifestyle expression. It is our honour to be associated with him.”

Dubai Stars will feature four times as many stars as the Hollywood Walk of Fame, and aims to attract tourists from around the world to search for their favourite personality among the stars.