Get ready for some belly laughs as British comedian and TV star Alan Davies is set to headline a huge new comedy gala in Dubai this June.

Taking to the stage on Friday June 14 at Dubai Opera, Davies will be joined by fast-risings stars Rhys James and Tom Lucy, as well as host Jarred Christmas for the comedy gig.

Best known as the resident dunderhead on QI, and also for his role on BBC crime drama Jonathan Creek, Davies’ witty story-telling and classic stand-up style have won him a host of fans, and accolades, through his career.

He’ll be joined at Dubai Opera by Mock The Week favourite Rhys James. Still in the early years of his career, James has already sold out the Edinburgh Fringe and the Soho Theatre in the UK, so we can’t wait to see his new material live in Dubai. 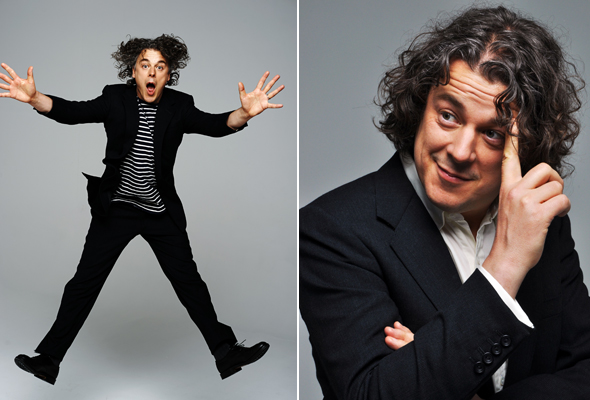 ALSO READ: 12 brilliant shows and concerts still to come in Dubai in 2019

Also joining them is Comedy Central star, Tom Lucy. At just twenty-two years old, he’s one of the youngest professional comedians on the circuit. Tom’s first stand up gig was at aged just 16, and he now performs regularly for the UK’s top comedy clubs including The Glee Clubs, The Stand, Komedia, and The Comedy Store.

Completing the line-up is comedian and host, Jarred Christmas. His unique style of comedy mixes gags with storytelling, and his ability to improvise through his gigs, make his performances brilliantly raw and original.

Tickets start from Dhs150, with an early bird discount of 20 per cent available on VIP and Platinum seating categories until April 25.

Culture
Theatre
EDITOR’S PICKS
UAE holiday dates announced for Eid Al Adha
READ MORE
Emirates extends suspension of flights from India to UAE again
READ MORE
Coming soon: Everything we know about Ain Dubai so far
READ MORE
Khorfakkan set to open new tourist attraction 580 metres above sea level
READ MORE
MOST POPULAR
It's Dhs350 to brunch, stay and play at the What's On Lock In this weekend
UAE weather: Temps of over 50ºC recorded in the shade yesterday
Get a free Expo 2020 day pass when you fly with Emirates
A popular fairy-tale is gracing the stage at The Theatre at Mall of the Emirates in August
UAE petrol prices will increase again in August 2021
Exclusive interview: John Cena on his role as a 'douchey Captain America'
YOU SHOULD CHECK OUT
Our website uses cookies and other similar technologies to improve our site and your online experience. By continuing to use our website you consent to cookies being used. Read our privacy policy here.